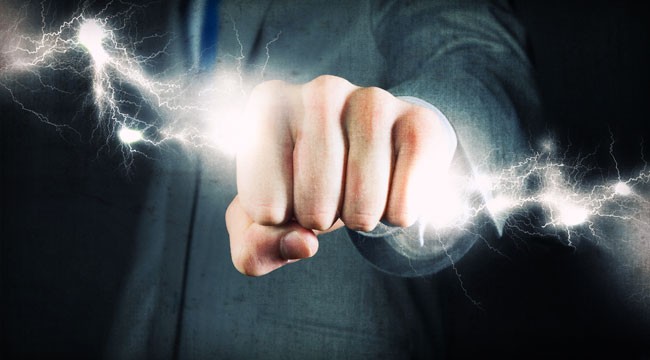 One of the most influential books among global power elites in the past 10 years is Shock Doctrine: The Rise of Disaster Capitalism, by Naomi Klein, published in 2007. The shock doctrine is an essential concept for understanding how power elites such as central bankers, finance ministers and the ultra-rich work behind the scenes to advance their agendas.

It’s also how today’s world could quickly turn into the dystopian 2024 scenario I’ve penned. This is not conspiracy mongering or science fiction; this is fact.

Shock doctrine is simple. Political leaders use crises to ramrod policies into place no one would accept in normal times.

When the shock occurs… People begin to value order above liberty.

The shock doctrine begins with the fact that power elites have agendas that take decades or even centuries to implement. These agendas include things like world money, global taxation, control of physical gold, population control and other plans intended to increase the power and wealth of the few at your expense.

Political elites are not fools. They understand that their agenda is highly unpopular. They also understand that democracy empowers everyday citizens and makes their unpopular plans hard to implement. This is where the shock doctrine comes in useful.

A shock can take many forms. It can be a financial panic, terror attack, natural disaster, assassination or other extreme event of a kind that seems to come out of the blue but is actually somewhat regular and predictable.

When the shock occurs, people become fearful and look to their leaders for comfort. People begin to value order above liberty. It is at these critical moments that the elites stand ready with a “plan” that will restore order but also secretly advance their agenda.

In effect, inevitable shocks are used as a cover to implement plans that you would not accept in ordinary times. Order is restored at the expense of liberty. When the shock wears off, the new order remains but liberty is lost forever. This is the shock doctrine at work. After each episode, the elites retreat and wait for the next shock, which is always just a matter of time.

A good example is the USA Patriot Act, passed by the U.S. Congress in 2001. This was the legislative response to the Sept. 11 terrorist attacks. There were a lot of good items in the Patriot Act that aided the global war on terror and helped to eliminate Osama bin Laden. But there is also much that has been abused in the years since.

You and I have lost our privacy and have our private communications, emails, phone calls and other records collected. If you’ve traveled abroad lately, you may have seen the new kiosks at Customs that take a digital retinal scan of each returning traveler. This is something that used to be handled with a paper passport.

Privacy and liberty are mostly gone as the result of policy responses to various shocks such as Sept. 11.

That retinal scan goes into a digital data bank, perhaps to be used to pursue political enemies, as happened in the recent IRS scandal. Privacy and liberty are mostly gone as the result of policy responses to various shocks such as Sept. 11. There are many other examples.

For investors, the important question is how will the shock doctrine be used next? What is the unfinished business of the power elites? What is the next part of the hidden agenda to be revealed? And what shock will be used as cover to advance that agenda?

These questions have definite answers. Regardless of those agendas and coming shocks, there are things investors can do today to avoid being manipulated by the power elites.

These strategies, which I cover in Strategic Intelligence, should be implemented now before the next shock arrives and options become limited or unavailable. The power elites will continue to play the shock doctrine game. But you do not have to be the victim. The key is to know how the shock doctrine works and prepare now before the next shock strikes.