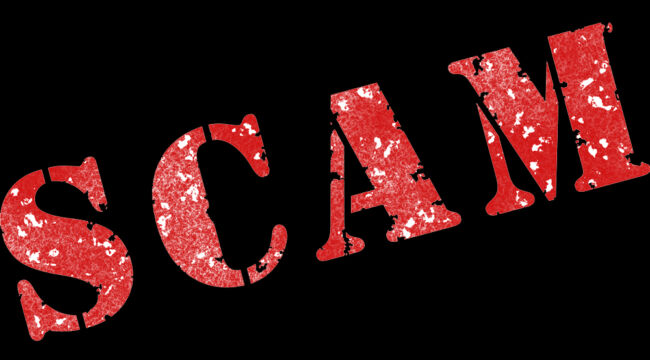 The incredible meltdown of FTX and the Bernie Madoff scam long before should tell us a thing or two about how much the government will protect us against scams. It does not and will not.

Too often, government itself is part of that scam.

That certainly seems true in the above two cases. And perhaps this is why Sam Bankman-Fried is being treated with kid gloves, with his $250 million bail not involving one bit of cash.

The sad reality is that while FTX is a big fish in the world of scams, it is one of many. They are on the loose all over the world today. In every country. They are growing in sophistication. Some of the services out there that promise to protect you against scams, and get your money back if you have been scammed, are themselves scams. It’s a hard truth.

They all work on the same principle: gaining your confidence and blinding you with the promise of high return.

The Lady From Hong Kong

A quick story from this morning. I have a friend in Northern Europe who is a musician with a big and wonderful heart. He gets paid a pittance to do what he does but it is the life he has chosen and he is happy with it.

His father died two years ago and left him about $150,000. That money was a great gift to this man who had no savings at all and no plan for what to do when he became too old to teach, conduct and compose. He put it in the bank in an account invested in a balanced and conventional portfolio with some emphasis on tech stocks.

He looked at his account in the fall and was shocked to see that he had lost some 25% of it. He became angry at the bank and withdrew his money and kept it in a stock account. He was sad.

During this period, somehow, some nice lady from Hong Kong contacted him (I’m unclear how) and explained that her uncle owns a crypto trading firm that is making great profits. She proposed to help him.

Somehow, given his desperation and naivete, he believed she was an angel from heaven who would help make back his money. All he needed to do was send $10,000 to her and she would care for it in a crypto account, get a 15% return and then the money would be sent back.

Sure enough, his crypto account showed a 15% return, so of course the lady asked for $50,000 more so that he could make even more money. He did that too.

His crypto exchange account kept growing so he felt pretty smart and happy. He suspected that there was something vaguely illegal taking place but decided not to press too hard because he was thrilled at the return.

Then she asked for $75,000 more and he did that too, thinking that all his money was safe and he could get it back anytime. Then she asked for $150,000 and suggested that he borrow the money and pay it back because of the sure return.

A Moth to the Flame

You know where this is going, right? He began to get suspicious and decided to take his earnings. He logged into his crypto account to request the money. He got the following message that said he owed a fine due to illegal activity and that he only needed to pay it in order to get it back.

In other words, the scam existed in many layers to the point that the saviors themselves were part of the con game.

Do you see what is wrong with this message? Not everyone can. It’s a classic scam. But he nearly paid it because he was so desperate for his money. That’s when he wrote me. I explained that he had been robbed and likely would never see his money again. Nor is it likely that the police or any regulatory agency would get it back.

Thus his entire inheritance disappeared. Of course, he feels foolish. I tell the story because this is a brilliant man. And a good man. He is no sucker. But his sadness at financial losses made him vulnerable to being preyed upon. The truth is that almost anyone can fall for a con game, some of them the oldest in the history books. Economic downturns do this to people, and scamsters thrive more than ever.

FTX and the State

My suggestion is never to trust some custodian of your money unless it is a reputable firm with a long track record. This is especially true in the crypto sector. There are very few exchanges that you can use, and you are always better off holding your assets in a private wallet that you control or in cold storage.

Get that money off the exchanges! Why use them at all? Because you have to for on ramps and off ramps. Otherwise, your money should be your own.

Billions will forever remain missing in the case of FTX. All evidence I’ve seen points to an incredible reality with this firm, which is not that it was a private scam as such but something worse. It was set up with the blessing of very powerful people to serve as a money-laundering operation to bring about the downfall of Donald Trump and tighten the grip of government over society.

A crypto fund operating in the Bahamas was a way of getting around campaign finance law. It worked until it did not need to work anymore.

Will there be justice? No chance of that. The only question is whether SBF himself will be sacrificed. That’s the essence of the fight right now.

For three years now, we’ve been lied to constantly about nearly everything: virus control, education, health, vaccines, inflation and recession. You know this. All it takes is a trip to the grocery store, where in some parts of the country you will find $9 heads of iceberg lettuce and $10 cartons of eggs. We are being pillaged, no question about it.

Only seven months ago, Biden claimed that inflation had fallen to zero!

So two types of scams surround us today: public and private. Both are operating at great ferocity and capturing many innocent people into their rackets. This is going to get worse rather than better over the coming two years as profits fall and whole institutions die out.

Be on guard! It’s a no-brainer that anyone promising a guaranteed return via some transfer of cash to crypto is a scammer.