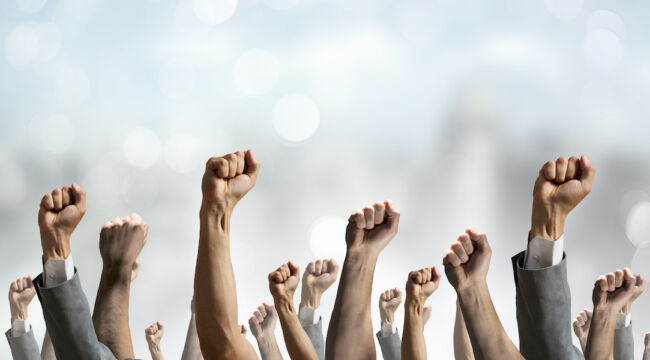 Today we hoist the black flag of anarchy… and plot illicit acts.

For the spirit of sedition steals over us. And passion overmasters our typical Olympian serenity.

We may be declared infamous and set down as an insurrectionist. We may be sent to the gallows.

Do we break heads? Do we holler against the police?

Do we incite our fellow Americans to thieving, to arson, to bedlam?

Instead we beseech Americans to reclaim their ancient and God-granted liberties.

That is, we beseech Americans to defy the government freezes that imprison them in their homes… and wreck their livelihoods.

All About Saving Lives?

We issue today’s war cry for one central because:

The government authorities that mandated these “lockdowns” clearly do not take them heavily.

That is to say, predictable.

These gushers of human compassion assured us the public health was their highest thought, that they had no thought beyond the preservation of life.

In consequence… they mandated the self-incarceration of perhaps 300 million Americans.

Yes, it would comatize the economy, they conceded. Yes, stores, restaurants, alehouses, theaters, schools, worship houses, beaches, parks and other places of public resort would be locked.

Yes, millions and millions of Americans would be thrown from their jobs.

Yet these unprecedented, egregious and breath-stealing measures were necessary… else the pandemic would overwhelm us. We were denied all choice.

This is what our jailors told us.

And they sobbed the saltiest tears that ever streamed down cheeks…

“If it saves one life,” sniffled Gov. Cuomo, the incalculable expense was worth the sacrifice.

Starting last weekend, the Minneapolis “protests” fanned out to the Empire State.

“Social distancing” was universally flouted at these protests.

Thus the elderly Mrs. Cuomo was placed in gravest jeopardy… as was your mother… and mothers throughout New York state.

Did the governor dispatch the National Guard to disperse the jeopardizers of motherhood?

Recall, he’d insisted the socially distant lockdown was vital for the public health. It was worth whatever economic hell they raised “if it saves one life.”

Yet the governor did not dispatch the National Guard to disperse the jeopardizers of motherhood.

Instead he endorsed pandemic-spreading on a Himalayan scale.

“We encourage people to protest peacefully and make their voices heard.”

They could just go ahead and munch cake.

Secure yourself an “essential job,” he told them:

Yet as regards these new protests… he carols a different melody.

It’s All About Priorities

These acts, we are told, transpired in Brooklyn.

Take aboard the lesson — if you can worry it down:

The authorities will look away from mass lawlessness. Yet they will heave the lawbook at the man who snips a fellow’s overgrown hair.

If they can let protesters potentially distribute the virus massively… they can jolly well let a fellow scissor hair… or let a woman ruby someone’s fingernails.

If you can give blessings to protesters who are exercising their right to protest without social distancing, then surely we can be free to practice our right to conduct business in a safe and social distanced manner with masks and sanitizing.

Meantime, we train our guns beyond the state houses and city halls of America…

Mass Gatherings Spread the Virus… Except When They Don’t

“Public health experts” have wagged their fingers at us for months.

Thousands and thousands of businesses must remain dark — even if the lights never snap back on.

This isolation is the price we must pay, said these wiseacres. Else the pandemic will spread and all species of calamity would follow.

And no more than three family members could mourn graveside at a dearly deceased’s funeral.

The risk was too great… lest others soon join him under the sod.

Yet these same health care experts presently shower down blessings upon mass assemblies… provided these assemblies are worthy of their blessing.

Over a thousand of them have signed their names to this statement:

We do not condemn these gatherings as risky for COVID-19 transmission. We support them as vital to the national public health and to the threatened health specifically of Black people in the United States.

Just so. We too are heart and soul for the national public health and for Black people in the United States.

Does not COVID-19 particularly murder Black people in the United States?

We have read many health experts who insist it does.

Yet these are the health experts who would cruelly subject Black people to suffering and death through additional exposure… apparently.

We must conclude, as with the politicos, that these experts do not take heavily their own advice.

Understand, we file no protest whatsoever with the protests themselves — so long as they maintain the peace.

All Americans are secure in their right of peaceful assembly. All Americans may petition their government for redress.

If they wish to rage against what they consider police excess… then let them march.

We too are against police excess.

Yet we are also heart and soul for consistency… and against hypocrisy.

You Can’t Have It Both Ways

If the streets can throng with protesters without risk of transmission…

Either the virus is a menace demanding universal isolation — or it is not.

Yet you cannot have it both this way and that way.

We grant no exceptions.

We are one with Mr. Robby Soave, senior editor at Reason magazine. Says he:

It’s clear that we’ve come to the point where people can no longer be expected to stay at home no matter what. Individuals should feel empowered to make choices about which activities are important enough to incur some exposure to COVID-19 and possibly spreading it to someone else, whether that activity is reopening a business, going back to work, socializing with friends or joining a protest against police brutality. Health experts can help inform these choices. But they can’t declare there’s just one activity that’s worth the risk.

Thus we speak our piece for civil disobedience.

Rise up, America. It is time to unlock your locks.

You have nothing to lose but your isolation…