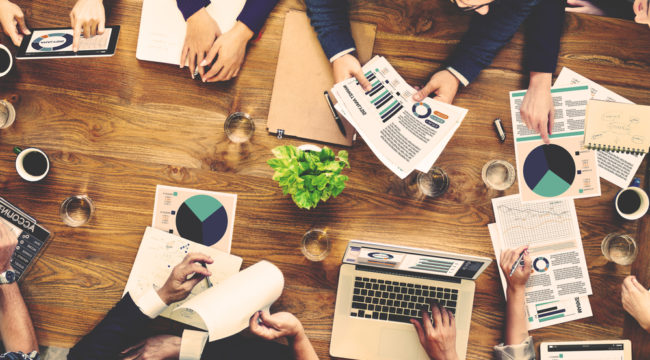 Revealing the Real Rate of Inflation Would Crash the System

Our real-world experience tells us the official inflation rate doesn’t reflect the actual cost increases of everything from burritos to healthcare.

In our household, we measure inflation with the Burrito Index: How much has the cost of a regular burrito at our favorite taco truck gone up?

Since we keep detailed records of expenses (a necessity if you’re a self-employed free-lance writer), I can track the real-world inflation of the Burrito Index with great accuracy. The cost of a regular burrito from our local taco truck has gone up from $2.50 in 2001 to $5 in 2010 to $6.50 in 2016.

That’s a $160% increase since 2001; 15 years in which the official inflation rate reports that what $1 bought in 2001 can supposedly be bought with $1.35 today. This enormous loss of purchasing power is not reflected in the official measure of inflation, which claims inflation is subdued (1% or so annually).

If the Burrito Index had tracked official inflation, the burrito at our truck should cost $3.38 — up only 35% from 2001. Compare that to today’s actual cost of $6.50 — almost double what it “should cost” according to official inflation calculations.

Since 2001, the real-world burrito index is 4.5 times greater than the official rate of inflation — not a trivial difference.

Between 2010 and now, the Burrito Index has logged a 30% increase, more than triple the officially registered 10% drop in purchasing power over the same time.

My Burrito Index is a rough-and-ready index of real-world inflation. To insure its measure isn’t an outlying aberration, we also need to track the real-world costs of big-ticket items such as college tuition and health insurance, as well as local government-provided services. When we do, we observe results of similar magnitude.

The takeaway? Our money is losing its purchasing power much faster than the government would like us to believe.

According to official statistics, inflation has reduced the purchasing power of the dollar by a mere 6% since 2011: barely above 1% a year. We’ve supposedly seen our purchasing power decline by 27% in the 12 years since 2004 — an average rate of 2.25% per year.

But our real-world experience tells us the official inflation rate doesn’t reflect the actual cost increases of everything from burritos to healthcare.

The grim reality is that real inflation is 7+% per year.

What would happen if the real rate of inflation was revealed? The entire status quo would immediately implode. Consider the immediate consequences to Social Security, interest rates and the cost of refinancing government debt.

So what happens if the status quo accepted the reality of 7+% inflation? Here are a few of the consequences:

The Social Security system would be revealed as unsustainable if real inflation (7+% annually) were made public.

2. Global investors might start demanding yields on Treasury bonds that are above the real rate of inflation. If inflation is running at 7%, then bond buyers would need to earn 8% per year just to earn a real return of 1%.

Central states are only able to sustain their enormous deficit spending because interest rates and bond yields are near-zero or even below zero. If the federal government suddenly had to pay 8% to roll over maturing government bonds, the cost of servicing the existing debt — never mind the cost of borrowing an additional $400 billion or more every year — would skyrocket, squeezing out all other government spending and triggering massive deficits just to pay the ballooning interest on existing debt.

Bond yields of 8+% would collapse the status quo of massive government deficit spending.

3. Private-sector interest rates would also rise, crushing private borrowing. How many autos, trucks and homes would sell if buyers had to pay 8% interest on new loans? A lot less than are being sold at 1% interest auto loans or 3.5% mortgages.

4. Any serious decline in private and state borrowing would implode the entire system. Recall that a very modest drop in new borrowing very nearly collapsed the global financial system in 2008-09, as the whole system depends on a permanently monstrous expansion of new borrowing to fund consumption, student loans, taxes, etc.

The grim reality is that real inflation is 7+% per year, and this reality must be hidden behind bogus official calculations of inflation as this reality would collapse the entire status quo.

Who’s being destroyed by 7+% real inflation? Everyone whose income has stagnated and everyone who depends on wages rather than assets to get by — in other words, the bottom 95%.

How come we haven’t heard about that this election season?