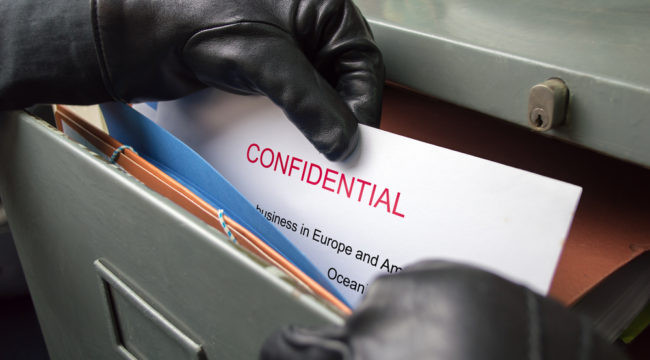 REVEALED: The Secret Pages of the 9/11 Report

For 14 years, the U.S. government has been holding back the full story about 9/11…

But due to tremendous pressure from the 9/11 victims’ families and a few courageous members of Congress, that information has finally been made public.

All of it was quietly released over the weekend.

As Mulder from the “The X-Files” would say, “The truth is out there.” And the revelations you’re about to learn are explosive…

You Can’t Handle the Truth

Following the terrorist attacks on September 11, 2001, Congress set up a joint committee to investigate. And six months later, the committee released its findings.

But the Bush administration redacted a mysterious portion that became known as the infamous “28 pages.” (Now we know the actual number was 29.)

They told us we were kept in the dark for our own protection. The redacted material was too sensitive for us to consider. It might harm national security if everyone knew.

Well, here’s a sample of the truth you supposedly couldn’t handle…

– The FBI had evidence of a 9/11 “dry run” being carried out months before the actual attacks by men flying to an event at the Saudi embassy in D.C. Their plane tickets were paid for by the Saudi government.

– The phone number of Saudi Ambassador Prince Bandar’s company was found in the phone log of senior al-Qaeda operative Abu Zubaydah when he was captured. So was the phone number for a bodyguard who worked for Bandar at the Saudi embassy in D.C.

– A man the FBI believed was a Saudi intelligence officer paid the hijackers rent in San Diego and helped them find flight schools.

– Tens of thousands of dollars were transferred from Prince Bandar’s bank account to a Saudi man who financially supported two of the 9/11 hijackers before the attacks.

– A Saudi interior minister stayed at the same hotel as the Pentagon hijackers the night before the 9/11 attack. He was rushed out of the U.S. at Prince Bandar’s request before he could be re-interviewed by suspicious FBI agents.

But the true scope of Saudi government involvement in 9/11 is summed up best by this snippet from the New York Post:

A CIA memorandum dated July 2, 2002, stated unequivocally that the connections found between the hijackers, the Saudi embassy in Washington and Saudi consulate in Los Angeles are “incontrovertible evidence that there is support for these terrorists within the Saudi government.”

Your Government Is Lying to You

Why the “big lie” this whole time?

Well, the Saudi government’s involvement in 9/11 was an inconvenient truth for the Deep State.

Emotions were raw after 9/11. And the American people would have wanted retribution against the Saudis if they knew the true extent of their involvement.

But that didn’t fit into the elite’s agenda…

The Saudis are extremely close to the Bush family… especially Prince Bandar. (His nickname is “Bandar Bush.”) And Big Oil has incredibly lucrative business interests in Saudi Arabia.

Those players have been the deepest of Deep State members for decades. The cold-blooded murder of 3,000 Americans couldn’t compete with those relationships.

Having American rage directed at Saudi Arabia post-9/11 would have gone against the interests of the Deep State… and thus the highest levels of the U.S. government buried the evidence.

And that’s the most important lesson to learn from this unsavory event: The Deep State always wins…

The United States government worked overtime to paint the narrative that al Qaeda acted alone in 9/11, with no state sponsors. And the 15 Saudi hijackers who could barely speak English unequivocally received no outside assistance for their terror missions.

We now know that lie was on a par with Bubba’s Lewinsky lie. But the 9/11 lie was truly perverse, keeping Americans in the dark about the true threat they faced.

But the “no Saudi government involvement’” narrative was necessary to allow the elite’s war machine to make a fortune wreaking havoc during the Iraq War. And the relationship with our “ally” Saudi Arabia was then preserved.

The American people were sold propaganda on an epic scale while the money interests of the Deep State were served in the end.

So the next time you see a congressman, senator, governor, Supreme Court justice or U.S. president come on TV, look you in the eye and tell you how it is… just keep 9/11’s real truth in mind when they pump you full of their next “big lie.”

Today, Jody Chudley reveals the TRUE Mohammed Bin Salman, and explains how his actions could spike oil to $400/barrel…