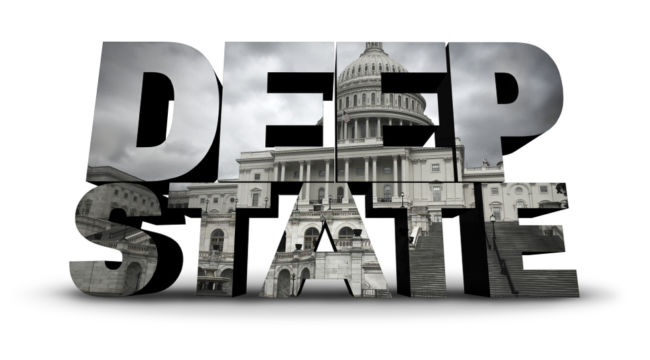 Politics has us all in siege.

Morning, noon, evening, night, we cower beneath a raining bombardment.

Much of the barrage — unsurprisingly — addresses the ghastly villainies of President Donald Trump.

He is a bull amok among the porcelain.

In him we find the scoundrel par excellence, the nearly perfect rascal, the matchless menace — Nero himself, plucked out of hell and set down among us.

He is guilty of every crime on the calendar, we are told.

He has violated every decency. He has transgressed every rule, written and unwritten.

Is there any piety that he has not trampled beneath his stomping feet?

The Democratic Party is naturally after his scalp. But even much of his own party is against him.

Yet if a man can be judged by the enemies he makes… we can only conclude the president is a capital fellow, a pearl among the swine.

A Pox on Both Their Houses

In our subversive and dastardly telling, Democratic and Republican parties alike can go to a very hot place.

Both are crewed by marauding gangs of rogues, knaves, trimmers, jacklegs and cads.

Both massively raid the peace, prosperity and liberty of the American people.

It is true, we have often wagged a disapproving finger at Mr. Trump.

His extravagant spending has made a cruel jest of Republican fiscal custodianship… such as it is.

Debt and deficits have inflated to obscene proportions under him — during an expansion — when they should be coming down.

What is more, we harbor the gravest reservations about his trade war.

In short, we pound no drum, blow no bugle for the president.

To begin with, his wild and bombastic gabble puts all of Washington — and 97% of the media — on their guard.

And the republic is safest when the guard is up.

But the media issues constant alarms against him.

Meantime, the bureaucracy beneath him disregards his instructions. His own Cabinet selectively enforces his edicts.

And the courts place roadblock after roadblock in his way.

Where, may we ask, is his Mexican wall?

Certainly a dictator would have one up by now.

Is this Genghis Khan?

Or is this poor old Gulliver, tied down and jeered by an infinity of Lilliputians?

From where we sit…

The far greater menace to the republic arises from the wily, professional politician who knows his trade.

But he understands power… and how to employ it.

This is the fellow to watch.

Mr. Trump — in comparison — is an untutored amateur, a blunderbuss, a 10-thumbed doofus.

He is so massively unschooled in the intricacies of his office… it is positively charming.

He hollers, he blusters, he barks.

But his bite seldom breaks the skin.

The president may well be impeached. Yet the greatest threat to his reign arises from the silent, invisible government that bosses Washington.

That is, from what is widely referred to as the deep state.

A deep state, also known as a state within a state, is a form of clandestine government made up of hidden or covert networks of power operating independently of a state’s political leadership, in pursuit of their own agenda and goals.

Mention the deep state in polite company. You will be mocked, scolded and harassed for trafficking in “conspiracy theories.”

But now… even The New YorkTimes concedes its existence:

“President Trump is right: The deep state is alive and well.”

But the Times does not condemn the deep state’s existence. Rather, it sobs in praise of it.

That is because the deep state is against the president.

Who Elected the Deep State?

But it is not the sinister, antidemocratic cabal of his fever dreams. It is, rather, a collection of patriotic public servants — career diplomats, scientists, intelligence officers and others — who, from within the bowels of this corrupt and corrupting administration, have somehow remembered that their duty is to protect the interests, not of a particular leader, but of the American people.

But did the American people elect “career diplomats, scientists, intelligence officers and others” to represent them at Washington?

Or did they elect Donald John Trump?

If they did elect Donald John Trump… are they not empowered to heave him from office next November?

Here he gives The New York Times a good, round piece of his mind:

The premise of the Times’ campaign is that the bureaucrats’ knowledge and positions give them the right and the duty to rule in defiance of elected officials — not just in cases like Trump’s, which they may consider extraordinary, but in general. In practice, this argument means that bureaucrats should obey elected officials only when these measure up to the bureaucrats’ progressive standards. That in turn means that the bureaucrats, whom we pay but may not fire, are the rightful deciders, and any notion of a sovereign people ruling themselves through representatives whom they elect and fire is a quaint and outmoded one to be discarded by those of superior understanding, like themselves.

“Who the hell do you think you are?” rages an indignant Codevilla. More:

Here is the irony, splendid and supreme:

If you accept The New York Times at its word, the deep state is a “collection of patriotic public servants” consecrated solely to the rule of law.

It forms a bulwark of defense against a lawless and corrupt American Caesar.

Its sabotaging of the president is therefore justified in full.

In their zeal to uphold the rule of law… these understrappers have themselves flouted and put aside the law.

It concluded the president stood 125 leaked stories across this span — one leak per day.

As explained in TheWall Street Journal, many of these leaks contained information potentially damaging to national security.

Damaging to national security under Trump’s capricious and self-serving standards?

No, damaging to national security under the standards of  Mr. Obama and the 2009 executive order he signed.

That is, many revealed “closely held information such as intelligence community intercepts, FBI interviews and intelligence, grand jury subpoenas and even the workings of a secret surveillance court.”

As the Journal reminds us, unauthorized disclosure of classified information constitutes a felony.

Who Will Guard the Guardians?

The question remains unanswered yet.

Voters have become deeply suspicious — and rightly so — of the federal bureaucracy. That’s damaging the country. Democrats insist they must remove Mr. Trump from office to save America’s institutions and restore its norms. Who’s doing the real damage to institutions and norms?