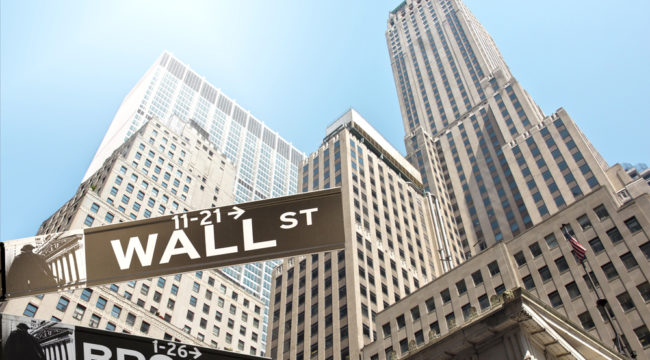 Return to the Pentagon

In my 2011 book, Currency Wars, I gave a detailed description of the first-ever financial war game sponsored by the Department of Defense.

This financial war game took place in 2009 at the top-secret Applied Physics Laboratory located about twenty miles north of Washington, D.C. in the Maryland countryside.

Unlike typical war games, the “rules of engagement” for this financial exercise did not permit the use of any kinetic weapons such as bombs, missiles or drones.

The only weapons allowed were financial instrument including stocks, bonds, currencies, commodities and derivatives.

The contestants included about 40 players on the six teams and another 60 participants including uniformed military, civilian defense officials and observers from the Treasury, Federal Reserve, CIA and other government agencies as well as think tanks, universities and financial industry professionals.

In that original financial war game, a scenario involving Russia, China, gold and the destruction of the U.S. dollar was played out against a backdrop of geopolitical events including the collapse of North Korea and a threatened Chinese invasion of Taiwan.

This new financial war game exercise was smaller and more focused than the one in 2009. I was one of three individuals from the investment management community. Our scenario this time was not global, but was limited to a confrontation between China and the U.S. in the South China Sea.

One of the main topics of discussion was the use of sanctions involving access to the Society of Worldwide Interbank Financial Telecommunication, known as SWIFT.

Contrary to the assumptions of many, SWIFT is not a bank or a financial institution itself. It is more like a phone company or internet service provider that facilitates communication among its members.

SWIFT has over 10,500 banks and asset managers as members and handles over 5 billion messages each year amounting to trillions of dollars of payments from one member to another.

In 2012, the U.S. and its allies were successful in kicking Iranian banks out of the SWIFT system.

This was extremely damaging to the Iranian economy and led to hyperinflation, bank runs, instability and social unrest until President Obama eased these sanctions in late 2013.

The U.S. Senate has more recently called for the use of SWIFT-related sanctions against Russia. In response, Russia has said that it would regard an effort to ban access to SWIFT as an act of war.

In our new financial war game, we asked; what would happen if the roles were reversed?

What if financial weapons developed by the U.S. were adopted by China and turned against the U.S. and its allies?

These and other interesting scenarios made for a long and lively day of discussions among our team of experts convened for this exercise in twenty-first century warfare.

I learned two lessons that day.

The first is that when nations engage in financial warfare, individual investors can be collateral damage. If China tries to attack the U.S. by closing the New York Stock Exchange, it will be tens of millions of Americans who will suffer an immediate loss of wealth as prices plunge and accounts are locked-down or frozen.

The second lesson was that the future wars will be fought in cyber-space using digital technology applied to payments systems such as SWIFT, FedWire, MasterCard, Visa and Europe’s Target2 system.

The answer to both threats — collateral damage and digital warfare — is to have some hard assets in physical form that cannot be attacked digitally. Such assets include cash and physical gold and silver, among others. These are the things that cannot be erased in a digital attack or frozen when payments systems are disrupted.

That’s why I recommend you keep some cash in a safe place outside the banking system. I’m talking paper money now. Having some cash is like having a battery and flashlights. I live in a place that occasionally gets hurricanes and nasty storms, so the power goes out on occasion. You want to keep some flashlight batteries around. And that means cash.

Remember, when the power’s out, nothing works. The ATMs don’t work. The gas stations don’t work, etc. It’s good to have some what we used to call in Philadelphia “walking around money.” But you can’t withdraw too much from your bank because the government won’t let you.

Try withdrawing $20,000 in cash from your bank and you’ll be reported to the government on a currency transaction report. That report will be put in a file right next to Al-Qaeda and the drug cartels, with the Financial Crimes Enforcement Network.

The point is, you might think you can get your cash, but you can’t. When you go down to the bank and actually try to, you’ll be treated like a criminal. This is of course part of the war on cash. The American people are being led like sheep to the slaughter. They’re being herded into digital pens, which are the banks.

Most people think we have a cash system. But we really don’t. How much cash do you carry in your purse and wallet? Probably not that much. You use your debit card. You use autopay. You use your online banking account. You use your iPhone if you have Apple Pay. You use your credit card. It’s all digital.

You don’t actually have that much cash, and if you try to get it, you won’t be able to get it.

That’s why I also recommend you put some money into physical gold or silver, in a monster box. A monster box has 500 ounces of American silver eagles, one ounce each. They cost about $10,000 on the market. You should find a good dealer that doesn’t charge too much commission.

But it’ll preserve your wealth. In an emergency situation, people will take it. Many people will gladly give you some groceries for a solid ounce of silver because no one trusts any other money.

I also recommend real estate as part of your portfolio. It’ll still be there if there’s a storm or a power outage or your bank’s shut down.

These are some of the things I recommend before the next great crisis strikes. They are important ways to preserve your wealth in the years ahead.