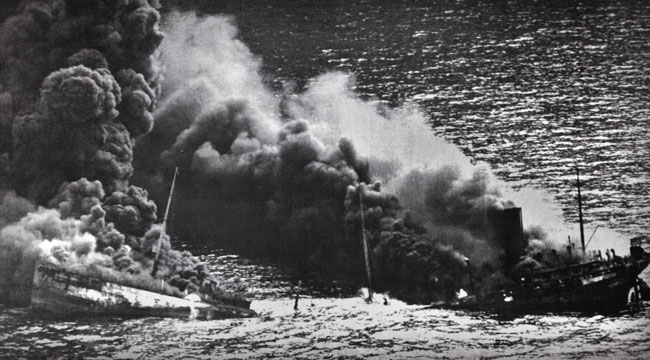 “Canada is the First G-7 Country to Hike Rates”

Today five years ago, the Bank of Canada raised rates 25 basis points. The were the first of the G-7 countries to raise rates, 1 ½ years after the financial meltdown of 2008. The Japanese Prime Minister Hatoyama indicated that he would step down (which would make him one of seven Japanese Prime Ministers that have quit in the last 10 years). Unsurprisingly, this put pressure on the yen.

A lot of hype was surrounding Korea five years ago today, after an international commission determined that a North Korean torpedo destroyed a South Korean Cheonan battleship. Markets were spooked, the press ran wild, and investors and traders were second-guessing whether or not war was imminent.

However, our editor didn’t appear too concerned, and assured our dear readers that these events were not the worst that these two nations have seen in the five decades prior. In other words, this was just a continuation of an ongoing civil feud. The Korean War itself still isn’t fully resolved, and it seems like, after having signed an armistice in July of 1953, North Korea finds a way to rattle its neighbors every few years. Our editor advised that speculators should not be hesitant, and that South Korea still offered great underlying fundamentals.

Five years ago, the demand for gold cleaned out the US Mint, which managed to ship out 190,000 one-ounce gold American Eagles — this even despite the physical metal at record nominal price levels for the time. The sales number had broken the record for any single month going back 11 years prior to 1999, when the US Mint sold a whopping 208,500 gold one-ounce coins.

Compare these figures to today, when, according to the US Mint website, only 5,000 one-tenth-ounce American Eagle Bullion coins have sold, making for only 500 ounces of gold total.

“Combatting Debt in the Age of De-Leveraging”

Not much has changed since 2010, when Bill Bonner penned this article about the main problem in the world economy being too much debt. When the government adds more debt, it only makes thing worse, causing inflation, deflation, bankruptcies, defaults, bear markets, and more. Small sovereign governments and state governments had already begun to de-leverage. Hmm… it’s a story that feels a little too familiar… is anyone else having deja-vu?

“Solving the US Debt Crisis with More Liquidity”

Ever hear the stock market advice, “Sell in May and go away”? Five years ago, we investigated this notion,  pointing out that during the last 60 years, the month of May has delivered the fourth worst average monthly return on the calendar, and, what’s worse, June, August, and September are the three worst months overall.

June and September alone have produced losses, on average, since 1950. All in all, the stock market is not a hospitable home for capital during the summer months. Roughly five years ago to the day, May 2010 was the worst May for the Dow Jones Industrial Average since 1941. Tell us, how was your May, and how is your June coming along?

“Some Oil Stocks are Oversold”

Remember that BP Oil Spill? Well, today, five years ago was twelve days after that happened. The stock market was still reeling from its effects. Leading the market down was none other than British Petroleum; plagued with legal issues, lawsuits, and already $1 billion deep in cleanup debt, with shares having fallen 15% the day prior. Things had gotten so bad that President Obama even announced a moratorium on all deep-water drilling projects.

If you compare that information to how BP’s performing today, you can see that, after taking a massive hit in the summer of 2010, the oil stock has made a decent comeback five years later. 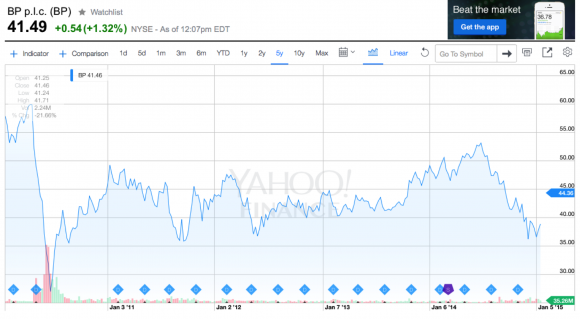 Chris Mayer shared his knowledge with readers on how to make a 100% gain in a foreign stock even if the price of the shares go nowhere in their home market. What was his secret? Currencies, and cheap ones at that. For US-based investors, one of the cheapest currencies was China’s renminbi.

China fixed the value of the yuan (renminbi) against the dollar, which was a big bone of contention between America and China, with the claim that China was holding the value of its currency down to make its exports cheaper. Despite the spat, some currency appreciation was inevitable over time. The value of the yuan rose 21% from July 2005 to 2008, before China stopped it. Chris consulted Murray Stahl, the savvy investor who ran Horizon Asset Management, and he told our editor that China’s currency might be as much as 50% undervalued.

Stahl wrote, “If [the renminbi] were allowed to float, one might expect returns of up to 100% from the currency exposure alone. For a U.S. investor holding Chinese securities, a rise in the value of the renminbi would provide positive returns, even if the local share price were to remain unchanged.”

“China’s Housing Market Worse Than US Before Subprime Collapse”

Your very own Daily Reckoners were debating over whether or not China is in a housing bubble way back in 2010, and it’s something we continue to discuss today. This article featured commentary from Li Daokui, a member of China’s own central bank’s monetary policy committee, who had publicly stated that China’s housing market is deeply troubled in a way that could cause profoundly negative financial and social outcomes.

He told the Financial Times that the property market in the US collapse as too many people were unable to repay their high-risk, or subprime mortgages, leading to a credit crunch in which thousands lost their homes and lending dried up. But in China, the high cost of housing could hamper future growth by slowing urbanisation, and preventing young people from owning homes. At the time of writing, Chinese authorities were testing a property tax in areas like Shanghai and Beijing, as well as introducing restrictions on home sales.

In 2010, despite nearly a trillion dollar eurozone rescue package, a UK research center proclaimed that Greece’s days using the euro were numbered, and that it was only a matter of time before the country must abandon the euro and default on the roughly €300 billion it had racked up in debt at that point.

Flash forward to 2015 and… nothing’s really changed. Greece is still using the euro, and today’s headlines are all about how Greece may need to take extreme and drastic action, or risk defaulting on their debt, as the IMF deadline payment of €305 million looms.

Dr. Marc Faber compared the airlines of the East and West, with Asian airlines coming out ahead. At writing, many carriers had slashed work forces, which resulted in worse airline service. Also, the US airline system was being taxed, because more planes and more people were flying than at any time since the 9/11 attacks. A year prior, in 2004, complaints about airline services increased by 27%.

Compare this to Indian Company Jet Airways, which, at the time of writing, commanded a 45% share of the Indian airline market, and, following its IPO, a market value of $2.8 billion. This airline had only 42 aircrafts, compared to 71 for America’s Jet Blue, and 1,000+ for AMR Corp, the world’s largest carrier. Bottom line? In Asia, airlines managed to not only make money, but to also provided excellent services. In the US, airlines had lost billions of dollars in prior years, and offered poor service (sometimes at best).

According to the United States Department of Transportation, the number of Air Travel Consumer Complaints between January – December 2013 totalled 9,684 complaints, compared to only 2,842 complaints regarding foreign airlines. 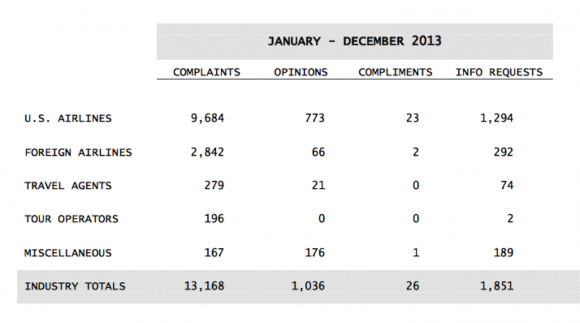 “Sell Bonds… Once More with Feeling”

The morning prior to writing, the Dallas Fed Governor, Richard Feisner, declared, “We are clearly in the eighth inning of a tightening cycle.” We predicted that inflation will not slouch off the field a loser, but instead a tedious, extra-inning affair after which bonds end up the loser. Net-net, our editor suspected 10-year Treasury bonds yielding 3.89% are better sold than bought.

He also predicted that, with the benefit of hindsight, the recent spike lower in bond yields had much more to do with temporary, non-economic influences, than with underlying macro-economic trends. Three short-term factors created a temporary surge of bond buying, while two long-term factors brought the buying to a halt, and gradually reinstated an enduring era of bond-selling. Below are the short and long-term influences/factors:

The short-term influences were:

The long-term factors were:

If the game were to go extra-innings, so to speak, the bond market could strike out entirely.

P.S. It’s hard to believe we’ve been publishing our Daily Reckonings for over a decade. Whether it happened five years ago or five minutes ago, The Daily Reckoning has and continues to report everything you need to know about the financial world, and how to protect and grow your wealth. It’s informative, it’s entertaining, and, best of all, it’s 100% free. Sign up here today to start receiving The Daily Reckoning to your inbox, completely free of charge.