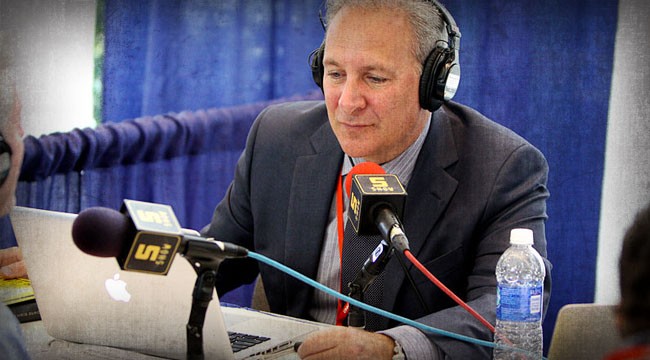 [Ed. Note: In 2014, a record number of Americans renounced their United States citizenship for the second year in a row. Even though exit fees are rising, more and more people are willing to jump through hoops to escape the American tax man. Indeed, our Chairman Peter Schiff even relocated one of his companies to Puerto Rico last year to reduce its tax burden. From his new condo in Puerto Rico, Peter shares his insights into this new American diaspora and how you can opt-out of overbearing government without leaving your country behind.]

0:28 – This record won’t last and will likely be broken again this year and the next, because America has the world’s most oppressive tax regime.

0:53 – The cost to file the form required to renounce one’s citizenship has been steadily increasing over the past few years.

1:35 – The IRS is going to turn up the heat on citizens living abroad, even though the United States is practically the only country in the world to charge its citizens on income earned overseas.

3:45 – Although the income tax and fiat money were ended after the Civil War, they’ve both been resurrected since and are worse than ever before.

4:30 – America could become a giant debtor’s prison as the government continues to raise the cost of leaving the country.

4:50 – Americans today are born with the burden of repaying the debts of prior generations, and the government will likely continue to raise taxes to cover its debts.

5:28 – At some point, the government will not be able to fund its debts through taxes. Instead, it will turn to inflation by printing money.

6:01 – You can avoid the inflation tax without renouncing your citizenship. Instead, you can renounce the US dollar.

6:42 – When it comes to protecting the future purchasing power of your savings, the best asset to own is one that the Federal Reserve can’t print – gold and silver.

[Ed. Note:Be sure to sign up for our FREE email edition of The Daily Reckoning. What you find here on the site is only a fraction of the wealth of information you could be receiving. Sign up today to see what you’ve been missing.]