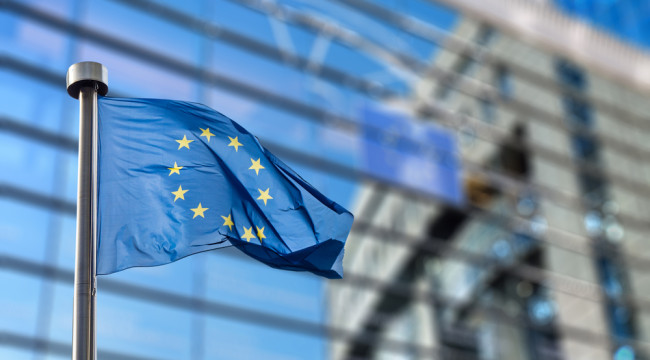 In describing the dynamics of currency wars, I consistently use metaphors such as a tug of war or seesaw. This is to indicate that currency wars are never a one-way bet. Exchange rates go back and forth repeatedly.

The currency war that lasted 1921–36 is a good example. In 1921, the Germans destroyed their currency in the famous Weimar Republic hyperinflation.

In 1925, France and Belgium devalued their currencies. That made British pounds sterling and the U.S. dollar stronger.

In 1931, the U.K. struck back by devaluing pounds sterling. This put the pressure on France and the U.S.

Then, in 1933, the U.S. devalued the dollar, putting pressure back on the U.K. and even more pressure on France. Finally, in 1936, France and the U.K. both devalued against the dollar again.

This was the infamous sequence of the “beggar thy neighbor” devaluations.

Or consider the history of today’s currency war. We saw a weak Chinese yuan and strong dollar from 2008–2010.

Then in 2011, the U.S. engineered a weak dollar. The Fed’s dollar index actually hit an all-time low in August 2011. At the same time, gold hit an all-time high — no coincidence there.

Then the Fed blinked and started to back away from rate increases, which took the dollar down a notch.

That’s how currency wars play out.

The key to investing during currency wars is to focus on the underlying dynamics and stay nimble.

That’s exactly what we do.

We never put a permanent stake in the ground. We look for signals that tell us when the turning points are coming and adjust our recommendations accordingly.

Most of the back-and-forth nature of exchange rates the past eight years is easily explained by central bank manipulations. Federal Reserve money printing during QE2 explains the weak dollar in 2011.

The Bank of Japan engaged in both quantitative ease and so-called “qualitative ease” (using printed money to buy assets other than government bonds, such as stocks and corporate debt) to weaken the yen in 2013.

The European Central Bank used both negative interest rates and QE to weaken the euro in 2014.

The People’s Bank of China has used a mixed bag of interest rate cuts, bank reserve ratio reductions and direct intervention to weaken the yuan in 2015.

It’s always important to keep an eye on the central banks.

Yet we are picking up signals from a source even more powerful than central banks. This source is the specter of global recession.

It’s one thing for central banks to fight currency wars while the world is growing. That’s just a matter of stealing growth from your trading partners. When the pie is not growing fast enough, you can grab a bigger slice from the person sitting next to you with a cheap currency.

What happens when the whole pie is shrinking?

That’s what a recession is. In that environment, currency wars become much nastier and coordination breaks down.

The average U.S. economic expansion since 1980 (a very favorable period for growth) lasted 77 months. As of now, the U.S. economy has been expanding for about 80 months, since the end of the last recession in June 2009. Admittedly, it has been a weak expansion, but it’s an expansion, nonetheless.

Does this mean the U.S. economy goes into hard recession next month?

Not necessarily, but no one should be surprised if it does. Monthly job creation stalled out last November and has been shrinking ever since.

Disinflation and deflation have the upper hand on inflation. Many industrial production and purchasing manager indexes are flashing red.

The picture in China is even more bleak. China is not technically in recession, because it’s starting from such a high growth rate. Yet even a slowdown in China has the same impact as a recession on the rest of the world, because of the lost output.

If China slows down as much as we expect, that’s enough to wipe out global growth. That puts the entire world into a technical recession, even if some individual countries still have positive growth.

Commodity exports to China are collapsing. Middle Eastern dollar reserves are being depleted due to the collapse in oil prices and the resulting fiscal deficits.

What happens in China does not stay in China. It ripples around the world. China is slowing and taking the world down with it.

Excluding the financial crisis years of 2008–09, Chinese growth is now at the lowest level in over 10 years. These are the official figures; most analysts estimate that actual growth is significantly lower than these figures show. China is over 10% of global GDP. If China slows by a third, that takes 3.3% off of global GDP.

That’s enough to put the entire world into a technical recession.

How will central banks stop the recession when they’ve used up their dry powder fighting the currency wars?

Despite December’s rate hike, U.S. interest rates are still still not much above zero. Japanese and European interest rates are negative. All of these central banks have printed trillions of dollars in their respective currencies under various QE programs. They are at the point where they simply cannot print trillions more without risking political backlash or the collapse of confidence in their currencies.

What this means is that the recession cannot be stopped. It will have to run its course over the next year or so.

All sectors of the economy will be affected, but some sectors will be hit worse than others. The service sector may hold up slightly better. Manufacturing and tradable goods tend to get hit the worst.

One of the signals we are picking up is the shrinkage in world trade. Investors tend to focus on trade deficits and surpluses, but those figures mask the fact that overall trade is shrinking.

You can have a reduced trade deficit but still find that exports and imports are both shrinking. The lower deficit sounds like good news, but the reduction of imports and exports is troubling.

It means the global trading economy is shrinking: a sure sign of recession.