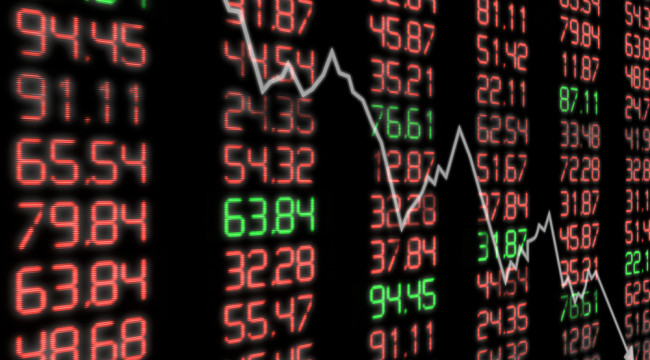 PARIS – Tomorrow is the big day. An historic day, actually. Never before in history has something like this happened.

After seven years of the Fed’s ZIRP, short-term interest rates are expected to begin moving back to “normal.”

Yesterday, we discussed how markets work. Nothing clever or controversial about it. We just observed that they go up and down.

We also noted that if investors knew that the fix was in and that markets would go only in one direction, it would wreak havoc.

Investors, businessmen, consumers – they would all make decisions they wouldn’t otherwise make.

For example, they may buy into a junk-bond fund…

Normally, the risk of junk bonds is rather obvious. Rates might rise, bond prices might fall, and your investment might be wiped out. Or the shaky businesses that issued the bond may default and stiff their creditors.

But when you know the Fed has your back, it’s no longer an even-odds bet. You’ve got an edge. And others will see the same opportunity.

Pretty soon, junk bonds that would otherwise sell for, say, $100 are selling for $200. The trade – borrow at a low rate, lend at a higher rate – gets crowded. And dangerous.

Corrupting a market is a little like buying a politician: You can’t count on him to stay bought. We saw that yesterday, too. Markets dodge. They duck. They go underground. They develop curvature of the spine, neuroses, and epizootics. They forget that the fix is in.

But markets don’t ever stop working…

We saw what happened in 2007. Cheap credit pulled in marginal buyers… and buyers from the future. Prices rose. The typical house became much more expensive than the typical buyer could afford. The bids disappeared. Prices fell.

House prices were the collateral of the entire mortgage derivative monstrosity, to which the geniuses of Wall Street had nailed their careers, their fortunes, and their institutions’ net worth.

So, falling prices meant the whole kit and caboodle was in trouble. In a few months – after Fed chief Ben Bernanke assured us that the problem was “contained” – it spread to the entire economy.

And CNBC asks the critical question: “Are junk bonds flashing a warning sign?”

The answer to that question is, of course, yes! But there is a lot of straw on this camel’s back. Sooner or later, someone should call the SPCA…

Tomorrow, most likely, the Fed will do something silly and cruel: It will add a tiny piece of straw.

In itself it is insignificant; the Fed will most likely raise rates by a mere quarter of a percentage point. But the move is supposed to telegraph that the Fed intends to add a lot more straw.

That should signal the end of this strange period of near-zero rates. Ordinarily, rate rises aren’t necessarily bad for stocks… or even bonds. (See today’s Market Insight below.)

But these aren’t ordinary times…

After seven years of the Fed’s ultra-low rates, never before has so much cheap credit been available to speculators. As a result, U.S. stocks and bonds are near their most expensive levels in history.

And when assets are priced for perfection, things tend to go wrong…

Of course, there’s a big BUT…

In the spirit of fraudulent “transparence,” Janet Yellen will announce that she’ll keep a close eye on the camel’s health at all times. She’ll watch for the first sign that the knees are buckling. She’ll conduct X-rays of the animal’s vertebrae. She’ll make sure that it has plenty of food and water.

If the beast seems to be suffering, the quacks will immediately take action!

In other words, the Fed will signal two contradictory things at once: that it is beginning the process of normalization and that it still has investors’ backs.

It can’t do both. (It can’t really do either… but that’s a longer discussion.)

So which is it?

A return to sound money and interest rates set by willing borrowers and lenders… followed by inevitable bear markets and recessions? Or a continuation of phony money… the Fed’s phony rates… followed by bubbles, crashes, and depressions?

We think we know.

In the meantime, this advice from veteran trader Dennis Gartman: “Get out of stocks!”