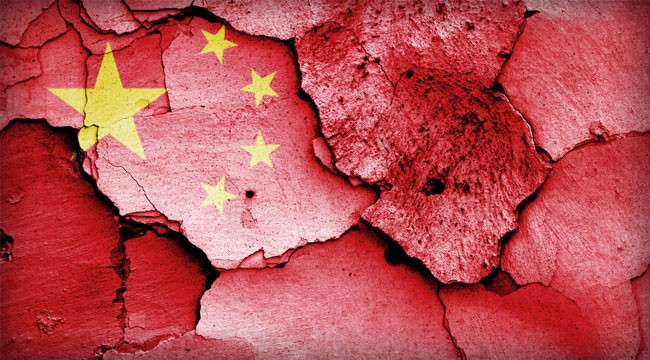 Profit from the Greatest Unwind in Economic History

[Editor’s Note: Jim Rickards has launched a brand new monthly investment letter called Strategic Intelligence. The latest issue printed last Friday. Before you read today’s essay, please click here to see why it’s the resource every investor should have if they’re concerned about the future of the dollar.]

Early signs indicate that the greatest unwind in modern economic history could begin this year in China. For many investors, the fallout will be painful. If you’re properly positioned ahead of time, however, I believe you can profit.

To do so, it’s important to understand the dynamics in play. Bubbles have three consistent characteristics: They are easy to spot; they persist longer than most investors expect (that’s why they’re bubbles in the first place); and they end badly with massive losses for investors who are still in at the top.

These three traits are related in terms of investor psychology and behavior. Even when investors see a bubble, they often cannot resist riding the wave, because they assume they’ll be smart enough to get out at the right time. The fact that bubbles last longer than most analysts expect tends to validate this investor assumption. People waiting on the sidelines for bubbles to pop are routinely ridiculed by those reaping large gains as the bubble expands.

But in the end, the bubble profiteers tend to stay too long at the party and suffer massive losses, as bubble markets can easily lose 30% or more in a matter of months, sometimes weeks, as assets are dumped and investors head for the exits. Today, the greatest bubbles in modern economic history are in China.

China is at risk of seeing multiple markets in real estate, stocks, corporate loans and commodities all crash at once. Chinese growth statistics have been overstated for years. This is not because the officials lie, but because 45% of Chinese GDP is investment and much of that is wasted on white elephant infrastructure that will either never be used or produce scant gains in productivity.

Adjusted for waste, real Chinese GDP growth is more like 4% than the 7.5% claimed until recently. Chinese growth is also slowing for other reasons having to do with demographics and declining marginal returns to factor inputs. Growth will no longer be sufficient to service the mountain of debt on which the growth was built.

The Chinese people have extremely high savings rates but limited choices as to how to invest their savings. They are generally prohibited from buying foreign assets. Local banks pay almost nothing on savings accounts. This has forced Chinese savers into real estate, local stocks and so-called “wealth management products” (WMPs). This has resulted in property and stock bubbles, which are just beginning to come down to Earth.

The WMPs seem safer because they are sold by banks and offer steady yields of 5% or more. But underneath, the WMP market is a giant Ponzi scheme. The WMPs may be sold by banks, but they are not guaranteed by the banks. The proceeds are diverted to wasted real estate projects and dubious loans to inefficient state-owned enterprises.

Chinese investors who try to cash in their WMPs receive proceeds not from profits on the loans but from new sales to new investors in an ever-expanding pool. This is the essence of a Ponzi scheme.

Almost all of the economic data coming from China lately suggest the greatest unwind in modern economic history could happen this year. Rail and sea cargo shipments are declining, producer prices are crashing and loan growth has hit the wall.

Chinese officials can see this house of cards collapsing but are determined to prop it up as long as they can. Like central banks everywhere, the People’s Bank of China is using easy money to reflate asset bubbles.

Last November, China cut interest rates for the first time in two years. On Feb. 4, China cut its reserve requirements for banks, a technical move that allows banks to make more loans with the same amount of capital. Both of these moves are intended to ease credit conditions. Another rate cut is expected soon.

China is also likely to join the global currency wars now raging in Europe and Japan. A devaluation in the yuan will help Chinese exports relative to competition from Japan, Korea and Taiwan. Since 2012, China has been quiet in the currency while its Asian trading partners and competitors have engaged in repeated devaluations. Now China has had enough and is ready to shoot back.

If you’re a U.S. investor and use dollars as a reference currency, China offers three ways to win. China has weak national fundamentals. Certain companies have weak sector fundamentals, especially those in financial services with large loan and investment portfolios. And the Chinese currency will weaken.

This means that a short position in the Chinese financial sector, including the purchase of put options, can produce profits from a slowing economy, cheapening currency and higher credit losses.

P.S. I track the coming Chinese Credit collapse and give you actionable ways to profit along the way in my monthly newsletter, Strategic Intelligence.Click here to subscribe now.