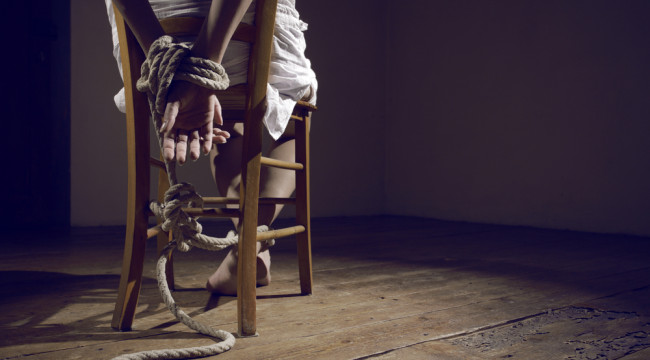 Sometimes, the news of the day causes me to say, “Huh?” The New York Times revelations last month about NSA programs and activities to enhance the agency’s ability to spy on ordinary citizens prompts today’s “Huh?” Who knew that our every phone call, Internet post and tweet is being recorded by the government?

I have operated under the (apparently mistaken) impression that the Constitution of the United States prohibits the random, warrantless surveillance of ordinary citizens. In fact, I’m certain it’s written down somewhere… oh, yes, it’s the Fourth Amendment.

“The right of the people to be secure in their persons, houses, papers, and effects, against unreasonable searches and seizures, shall not be violated, and no Warrants shall issue, but upon probable cause, supported by Oath or affirmation, and particularly describing the place to be searched, and the persons or things to be seized.”

So what am I missing?

Since Sept. 11, our government has acted as if security and privacy were an either/or proposition. In other words, an increase in one causes a decrease in the other. Like a seesaw, if one side goes up, the other side must go down.

As federal security consultant Ed Giorgio stated several years ago in a widely quoted New Yorker article, “Privacy and security are a zero-sum game.” Apparently, in order to be more “secure,” we must accept less “privacy.” That includes allowing increased warrantless surveillance and scrutiny by the government.

So is the government’s argument sound?

Before we can know whether it is sound, let’s define some terms. In particular, “security” and “privacy.”

But are those the right definitions?

Is “freedom from danger, fear, or anxiety” really the opposite of “freedom from undesired outside influence or intrusion”? In particular, are they mutually exclusive?

On the contrary, these limited definitions are not appropriate in this scenario. Security comprises more than a feeling that one is safe. In a broader sense, it represents tools and methods that you could potentially use to ensure your privacy.

Privacy, on the other hand, is different. It’s something you would want to make secure. Something you want to protect, like your car or home. That sounds a lot more like property to me. Embedded in this notion of property is the idea of ownership. In fact, an owner is defined as someone with “the right to exclusive use, use, or control of property.”

Current norms do not designate “privacy” as something you possess, but prior to 1890, privacy was not separated from your property.

In the Supreme Court decision Boyd v. United States, the court ruled that constitutional guarantees securing people in their persons, houses, papers, and effects transcend the concrete case. It goes on to say that it “appl[ies] to all invasions on the part of government and its employees of the sanctity of a man’s home and the privacies of life. It is not the breaking of his doors and the rummaging in his drawers that constitutes the essence of the offense; but it is the invasion of his indefeasible right of personal security, personal liberty, and private property.”

If we accept the government’s initial argument, we are really giving up control of our privacy to others, and who then decides how much of it we deserve.

Under this assumption, privacy is meaningless. It holds that someone other than you decides what is or is not private to you.

As security expert Bruce Schneier would say, the debate is not really between security and privacy, but between control and liberty.

The government’s argument does not stand up to even the simplest logical examination. They argue that security and privacy are mutually exclusive without any proof and believe that statements like “Privacy and security are a zero-sum game” are true by default.

The tension between control and liberty was without a doubt the fundamental concern faced by the Founding Fathers. They established the Constitution as the law to limit government interference in citizens’ affairs.

Recall John Adams’ sentiments on “a government of laws and not of men.” The Founding Fathers established the Constitution with a series of processes and a system of checks and balances. This was meant to restrain and replace the people in power because they feared the human tendency to seek and control one another.

Today, we share their deep-seated belief in limited government.

Although the government promises increased security, its tools of invasive surveillance and cavalier dismissal of rights protected by the Constitution are not in keeping with our common notions or our law. Accordingly, their argument fails on this count too.

The defense the government uses to justify more surveillance is twofold. First, they argue that unlimited observation provides the watchers with the opportunity to step in and prevent dangerous actions and events. (Of course, danger to whom does not appear to be relevant in their reasoning.)

Second, because of the potential for this intervention, individuals’ fear and anxiety about dangerous actions and events should be reduced. Because of this, actual encounters with such events will be reduced.

In support of this, the government regularly informs the media about how its increased surveillance has led to the discovery and neutralization of “terrorist” threats. This confirms its belief that security and privacy are mutually exclusive concepts.

In today’s world, information can be misused or stolen more easily every day. Placing more and more information into gigantic government databases merely means that stealing or abusing information will become easier over time.

Creation of such data platforms merely creates another “one-stop shopping” experience so common in today’s convenience-driven world. And it’s ripe for exploitation. The possibilities for “insecurity” due to this are endless.

Although our grandparents kept their private information in their desks “with their important papers,” today, those records are a cornucopia of data about each of us. And they reside in computer servers and “in the cloud,” available to others without their knowledge or permission.

So how does subjecting yourself to such scrutiny make you safer or more secure?

A real-world example is in order here. Subsequent to the tragic event in Connecticut last year where an individual entered an elementary school and murdered students and teachers, The Journal News published an interactive map showing the names and addresses of all handgun permit holders in New York’s Westchester and Rockland counties.

According to Al Tompkins of the Poynter Institute, a school for journalists, “Publishing gun owners’ names makes them targets for theft or public ridicule. It is journalistic arrogance to abuse public record privilege, just as it is to air 911 calls for no reason or to publish the home addresses of police or judges without cause.”

Exposure to theft of one’s firearm through disclosure most certainly would not “enhance” their security.

The privacy-versus-security dichotomy fostered by government presumes that the government will maintain control of your private information, thereby increasing the government’s security potentially. In that light, the revelations about the NSA’s trillion-dollar expenditures to spy on us make sense.

In the end, it’s really all just a question of whom they are protecting.

Ed. Note: Regardless of what the Feds try to do, there are still ways to protect your privacy. The folks at Laissez Faire Today have made it their mission to find legal ways for your to protect your family, your privacy and your wealth from the prying eyes (and sticky hands) of various federal agencies. Learn more by signing up for free, right here.