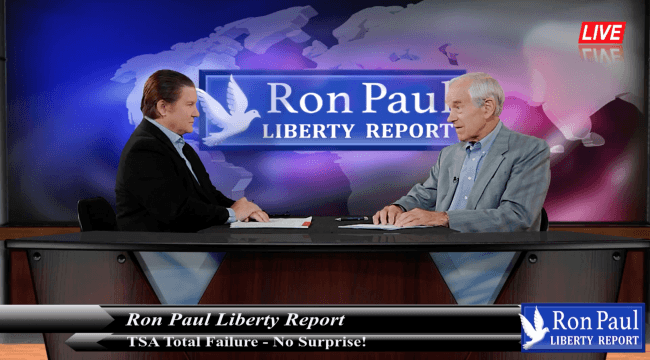 For the “privilege” of being groped and radiated before being allowed to travel, passengers are now facing the additional TSA abuse of being forced to miss their flights due to unimaginably long security check lines.

Thousands are missing their flights, and much of the problem is that the agency has thrown a hissy-fit over a slight reduction in the number of screeners. Some 4,600 screeners were cut in hopes that more people would sign up for “TSA-PRE” (they didn’t) and thus fewer screeners would be necessary. They now want not only all of those back — they want an additional 6,000 screeners, which would far exceed the limit set by Congress!

To top it off, a recent Homeland Security investigation of TSA performance at the Minneapolis-St. Paul International Airport found that nine out of twelve times TSA screeners missed simulated explosive material passing through checkpoints. What to do about an inefficient government agency that abuses our civil liberties? We have some ideas in today’s Liberty Report: