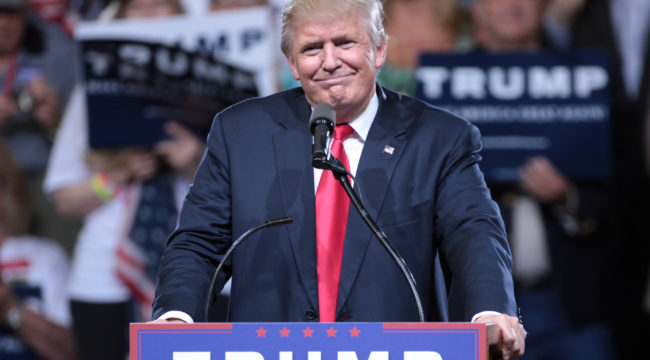 What the hell just happened?

Yes, it’s the most astonishing political surprise of your lifetime if your last name was Clinton or Bush.

Here’s what it all means…

Early on, here are things we learned on Election Day…

Trump campaigned on the theme of draining the Deep State swamp in Washington. Mainstream Americans just gave him the green light to do just that.

Most had Hillary Clinton leading by at least a few points before the election. Trump’s odds of winning were at 5/2 and Clinton’s were 2/5. I guess Nate Silver isn’t a “boy genius” after all.

Pundits like him and all of the hacks on CNN had Clinton already measuring the drapes in the Oval Office. Not gonna happen.

The country also repudiated ruling class corruption. After thousands of documents dumped by Wikileaks, we learned about the rigging of the DNC primary, the Clinton email server cover up, mass Clinton Foundation malfeasance, etc.

The American people had enough.

And maybe the biggest loser of this election is the mainstream media.

Beyond their startling display of rank partisanship, the world learned through Wikileaks that members of the mainstream media colluded with the Clinton campaign to rig the Democratic primary and planned to rig the presidential election.

Whatever credibility the legacy media had left has been shredded.

This much we know.

The one thing we don’t know at this moment is what kind of President Trump will be.

And that had markets jittery…

When Trump was on the precipice of victory early Wednesday morning, the markets were panicking…

Much like happened after Brexit, we witnessed a brief spasm.

Look, Hillary’s defeat is a fundamental shock to the globalists’ rigged market system. It’s shaken to them to their core.

In the short-term, markets dislike uncertainty. And a Trump presidency definitely means uncertainty. The long-term reaction is far less clear.

But this isn’t about predictions. It’s about following the trend.

The bottom line is we need to take a collective deep breath. The world didn’t end after Brexit. It won’t end after a Trump victory.

As trend followers, our approach remains the same. Our strategy is designed to succeed in market shocks like the one we’re seeing.

The American people have spoken. The world has turned upside down. The Deep State is in retreat.

More change and turmoil are on deck. We’re prepared for whatever comes our way.