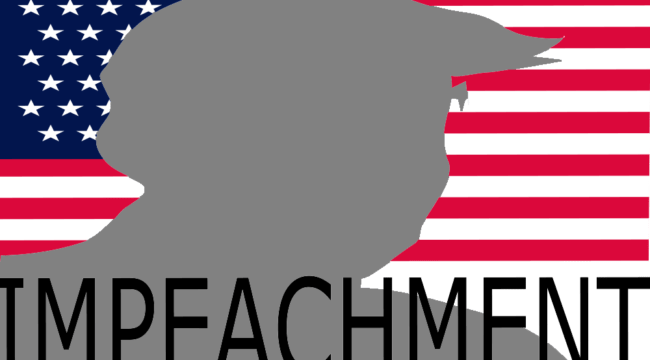 The House of Representatives introduced an impeachment article against President Trump today, charging him with “incitement of insurrection” after crowds stormed the Capitol last Wednesday following his speech.

If it goes forward, Trump would be the only president in history to be impeached twice.

House Speaker Nancy Pelosi said she is giving Vice President Mike Pence 24 hours to invoke the 25th Amendment to remove Trump. If he doesn’t, the House is expected to vote on the impeachment resolution later this week, possibly as soon as Wednesday.

Should the House vote to impeach, the resolution would go to the Senate. A two-thirds Senate majority would be required to convict and remove Trump from office. That would require the support of many Republican senators.

But the Senate is currently in recess, and current Senate Majority Leader Mitch McConnell has said he won’t call the Senate back into session until January 19 — just one day before Trump leaves office.

So Trump would be out of office by the time a Senate trial could take place. Besides, the Constitution only refers to impeaching “the president” — not a former president, which Trump would be.

But, Trump would be impeached while still president if it happens before January 20. The trial in the Senate and punishment would take place later, but scholars agree this is probably constitutional. This procedure has been used before for Federal judges, so there is precedent.

What is the point of impeaching a former president?

Removal from office is irrelevant after January 20. But one of the punishments allowed is prevention from ever holding office again. That’s what the Democrats want. Their goal is to stop Trump from running again in 2024.

Around 75 million Americans voted for Trump in November (potentially more, depending on the level of election fraud). With those kinds of numbers, it’s easy to see why Democrats wouldn’t want Trump to be able to run in 2024.

Neither does the Republican Party establishment, incidentally, which never wanted to nominate Trump in the first place.

But let’s return our focus to today…

Putting the politics of it all aside, Joe Biden will take office on January 20. Unfortunately for him (and the country), he’ll likely have to deal with a recession right out of the gate in the first quarter of 2021.

The primary reason is the resurgence of the pandemic, resulting in new lockdowns throughout the nation.