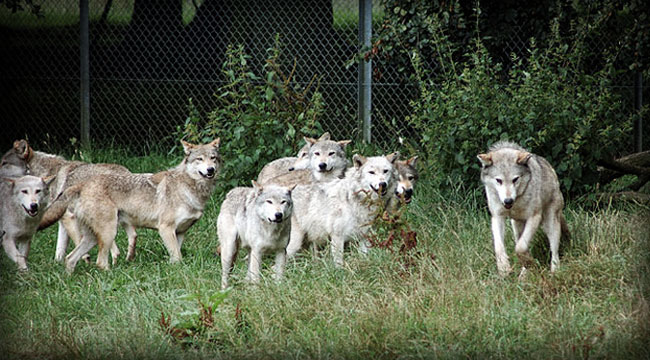 Why the Political Elite Really Need You to Vote

“Hi, this is Michelle Obama…”

You hear the most amazing things on the streets of Baltimore. On Election Day, a loudspeaker mounted on a white van makes its way up and down the streets with a recorded message.

As near as we could make out, Mrs. Obama was urging grown-ups to vote.

As they say on Wall Street, she was “talking her book.” The political elite needs the voting masses like a tractor-trailer needs diesel fuel — to get where it is going.

In the Wall Street Journal last week our spirits were buoyed when we realized that we had more life left than we thought. New figures show a man who reaches age 65 will likely live to be 86.6 years old — a full two years more than the last forecast.

Two more years? What will we do with them?

The public merely votes for whichever candidates have done the best job of hoodwinking it.

Wait. There must be a cloud to go with this silver lining. “The new estimates […] could eventually increase retirement liabilities by roughly 7%,” says the Journal.

The last time we looked, the US was already so far underwater it was almost sure to get the bends. According to GAAP accounting, Washington owes about $212 trillion — most of it in money it doesn’t have — to pay pensions and health care benefits.

If people are living longer, those liabilities must increase. Let’s see, 7% of $212 trillion… Hmmm… You can do the math as well as we can. The new total should be about $15 trillion more.

And if that is so, what does it mean for government pension and health care systems throughout the developed world?

What it means is that they are all going broke. Led by those aging pacesetters: the Japanese.

Yes, in the race to see which modern, debt-funded social welfare state will go broke first, Japan is in the lead.

As longtime readers already know, the essence of government is armed robbery. Coaxed to the polls by Michelle, voters may fantasize that they set the course for the United States of America. But it is the elite who are in the driver’s seat.

That is our observation… and the conclusion of two university studies reported recently in these pages. The public merely votes for whichever candidates have done the best job of hoodwinking it.

Then the elite use the police power of the state to transfer wealth and power from the voters to themselves. Which is why the paramilitary buildup of local police forces is so alarming: It suggests they are going to strong-arm us all.

In the old days, they were unapologetic about it. Even as late as the 19th century, Napoleon’s army stomped over Europe with Liberty, Equality and Fraternity on its lips. But larceny was in its heart. The soldiers of the Grande Armée stole everything they could cart away.

Modern government demands more fraud than force. Capitalism depends on complex, trusting relationships and long-term fixed investments. Stealing things outright disrupts it. Output goes down. Nations that have no respect for the requirements of capitalism have weak economies. And weak economies can’t afford much firepower.

That was what led China and Russia to abandon their Communist creeds in the late 20th century. Command economies are weak economies, and weak economies can’t compete militarily.

After the French Revolution, almost all major countries found they needed to make the common people feel that they were in charge of government.

And after Bismarck, political parties found they needed to offer the voters some form of social welfare. Otherwise, they faced a “revolt of the masses.”

This model has worked reasonably well for the last 150 years. Capitalists added more meat to the average man’s diet and more leisure to his time. Wealthier, he demanded… and was able to support… increasingly ambitious insurance programs.

But Bismarck’s model reached its peak in the last half of the 20th century. In Europe and the US, substantial real income gains ended in the 1970s. The old Fords and Rockefellers were gone. And the new capitalists were so fettered with taxes, rules and regulations that they found it hard to move ahead.

The wolves outnumbered the lambs at the polling stations; the dinner menu was a foregone conclusion.

Debt and demography, too, reduced growth rates. But people still wanted more benefits. They looked to the government and the credit industry to supply them. Presidents Johnson and Nixon cut the dollar loose from gold in 1968 and 1971 — making it possible to go deeper into debt than ever before.

As is recounted superbly by former Reagan budget adviser David Stockman, in the fight for balanced budgets in the early 1980s the Republican Party took a dive.

Thereafter, there was no serious opposition to deficits. By early in the 21st century, more than half of the voters were receiving support from the government. The wolves outnumbered the lambs at the polling stations; the dinner menu was a foregone conclusion.

In the US, cutting military spending could still finance social welfare spending. But the security industry too has been turned into a giant part of the insurance complex — with millions of wolves relying on jobs, contracts, health care and retirement benefits.

And now — with graying populations, falling birthrates, heavy debt and slow growth — claims rise. The insurance company model is headed for a bust. The good news from last week’s life expectancy numbers is that we have a good chance of living long enough to see it.

Ed. Note: Rather than simply living through the busts and downturns that are sure to come, you deserve the opportunity to prosper in spite of them. That’s why each day in The Daily Reckoning email edition, readers are treated to a handful of actionable investment opportunities, relayed by some of the biggest names in the industry — names like Jim Rickards, Chris Mayer and Byron King… not to mention Daily Reckoning co-founders Addison Wiggin and Bill Bonner. Don’t miss another issue or your chance at another real profit opportunity. Click here now to sign up, completely free of charge.

This article originally appeared in Diary of a Rogue Economist, here.

“There is no money in monetary policy”… The Federal Reserve wants you to think it controls the monetary system, but it doesn’t… The real cause of the 2008 housing crisis?…