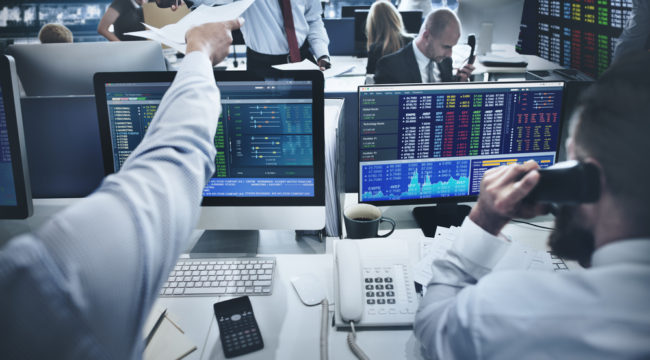 Did the “Plunge Protection Team” Save the Market?

Notorious vulture investor Asher Edelman raised a gale this week when he argued the “Plunge Protection Team” is responsible for the post-election Trump rally:

We have seen the most extraordinary lack of volatility… since Trump has been in office. And it’s interesting because the night he was elected you may recall that the futures came down about 400 or 600 points.

You may recall by the next morning they were even again. To me, watching this Plunge Protection Plan for the last 10 years… I was pretty certain that that’s what happened.

They hatched the “Plunge Protection Team” — or the Working Group on Financial Markets, if your tastes run formal — to prevent another Black Monday.

The PPT mounts the white horse and buys the market whenever it thinks stocks might go to pieces. Its massive buying stabilizes markets.

So goes the theory.

No one’s ever nabbed it in flagrante delicto.

But is Edelman right? Did the Plunge Protection Team orchestrate the Trump trade?

We take up the question anon. Let us first swan in on today’s market action…

We do hope you’re sitting down, for we bear shocking news — stocks are up again today.

The Dow rose another 70 points. The S&P worked another 11-point rise of its own. The Nasdaq extends its run into record territory. Up another 42.

We’re beginning to feel like a Los Angeles weather man with his daily reports of sunshine.

But the question of the hour…

Has the Plunge Protection Team been in operation?

The answer is likely no… and yes…

The “Plunge Protection Team” on Election Night was probably market shaker Carl Icahn and his understrappers.

Legendary stock trader Carl Icahn, a close friend of Donald Trump, left the Trump victory party in the middle of the night and ordered his traders to buy $1 billion of stocks even as the stock index futures were plunging.

Then the computers sniffed out Icahn and went to work. Analyst James Deporre describes the dynamic:

The computers and ETFs are what drive price movement now, and those things are nothing more than market players trying to find an advantage.

And since the PPT springs to action only at moments of wild alarm, it can’t be responsible for the market’s six-month spree.

Ah, yes… but didn’t we just suggest the PPT has likely been in operation?

But this time it’s working in the bond market — and in plain view, no less…

Have you wondered why? You wouldn’t be alone.

From the Heisenberg Report, a financial blog:

Some folks like to suggest that the reason volatility has either been absent, or, to the extent it makes an appearance, it quickly exits stage left around important political shifts, is because markets are resilient.

Those folks are correct. It’s just that in most cases, they don’t appreciate why markets are resilient.

Why are markets so resilient? Heisenberg:

These political events are being managed by central banks to ensure the fallout doesn’t trigger sell-offs or sustained volatility spikes.

Central banks are the Plunge Protection Team in this case.

As anti-EU French nationalist Marine Le Pen was surging in polls, something was off…

French bonds should have come under tremendous stress versus the far more stable German bonds.

They didn’t. They held a rough parity.

That’s because the European Central Bank (ECB) was gobbling French government bonds when Le Pen was making a rumble. Heisenberg:

Do you imagine it’s a coincidence that the ECB just happened to start buying more French sovereign debt and less German sovereign debt at exactly the same time that Marine Le Pen was rising in the polls?

Note that around Brexit time there was a clear increase in peripheral government bond buying. And this year — especially in April — French government purchases have been noticeably more than the capital key implies.

Perhaps it’s no surprise then that market volatility — especially in credit — is close to record lows, given a central bank that is actively pushing back against volatility.

But it’s an odd type of conspiracy here, according to fund manager Richard Breslow. The thing operates in open air:

People love the Plunge Protection Team conspiracy theory… Well, that’s exactly what is happening in bonds, right out in the open.

Did the bond Plunge Protection Team move after last Wednesday’s 373-point rout of the Dow?

We presently have no data to form a conclusion. But we’ve put our agents on the job.

Some see conspiracy in every shadow, under every bush and behind every sparrow that falls.