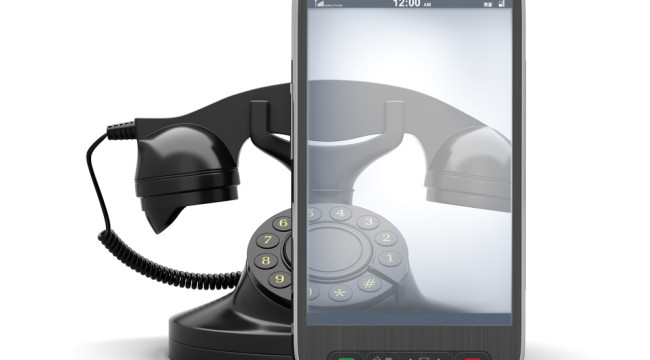 Out With the Old in the With the New Debt

Gearing up for Thanksgiving dinner, I am not going to be caught interpersonally unprepared this year, and am compiling some handy notes that I can use in the inevitable awkward family conversations, such as somebody remarking, “Boy! There are some good smells coming out of the kitchen!”

This year I can keep the conversation ball rolling along by instantly having a clever comment at hand, such as, “Yeah! Much nicer than the foul, stinking stench coming out of a corrupt, brain-dead Washington, which is, of course not coincidentally, where the evil Federal Reserve is located, which has been at the forefront of ‘corrupt and brain-dead’ for most of the last century.”

And if they respond with something dorky, like, saying something about pumpkin pie or trying to watch football on TV, then I can keep things moving along smoothly with another handy conversational tidbit, such as “And if you sniveling Earthling carbon-blobs think that you can escape the terrible, inevitable inflationary and bankrupting price to be paid for such irresponsible over-creation of currency and credit by your central banks, then from the Imperial Star-Chamber of the Inter-Galactic Tribunal I bring you their laughter, their scorn, and their utter disdain!”

“Monetary increases are paid for with misery! Shame! Shame and a pox on the Fed and all their houses!”

At which point I will laugh a cruel and mirthless Mighty Mogambo Guffaw (MMG) in their dumbfounded faces, a laugh unmistakably reeking with the aforementioned scorn and utter disdain, “Hahahahahahaha!”

I began thinking of this clever conversational trick when Junior Mogambo Ranger (JMR) Phil S. sent me an essay by Dr. Ron Paul, who is one of the very few people that know what is really “going on” with fiscal and monetary policy, and is thus (I assume) completely sure that We’re Freaking Doomed (WFD) to suffer the burning inflationary hell and tragic collapse that such insane increases in the money supply/debt always cause.

It was at that precise moment that I realized I needed my new conversation helpers, as instantly I comprehended that nobody of Dr. Paul’s caliber is going to be at the Thanksgiving dinner, and so I’ll have nobody with which to talk about important things, like how the Federal Reserve is the worst thing that happened to this country since the traitorous FDR extorted compliance from the Supreme Court to rule that he had the power to change the Constitution where it says that money had to be gold and silver, put there so as to constrain the growth of the money supply and prevent inflation in prices, and that Roosevelt could make money out of anything he wanted.

In light of this treachery and perfidy, I note that, actually, Dr. Paul’s a little too refined and classy for my tastes, as he has consistently proved completely unwilling to (like me) happily and angrily slop around in the filthy gutter of rude name-calling, slanderous mischaracterizations, backstabbing blowhard blabbering and making loud, bellowing noises of Ultimate Mogambo Outrage (UMO) about the evil Federal Reserve and Keynesian morons everywhere who are absurdly justifying such suicidal increases in the money supply to finance continual government deficit-spending of more than a trillion dollars a year, and how they should all be rounded up, tried in a quickie kangaroo court, found guilty, and then shackled in some stinking, dark and dank dungeon as punishment for their deliberately causing the inflation in prices and higher bankrupting debt that all this new money necessarily causes, and who directly cause the doleful destruction of the buying power of the poor (who had no money to begin with), and the middle class, whose wage increases always lag price increases.

“Thusly,” I thunder, “monetary increases are paid for with misery! Shame! Shame and a pox on the Fed and all their houses!”

By contrast, notice that Ron Paul never mentions anything about Ultimate Mogambo Outrage (UMO), or about throwing Keynesians into prison, where they get what they so richly deserve, for killing our money and the economy with the idiotic, bone-headed conceit and arrogance of Keynesian monetary stimulus.

Instead, the clever Junior Mogambo Rangers (JMRs) among you no doubt noticed — aha! — that he says the exact same thing when he writes that, “It is no wonder that governments fight tooth and nail against sound money, as sound money protects the well-being of the middle class and the poor while preventing the expansion of government.”

And how to expand the government? Easy! Get the Federal Reserve to create the currency and credit necessary to buy more new government debt!

And how to do that? Get the Keynesians to justify it with some of their preposterous, incestuous equations and their century-old, idiotically vague promise of one day “paying down the debt” out of the, supposed, economic growth, which has never actually happened in the last 100 years.

Well, guess what? One of the basic, building-block keystones of the Keynesian school of economics is the Marginal Propensity to Consume, which is the answer to the question “If you give a man a dollar, how much will he save and how much will he spend on consumption?”

It turns out that, according to an article in Bloomberg Businessweek magazine, that somebody realized that “the poor behave differently from the rich” when it comes to Marginal Propensity to Consume! Give a poor man a dollar and give a rich man a dollar, and they do different things with it!

And now, shockingly, a Keynesian constant has been shown to be a variable! In short, the whole mathematical edifice of the travesty known as Keynesian economics is resting squarely on a farce! No wonder it has never worked! Hahahaha!

Sadly, this isn’t the end of it, as one of the more idiotic parts of the current fad of Keynesian/Federal Reserve thinking is that they think that inflation in prices is “good” because it allows a debtor to pay off old debt “cheaply” since that old debt has fallen in value because of the inflation, and thus interest rates are now higher.

From the investor’s perspective, suppose he originally paid $1,000 for a bond with a 1-percent coupon (meaning that it pays $10 per year), when interest rates were 1 percent.

But when interest rates double to 2 percent, that $1,000 bond, still throwing off that $10 per year, is worth only a measly $500. The owner of the bond has lost half his investment! He invested a thousand to have only five hundred left! Yikes!

This is the point when I expect people to rise as one, indignantly jumping to their feet and shouting their anger to the skies. “The Mogambo was right! We’re being screwed by a fiat currency and a corrupt government! Abolish the Federal Reserve and put the dollar back on a gold standard before we perish in bitter anguish!”, but they never do.

From the perspective of the banks and government, however, it’s a pretty sweet deal: They borrowed $1,000 at 1 percent ($10 per year) from some sucker, and to pay it off would cost them $500. “Thanks, suckers!”

Offsetting this, though, is the fact that the $500 needed to pay off the bond would have to be borrowed from some other sucker at 2 percent, costing the banks the same $10 per year.

So (and this is the important part) at the End Of The Freaking Day (EOTFD), the government still paying the same $10 in interest expense, has half as much debt, some pathetic lender is screwed out of half of his investment, and everything costs more (since all the money involved was originally created from thin air and has long since worked its way into the economy), making life more miserable for the poor, and (of course) for the people who invested in government bonds.

To add to the nightmarish quality of this upcoming Thanksgiving, Janet Yellen, the ridiculous Federal Reserve hotshot destined to be the next chairman of the Federal Reserve, thinks that inflation is good! She’s actually said it, making it a grim certainty! How’s THAT for giving thanks?

Hopefully, someone at the Thanksgiving dinner will pause, perhaps mid-forkful, and ask “Please tell us, Fabulous And Wonderful Mogambo (FAWM), what can we do? Are we doomed to suffer catastrophe because we are so stupid as to allow the Federal Reserve to create so much currency and credit that we must drown under absurd levels of debt and a gargantuan, gorged, gluttonous Gestapo-like government? Is there no hope?”

It is then — then! – that I make my move into Thanksgiving history, where legend will say that I smiled enigmatically, arched one eyebrow, leaned forward conspiratorially, and with a sneering smile of smug certitude, revealed Profound Cosmic Wisdom (PCW) by saying three words.

The legend will say nothing about me saying “Whee! This investing stuff is easy!”, but you can be sure that’s what I will be thinking.

And giving thanks for it at Thanksgiving, too, being such a lazy guy who is too stupid to do anything complicated or make a series of good decisions.

Ed Note: If you’re looking for something outside of gold, silver and oil… we have a special list of investment ideas for you. We gave readers of The Daily Reckoning email edition access to that list in today’s issue. If you didn’t get it, sadly you might’ve missed it. To ensure that doesn’t ever happen again, sign up for the FREE Daily Reckoning email edition, right here.