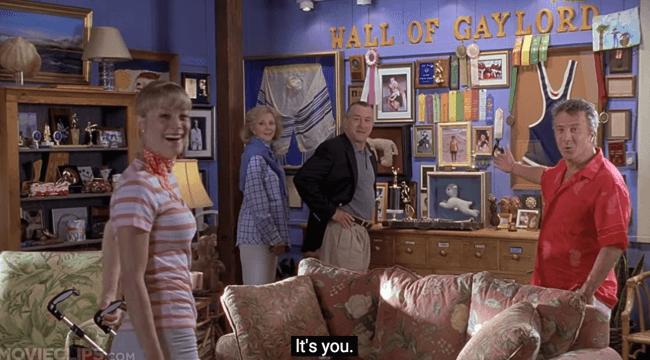 By ensuring spoiled brats and vested interests never face the consequences of their actions and choices, we guarantee failure of the entire system.

Spoiled brats do not take kindly to being called out as spoiled brats. Since economies are aggregates of individuals, we can anticipate howls of outraged denial at our economy being identified as spoiled rotten.

The two essential characteristics of spoiled brats are 1) a complete disregard for the burdens of those paying the bills and 2) a childishly self-absorbed sense of overweening entitlement. Spoiled brats have no sense of fiscal discipline. Indeed, it is their defining characteristic. They want what they want, and they want it now, regardless of the cost to others or the system as a whole.

In America’s Spoiled Brat Economy, no vested interest is ever allowed to fail. Lost billions gambling with borrowed money? Just throw a K Street temper tantrum and threaten to close all the ATMs when you go broke, and voila, Mommy and Daddy (the federal government and Federal Reserve) come rushing with trillions of dollars to make all the bad things like well-deserved bankruptcy go away.

That tens of millions of savers must be robbed of hundreds of billions of dollars in lost interest to rebuild your banks’ profits and balance sheets — the sacrifices of others are of no concern to spoiled brats.

What does not allowing failure bring to mind? How about coddled children who are crippled by helicopter parents who do their homework for them and schools that give everybody passing grades and gold stars?

A system that doesn’t allow individuals and enterprises to fail is a system that is simply taking another path to failure. Students who are given gold stars and 9th place ribbons (see the video below) cannot possibly establish a real sense of accomplishment or learn how to make a realistic assessment of their deficiencies or strengths. They are crippled by all the “help” enablers press on them.

The same is true of spoiled-brat economies. Enterprises that are never allowed to fail (for example, too big to fail banks, bankrupt cities, counties and states, defense contractors who produce failed weapons systems, healthcare organizations that cheat the government and patients, etc.) become deadwood that saps the vitality of the economy, dragging down the few productive sectors.

The “help” lavished on vested interests include sweetheart contracts, direct subsidies, tax credits, lines of credit, zero interest rates and a vast range of other subsidies. The entire point of the vast lobbying machine that funnels federal and Federal Reserve largesse to vested interests is about staving off the very failure that keeps economies from imploding (creative destruction).

By ensuring spoiled brat and/vested interests never face the consequences of their actions, choices and self-absorbed greed, we guarantee failure of the entire system. So by all means, keep passing out subsidies to too big to fail banks and 9th-place ribbons, and give the brats whatever they want as soon as they start wailing, regardless of the cost to the system itself.

Further Reading: See, The Yellowstone Analogy and The Crisis of Neoliberal Capitalism and Innovation, Risk and the Forest Fire Analogy.