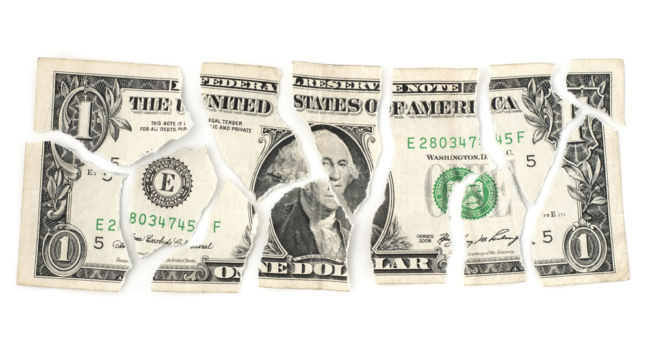 Investors must grasp the fact that the world is beyond their control — or even their comprehension.

One question looms as probably the most important question in the world related to new technology and future economic growth.

The question is: Where do you invest when there is a dramatic decline in growth?

Many conservatives and libertarians these days are pretty discouraged by the growth of government and the corresponding decline of economic growth. And for good reason because one is related to the other.

Other notable investors are seeing this too. I admire Peter Thiel more than any other investor (his book Zero to One is the best business book ever written). And Thiel adds another wrinkle to the challenge. He believes that technological advancement is slowing down.

This low number confirms the insight of Thiel and other pessimists about a slowdown in innovation and growth.

That’s a major problem because, as I’ve stated here several times, growth is in many ways a growth of learning. To grow, we learn what works. And just as importantly, what doesn’t work. So a slowdown in growth means that Americans are getting ever more stupid.

Conservatives can continue to climb to the top of mountains and blather away about the world coming to an end like a doomsday cult.

Yet the fact is that the world overall is improving. It’s just that the improvements might not be where you expect.

When the U.S. backs away from capitalistic leadership by falling into mercantilism and intellectual fads like climate change, entrepreneurs move elsewhere and the show goes on.

Creative human beings simply hate being suppressed by the heavy hand of government. When the Germans brutally cracked down on their creative minority of Jewish geniuses, these geniuses came to the United States and enabled the Manhattan Project to prevail.

Together with other immigrants, the European Jews gave the U.S. dominant military and economic power well into the 21st century.

Similarly, when radical anti-human and anti-industrial environmentalism took over the U.S. and Germany with the climate change hysteria, world manufacturing moved massively to Asia.

So the answer to the question posed before: Where do you invest when there is a blatant decline in growth?

For investors, the key lesson is to maintain a global scope and vision. The greatest opportunities are often in previously overlooked countries.

U.S. investors who want to participate in the new global technology paradigm must imitate U.S. technology companies themselves and seek opportunities outside the United States.

From Microsoft to Google, Ford to Apple, U.S. tech leaders are finding new breakthroughs in such founts of creativity as Shenzhen in China, Zug in Switzerland, Tel Aviv in Israel, Tallinn in Estonia and Taipei in Taiwan.

The trend will only continue as long as government over-regulation strangles American capitalism.

Below, I show you how big banks symbolize the sort of degenerate crony capitalism that the U.S. has embraced. I call it the scandal of money. Read on.