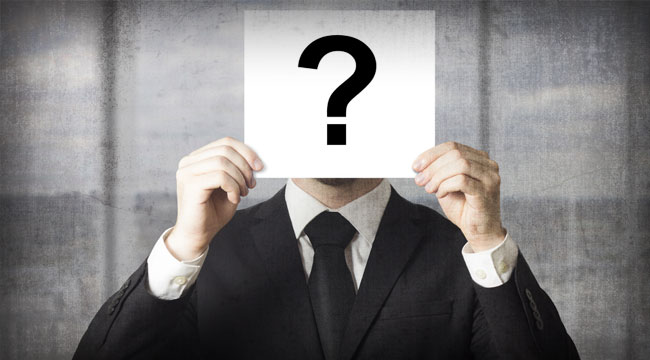 One Thing to Consider Before You Become a Whistleblower

Are you thinking of becoming a whistleblower?

Are you considering exposing some heinous crime against humanity, yet you’re afraid the government might put you on a hit-list?

One hacker has your back.

All you have to do, he says, is give him your documents to hold. If you die, get jailed, or injured, he’ll automatically publish and distribute your secrets for you.

“So what if something happens to you?” the front page of the website asks.

“Especially if you’re trying to do something good like blow the whistle on something evil or wrong in society or government. There should be consequences if you are hurt, jailed, or even killed for trying to render a genuine and risky service to our free society.

“Now,” it says, “you have some protection. If something happens to you, then your disclosures can be made public regardless.

How does it work? It’s pretty simple.

“If you don’t log back into it once a day, week or month (those are the options),” Vice magazine’s Motherboard blog reports, “your documents and respective password will be published on the site, and sent to a list of email addresses that you provide in advance; most likely journalists you trust to do the story justice, or your lawyer.

“The site can be accessed via a smartphone, assuming you can browse hidden services on it.”

Dead Man’s services cost 0.30 bitcoin, or a little over $100. According to the website, 399 bundles of documents have already been put under his protection.

At the time Vice reported on the article, 17 of them would be released if the whistleblower didn’t check in before 24 hours were up.

You see, every whistleblower needs a solid back-up plan. You know… just in case…

There was one problem: It opened him up to being attacked by the people who wanted all the information to be free.

If you were to go the “dead man” route, though, we’d recommend finding someone you trust — rather than putting all your faith in a shadowy character on the Deep Web named Dead Man Zero.

[Ed. Note: Of course, you’re probably not planning on becoming a second Snowden. Even so, you should still consider how you’re going to keep your personal information private.

Lucky for you, there’s an easier way…

It’s all explained in a unique report I’ve made available to my Laissez Faire Today e-letter readers. This report details step-by-step how to protect your private data from government snoops and malicious hackers. Sign up for Laissez Faire Today, for FREE, right here, to ensure you’re able to gain access to this vital information.]

In other news, the Los Angeles School Police Department (LASPD) has agreed to give up three grenade launchers…

“However,” the Libertarian Republic writes, “the department will continue to possess over 60 M16 assault rifles as well as a mine-resistant armored vehicle, or MRAP, previously used by soldiers in Iraq.”

The school police acquired the equipment under the Pentagon’s aforementioned 1033 Program — where over $5 billion in “extra” military equipment was doled out to cops and, curiously, even school police departments.

“Introducing military-grade weapons into environments in which more mundane weapons — like tasers and pepper spray — are already misused is deeply troubling,” public interest group Texas Appleseed wrote in a public letter to the Department of Defense.

“These weapons simply have no place in educational settings.”

No word yet on the DOD’s response. But you’ll excuse us if we don’t hold our breath. Stay tuned for more as this story progresses…

Ed. Note: Does today’s article seem short? That’s because each Monday (in the FREE Laissez Faire Today e-letter from which this was taken) Chris Campbell hosts his weekly “Reader Mail Monday” — where readers write in and voice their opinions on whatever topics Laissez Faire Today has been covering. Want to join the conversation, and learn about specific ways to safeguard and grow your wealth in the process? Click here to sign up for Laissez Faire Today, completely free of charge.