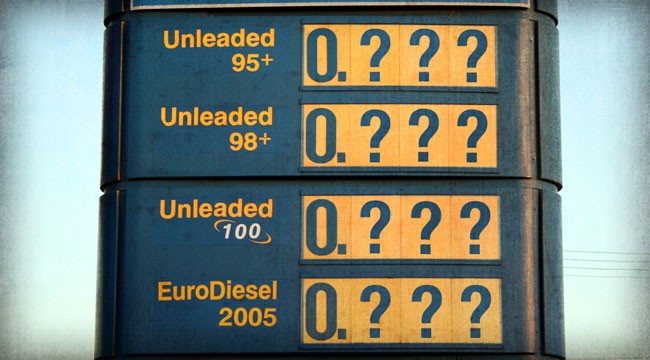 Oil's Pricing Mystery Has Been Solved

It’s a new year, but it’s still the same market with the same people in it and the same worries. And the big story is still the collapse of oil prices. As I write, oil just slipped to a new 5½-year low.

Below I’ll reveal some things you probably don’t know about oil pricing — an explanation from the only guy who seems to get this: Warren Mosler, a former banker and ace hedge fund manager. He is also a pioneer of the school of macroeconomic thought called Modern Monetary Theory, or MMT.

First, you have to understand that the Saudis are the world’s swing producer and price setter. They supply the last 9-10 million barrels of crude oil consumed every day. “The Saudis don’t sell at spot price in the marketplace, but instead simply post prices for their customers/refiners and let them buy all they want at those prices,” Mosler wrote. “And most recently, the prices they have posted have been fixed spreads from various benchmarks, like Brent.”

So if they decide, as they have done, to sell at a discount and let refiners buy all they want, this drops the price for everyone, as buyers key off of Saudi pricing. These demands require suppliers to meet that price or leave oil unsold as long as the Saudis can meet the demand. Either way, the Saudi action creates a downward spiral in price as they continue to offer a discount.

Meanwhile, the demand for oil has been steady, Mosler shows, indicating no “supply glut” but instead a reaction to Saudi pricing. Thus, oil prices won’t go higher, until:

1) The Saudis raise their price or

2) Physical demand goes up beyond the Saudis’ capacity to increase production.

“The Saudis never ‘cut production,’” Mosler notes. “They just set price and let the world buy what it wants at their price. No one seems to know that. As no one ever asks if they are going to raise the price.”

He said the Saudis would not cut production “whatever the price is.” “Whether it goes down to $20, $40, $50, $60, it is irrelevant,” he said in a recent interview. Saudi Arabia and other Gulf oil producers have super-low costs of $4-5 a barrel.

The secondary effect of [lower oil prices] is that it helps make the U.S. dollar stronger.

The Saudis have the world’s oil markets by the tail. Unless one (or both) of those two things noted above happens, it is hard to imagine a scenario where oil prices get back anywhere near $100 a barrel, or even $80.

So I’d say plan for oil prices to stay lower for longer than you think. This means there is no hurry to try to pick bottoms in oil stocks just yet.

As with most busts, there has to be a washout phase filled with bankruptcies and lots of angst. We’re not there yet. Oil stocks are way down, yes. But I expect we’ll see a significant oil company or two go under. And lots of smaller players will go bust.

It will also hurt oil services stocks. It will hit banks with energy exposure. It will affect real estate in energy hot spots. And the bust will take some time to play out — not weeks, not months, but probably years.

The secondary effect of this is that it helps make the U.S. dollar stronger. The U.S. dollar buys more oil, that’s obvious. It also buys more other things as relative prices react to the drop in oil. So the dollar also buys more gasoline. It buys more of everything to the extent that consumers share in any energy savings as the prices for oil-related products fall.

As with most things in life, there is good and bad. The old golf saying applies: “Every putt makes someone happy.”

One of the few energy companies whose profits expand with the drop in oil is one my Mayer’s Special Situations readers already own.

We’d give you the company’s name and ticker, but it trades over the counter. We don’t want to blow up its share price by broadcasting it to hundreds of thousands of readers.

For what it’s worth, I’ll give you the details behind the play to pique your interest.

Just recently I picked up an analyst report on the stock from the boutique firm Miller Tabak. I know nothing about the firm, but their report picked out a key fact that is worth repeating.

The tiny stock I’m recommending to my readers has a refinery in Hawaii that’s its chief asset. It turns raw crude oil into gasoline and jet fuel. Hence, lower oil prices are good for them.

Here is an excerpt from Miller Tabak:

“[The company] is one of the few energy companies that become more profitable as crude prices drop, as its fuel costs decline by $8.4 million per year for every $10/bbl drop in crude prices. With Brent at $65/bbl, we expect [the company’s] production costs to decline by approximately $23 million in 2015 compared to 2014.”

Crude oil prices have tanked since we picked up the play, but the stock price is a touch lower than where we got in. It’s a good investment at this level.

P.S. There was a good interview in The Wall Street Journal with Tom O’Malley, who is executive chairman of PBF Energy (“Cheaper Oil Flows Into Refiner’s Growth Plan,” by Alison Sider).

O’Malley is a giant in the world of refining. He’s bought and sold refineries for more than 30 years. He has a knack for getting the timing right. He takes over ailing refineries and sells them for billions later.

Here’s an interesting snippet from the interview:

“WSJ: I imagine you don’t mind buying cheaper oil, but what kind of ripple effect does that have on fuel prices?

“Mr. O’Malley: Lower prices usually lead to greater consumption. Think of it as just an absolutely extraordinary addition to disposable income. For refiners across the country and probably across the world, it’s a net positive.

“WSJ: What do you forecast for gasoline prices?

My Mayer’s Special Situations pick, as well as O’Malley, has taken over an ailing refinery and now looks to reap the benefits of doing so.

P.S.S. In today’s email edition of The Daily Reckoning I teamed up with Addison Wiggin to help readers understand the “petrodollar curse” in reverse. You miss out on our daily focused commentary by simply reading what’s here on our site. Better to sign up to receive edition. It’s free, entertaining and takes fifteen minutes to read each day. You’ll get daily access to analysis you won’t find on our site. Click here to subscribe now.