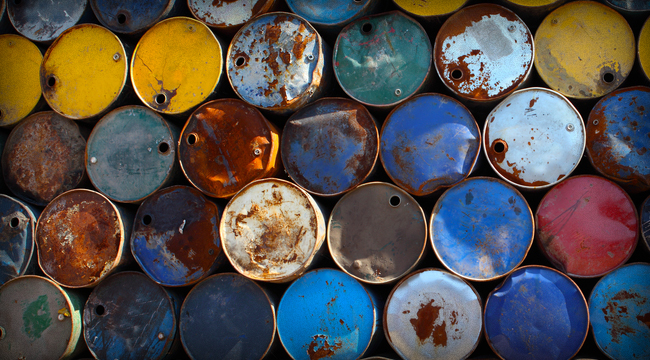 “There is a moral imperative to try to stop the onslaught against the Syrian population,” urges President Obama’s former Middle East adviser Dennis Ross. “But there is also a strong U.S. national security imperative.”

Oil — at least the West Texas Intermediate variety — hasn’t poked above $100 a barrel in nearly 12 months. But events in the Middle East have propelled it from below $88 a week ago to $93.19 this morning.

“A familiar coalition of liberal hawks and Middle East hands is now pushing the president toward intervention in Syria,” says the Financial Times. The push got stronger last week when the White House said the U.S. spooks had “varying degrees of confidence” that the Syrian government of Bashar al-Assad had used chemical weapons and thus crossed the administration’s “red line.”

But wait: “New questions have emerged over the source of the soil and other samples from Syria which, it is claimed, have tested positive for the nerve agent sarin,” reports the U.K. Observer.

Eyewitness reports of one attack described “white smoke” coming from shells that smelled like hydrochloric acid. Except sarin is colorless and mostly odorless.

Of course, events 10 years ago proved that disputed claims over “weapons of mass destruction” aren’t enough to stop U.S. regime change in the Middle East. “I think it’s important for the administration to look for ways to up the military pressure on Assad,” says an undeterred Sen. Carl Levin, chairman of the Armed Services Committee.

Then there’s the question of the rebels — neatly encapsulated in this bumper sticker from LibertyStickers.com…

The question is, if anything, more relevant now than it was when Mrs. Clinton uttered it more than a year ago. “Nowhere in rebel-controlled Syria is there a secular fighting force to speak of,” said a New York Times dispatch from the war zone last weekend.

Of course, in the minds of some politicians, this fact makes the case for U.S. intervention even more urgent: “We’ve gotten to the point now where the opposition has been affected by the radicals,” says Sen. Lindsey Graham (R-S.C.) “I think we can arm the right people with the right weapons.”

As Addison wrote with Bill Bonner in Empire of Debt, the empire has a logic all its own.

Then again, maybe support for al-Qaida types has been the plan all along, even before Obama came on the scene.

“To undermine Iran, which is predominantly Shiite, the Bush Administration has decided, in effect, to reconfigure its priorities in the Middle East,” wrote The New Yorker’s Seymour Hersh in 2007. That is, the U.S. began to egg on the 1,354-year-old conflict between Shiite and Sunni Islam. Divide and rule.

“In Lebanon,” wrote Hersh, “the administration has cooperated with Saudi Arabia’s government, which is Sunni, in clandestine operations that are intended to weaken Hezbollah, the Shiite organization that is backed by Iran. The U.S. has also taken part in clandestine operations aimed at Iran and its ally Syria. A byproduct of these activities has been the bolstering of Sunni extremist groups that espouse a militant vision of Islam and are hostile to America and sympathetic to al-Qaida.”

Fast-forward six years: The Obama White House is working openly with the Sunni governments of Saudi Arabia and Qatar — which are funneling the money and weapons to the Sunni rebels in Syria trying to take down Assad and his Shiite brethren.

Today, Jody Chudley explains how Warren Buffett capitalized on Canada’s new “anti-capitalism” regulations… and how you can follow his lead.