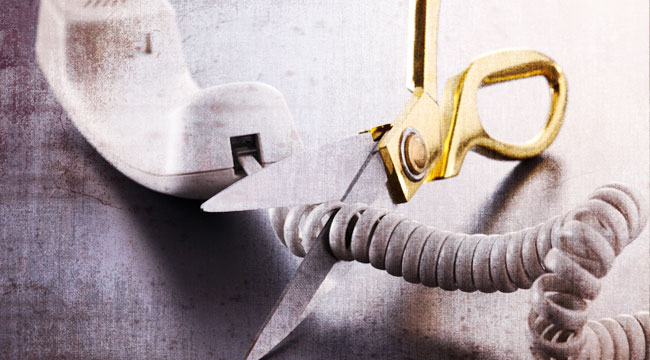 The first round of negotiations over a new trade agreement between the U.S. and the European Union is scheduled to start this week, but it may be doomed before it even begins. EU officials are demanding answers and threatening to call off the negotiations in light of the latest NSA revelations released last week showing how the U.S. has been involved in extensive spying on EU diplomats. The diminishing trust between the two allies could have a knock-on effect on global copyright regulation and stiffen Europe’s resolve to better protect its own citizens’ online privacy.

The new NSA leaks shed light on the extensive nature of U.S. surveillance on EU officials. By installing bugs and infiltrating their computer networks, the NSA has had access to private discussions, emails, and internal computer documents housed in the EU office in Washington, D.C. There is even indication that EU reps at the United Nations were similarly spied on. According to the leaked documents, the aim of the surveillance scheme was “to gather inside knowledge of policy disagreements on global issues and other rifts between member states.”

That kind of inside information would no doubt be put to use in the forthcoming negotiations over the Transatlantic Trade and Investment Partnership (TTIP), also known as the Trans-Atlantic Free Trade Agreement (TAFTA). Negotiators plan to draft TTIP under the same secretive processes as previous trade agreements. Officials from both regions have indicated their intention to regulate copyright in this latest trans-Atlantic trade deal. Also on the bargaining block has been the regulation of trans-Atlantic data flows of personal information from and about European citizens to American companies like Facebook, Google, and Yahoo.

The EU has had comparatively better privacy safeguards, but it’s clear the U.S. has been working to chip away at them, partly to protect U.S. companies that rely on the “safe harbor” exceptions to European privacy law and partly to defend its international spying activities. Over a year ago, the Obama administration lobbied EU officials to drop an “anti-FISA” clause from Europe’s current reform of its privacy legislation, the Data Protection Directive. According to The Washington Post, the European Commission dropped the rule in order to avoid complications in future trade deals, including TTIP.

Given recent revelations, the EU may now have two big reasons to push back harder on privacy, no matter how much that might “complicate” relations with the United States. As European Digital Rights (EDRi) said last month:

“The USA already has one scandal on government access to data (PRISM) undermining trust in U.S. companies. They know that the lack of a comprehensive privacy framework means that a scandal regarding corporations’ use of data is inevitable. The U.S. desperately needs to ensure that Europe does not have a privacy framework that will give it a major competitive advantage.”

EU officials are rightly upset over revelations that their own negotiators are being spied upon. Leaders of EU nations including German Chancellor Angela Merkel and French President François Hollande have called on the U.S. for explanations. German officials have accused the U.S. of using “Cold War”-like tactics to undermine their mutual trust. Hollande has called for an immediate halt to the programs or else will call off the TTIP talks next week.

It’s still unclear as of the time this was written whether EU-U.S. trade negotiations will go on as scheduled. Other countries targeted in the surveillance program include Mexico and Japan, which are parties to the separate negotiations. While Japan has joined the call to demand answers from the U.S., it is not yet clear if this will also lead to similar complications for those trade talks.

Trade agreements, like any other international policymaking space, reflect the geopolitical and economic realities in which they take place. It’s clear that these NSA spying revelations undermine the trust and goodwill other nations held for the U.S., the consequences for which will likely be felt for months, if not for years, to come.

It may also transform the debate about the transparency of international agreements. The blatant hypocrisy of the U.S. government asserting the importance of negotiating trade agreements in private — out of the sight of public scrutiny — yet all the while covertly collecting such intimate information on the internal debates of our state allies may give other countries pause as to how imbalanced supposedly secret negotiations can be.

It’s now clear more than ever how crucial transparency is for enabling democratic international rule making to take place. In order for our governments to enact proper, functional policies that address real issues and primarily benefit the broad public, our laws and the process for creating them need to be out in the open, visible to all: not just those who have the resources and the brazen intent to spy on their international partners.

Get Ready for Brexit II