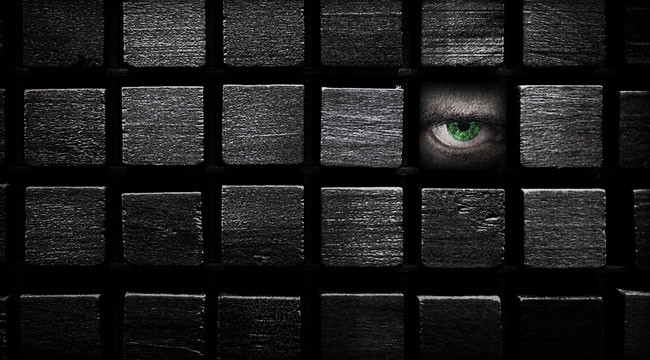 Americans are still trying to get a handle on the full extent of the government’s domestic spying activities, including the recent revelation that the National Security Agency (NSA) has been collecting and storing the email address books of ordinary Americans using online messaging services. Many users of such services are looking to tech executives for answers.

But tech executives claim they have no choice but to comply. As Yahoo CEO Marissa Mayer explained at the recent TechCrunch Disrupt conference in San Francisco, it’s “treason” to disobey the NSA. “It generally lands you incarcerated.”

Those who think she’s engaging in hyperbole need only look to the case of former Qwest CEO Joseph Nacchio.

Recently released from federal prison, Nacchio claims he was set up on insider trading charges when he rebuffed NSA attempts to access his customers’ records. A 2006 report in USA Today confirmed that Qwest was the lone holdout from the 2001 NSA program. Today, there are apparently no such holdouts: Leaked information on the current NSA PRISM program shows that Google, Facebook, Microsoft, Yahoo, and others turned over virtually all data on all their users to the NSA on demand.

CEOs are concerned about possible retribution for more than just noncompliance; the orders also carry a prohibition against companies even disclosing that a request was made.

Indeed, Nacchio explained that since he was charged with insider trading, rather than treason, he was barred from presenting evidence in his defense that noncompliance with the NSA lay behind his prosecution. Even had he been allowed to use such a defense, the information he requested to support his proposed defense was deemed “classified.” As Mayer put it, trying to explain why Yahoo can’t protest NSA’s spying on its users: “We can’t talk about it because it is classified.”

That the government could impose a gag order on such prominent business leaders — and that nearly every business leader so ordered would be intimidated into compliance — would have been unthinkable to earlier generations of American entrepreneurs, who viewed the government as a servant to be watched carefully, rather than the other way around.

Take the example of my father, the late Willard Garvey.

As Pulitzer Prize winner Maura McEnaney recounts in her new book, Willard Garvey: An Epic Life, long before today’s war on terror, my father was a capitalist operating on the front lines of the Cold War: in Latin America, Asia, and Africa.

Latin America from the 1950s into the 1970s teemed with Cold War intrigues, from the Marxist-Leninist guerrilla Che Guevara to right-wing military juntas, CIA-assisted coups, and active pro-Cuban, pro-Soviet, and pro-Chinese factions jockeying for control. Despite this, my father pushed ahead with his plans to build low-cost homes for the nascent working and middle classes in Bolivia, Colombia, Ecuador, and Peru. The same was true in India, Morocco, and Thailand. “Every man a homeowner, every man a capitalist,” was his motto.

Operating with local partners and dealing only with the country’s top leadership, my father became highly visible on the CIA’s radar screen. As he later recalled, “The CIA guy would come down and visit me after I got back from trips. I said, ‘I’m pleased to talk to you and I will tell you anything I know, but don’t ever tell me anything that you don’t want anybody in the world to know because if anyone ever asks me, I’ll tell them.'”

Given today’s draconian penalties for such an “open mouth” policy, is it surprising that tech titans are reluctant to publicly oppose their companies’ use as NSA agents?

Yet many profess that they don’t want to comply. Is something more at work?

Sure there is: business, contracts, money. According to the USA Today report, Nacchio says he was warned that Qwest’s refusal to comply with warrantless wiretapping requests “might affect its ability to get future classified work with the government,” which came to pass.

Silicon Valley’s cozy relationship with the government is deep-seated and mutually beneficial: from Oracle’s taking its name from a CIA contract, and Google Earth’s genesis as the CIA-funded “Keyhole” satellite mapping software, to ongoing, highly lucrative contracts for supplying the government with technology — so lucrative that Google sued to be able to bid against Microsoft for one five-year contract.

Google co-founder Larry Page offered this defense of NSA data-gathering on Google’s blog: “We understand that the U.S. and other governments need to take action to protect their citizens’ safety — including sometimes by using surveillance.” Oracle co-founder and CEO Larry Ellison championed the practice on CBS: “It’s great… It’s essential.”

It’s difficult to imagine that the government would or could prosecute all the CEOs of such influential firms if they all refused to cooperate with the government’s wide net of data gathering.

Americans concerned about government overreach won’t find champions among today’s high-tech leaders. What a far cry from earlier generations of individualist-entrepreneurs like my dad, Willard Garvey, who boldly declared, “I wouldn’t be co-opted or subservient to any government bureau at any level. Patriotism and government are two unrelated subjects.”

Mary Theroux
for The Daily Reckoning

Ed. Note: Since the turn of the century, Americans have become complacent to the intrusiveness of government on their private lives. Indeed, many seem to think that, not only is it permissible, it’s actually necessary. What a load of B.S. You know that, we know that, and the editors of Laissez Faire Today know that. That’s why they publish the Laissez Faire Today email edition – to give readers clear and actionable ways to better guard against government intrusion and the prying eyes of the NSA. You don’t have to take it lying down. Sign up for Laissez Faire Today, for FREE, right here, and start living a better, freer lifestyle.