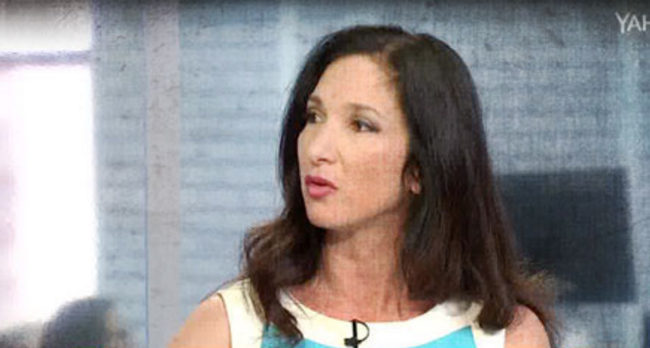 Nomi Prins on the World Financial System in 2017

The Daily Reckoning had the chance to sit down with best-selling author, economist and historian Nomi Prins for a candid one-on-one interview while in Berlin, Germany.  Between her exclusive meetings with Jim Rickards, a series of European press interviews and pressing research meetings for her forthcoming book Artisans of Money we sat down at a café in the heart of Europe to discuss what is unfolding in Europe and what to expect in 2017. 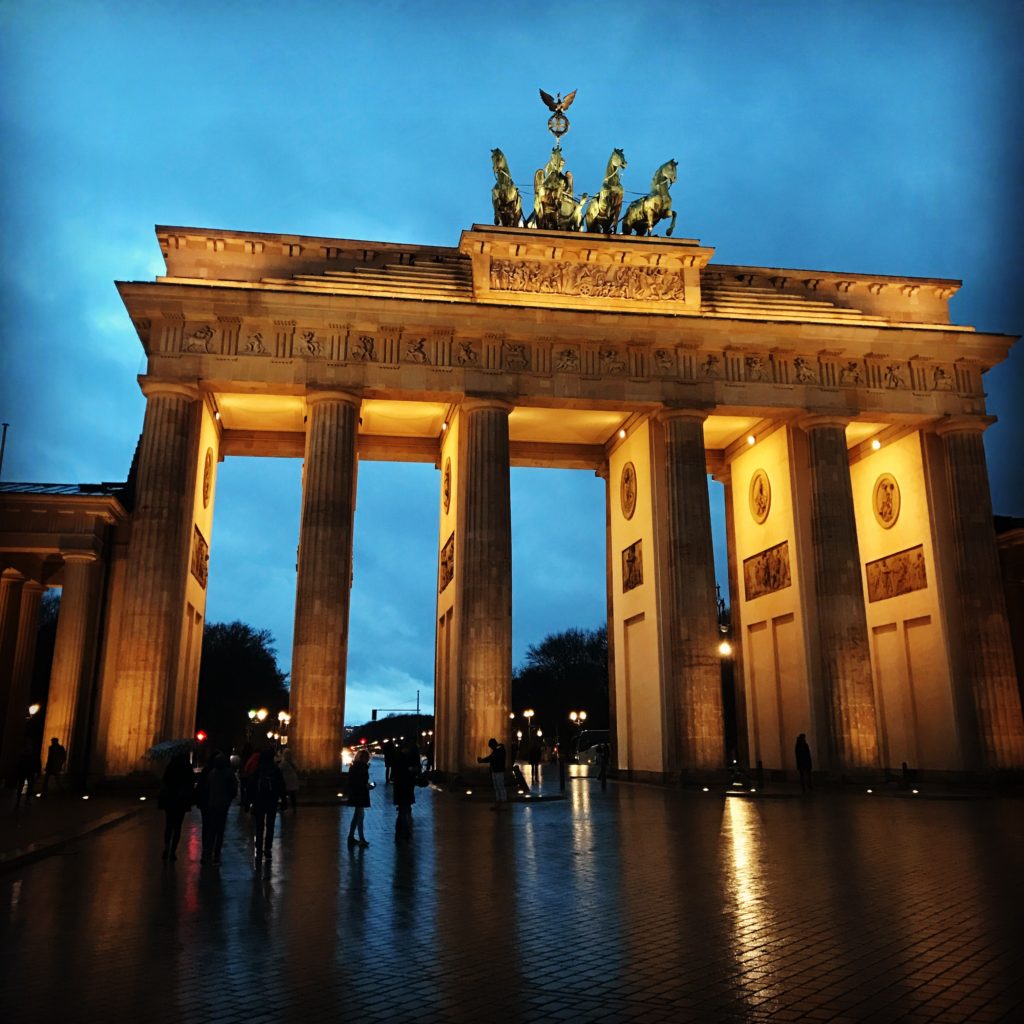 The Brandenburg Gate, one of the best-known landmarks of Germany – and directly across from our meeting location.

The Federal Reserve raised interest rates for only the second time in a decade by .25 basis points the day after our interview.  Many saw this move as a reflection of Fed officials having confidence in the U.S economy and what might be signs of rising inflation.  Europe, in the meantime, has been left scratching its head in a perplexed wonder of how it should react.

One year ago, Prins’ was out in front of the December 2015 rate hike in which she firmly believed other central banks would be forced to react.  This time, The Daily Reckoning got the exclusive on what she believes is next on the financial horizon and what specifically might be in store for the Eurozone. 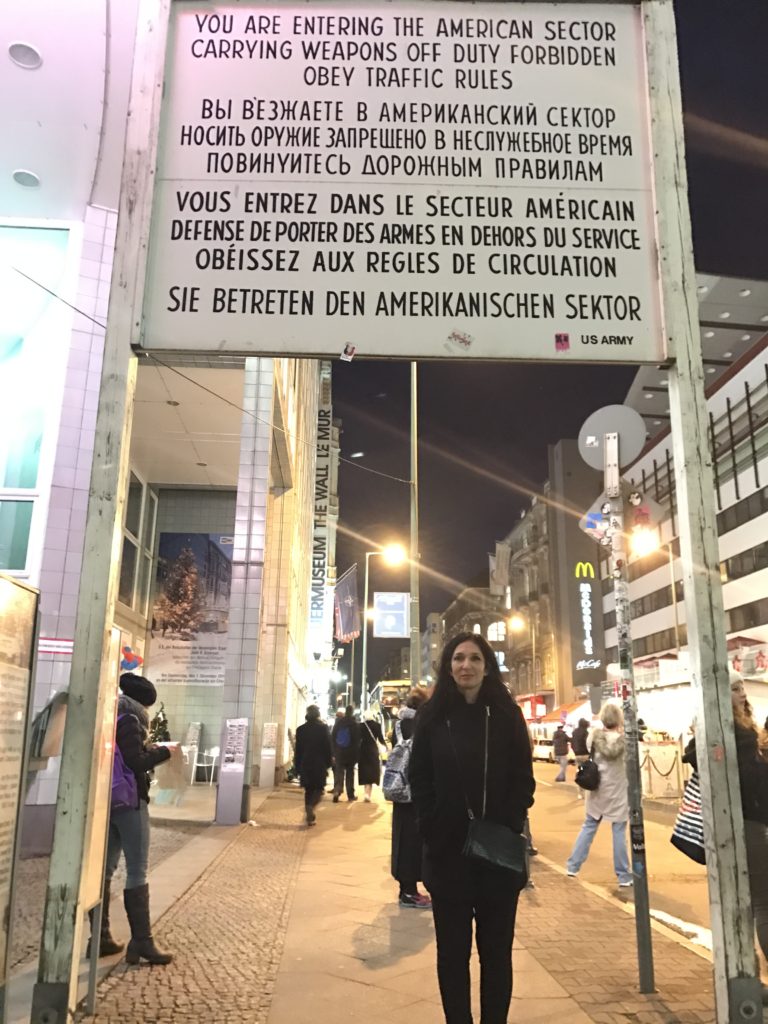 The Daily Reckoning (DR): The U.S just raised interest rates – what reaction do you see coming from Europe and the European Central Bank (ECB)?

Nomi Prins: The ECB won’t act as it had last year, it won’t react immediately by cutting rates.  What is most likely to come from the ECB this round is an expansion of quantitative easing operations (QE) in which more money is pumped into the system.

It is also likely that the Bank of England (BoE) will cut rates – the central bank is one of the only major coordinated banks that operates at the same level of the Federal Reserve and remains independent in action.  It is also one of the very few central banks that has not acted by cutting rates, so far, in the wake of the financial crisis.  The BoE now believes that they have the room to cut rates.

If the global markets pattern of turmoil is to be replicated in similar form from last year, they’ll be inclined to act.  From there, depending on how bad things get following the market shakeup after the Fed’s action, the BoE will be forced to extend, if not expand, its own UK version of QE.

DR: The European Union has come to a very difficult crossroads economically and politically.  What is to come for the EU and the European Central Bank?

Nomi Prins: The EU as an institution is going to continue its trend of cracking and progressively getting worse. The current near term reality for everyday people is that their economic future will not match what quantitative easing (along with zero interest rate policy) has done equal to what banks have been given.

People can clearly see that those corporations are being given considerable financial and policy-oriented assistance, while the everyday worker is being left behind.  They might not know specifically what to call the economic hit they’re feeling, but they certainly understand they’re worse off.

EU member states will look for more beneficial relationships in order to support their individual economies.  Though it will take a longer time, there will be a considerable shift in power underway within economic trade and geopolitical relationships.  This will also be seen within the ECB as it continues to struggle to react to economic and political shifts in the region.

DR: What is to come economically and politically for 2017? What are you watching?

Nomi Prins: In the United States, Donald Trump will be the major story.  If the infrastructure plan promised on the campaign, that has now been envisioned by many, is to actually take place it could spur economic growth globally. But that will remain to be seen for some time.

Even if a massive stimulus of infrastructure spending were to take place, it is seemingly a flawed strategy to begin with in regards to budgets and overall impact to a real main street economy.

The biggest moves will be political.  It is important to watch the speed and direction in which a president Trump is able to move forward with international alliances.  These relations will impact trade, currency and capital flows outside of the U.S.  While they were already set in motion during what can be described as an ongoing financial crisis, it will be furthered under a Trump administration.

People in other countries are going to react to government actions, and inaction.  Expect a Europe that will remain economically and politically crippled.  More elections in Europe will bring about more economic shocks, and further stress.

In the same breath, China will continually get bad press amongst the mainstream media outlets but carry on its momentum toward furthering its position as a global leader.  We saw that with its inclusion at the International Monetary Fund in the special drawing rights (SDR) and we’ll see further status moves in the future.

The United Kingdom is undergoing minimal job numbers while the pound sterling continues to weaken.  That trend should continue in 2017.  Things for the UK will be rocky as they slowly head toward the Article 50 of exiting the European Union.  Theresa May has indicated that all of the strategy and government leadership planning will be made public around March of 2017.

The impact on the UK and the EU will be made more clear then.  The public will have a greater understanding of whether the EU will be kind to the UK or set out to make an example out of those members that choose to leave.  In the meantime, the UK will begin to forge new relationships in order to be hedged for BREXIT uncertainty.

DR: As the International Monetary Fund continues to surface as a global influencer what is your impression on its influence for 2017? 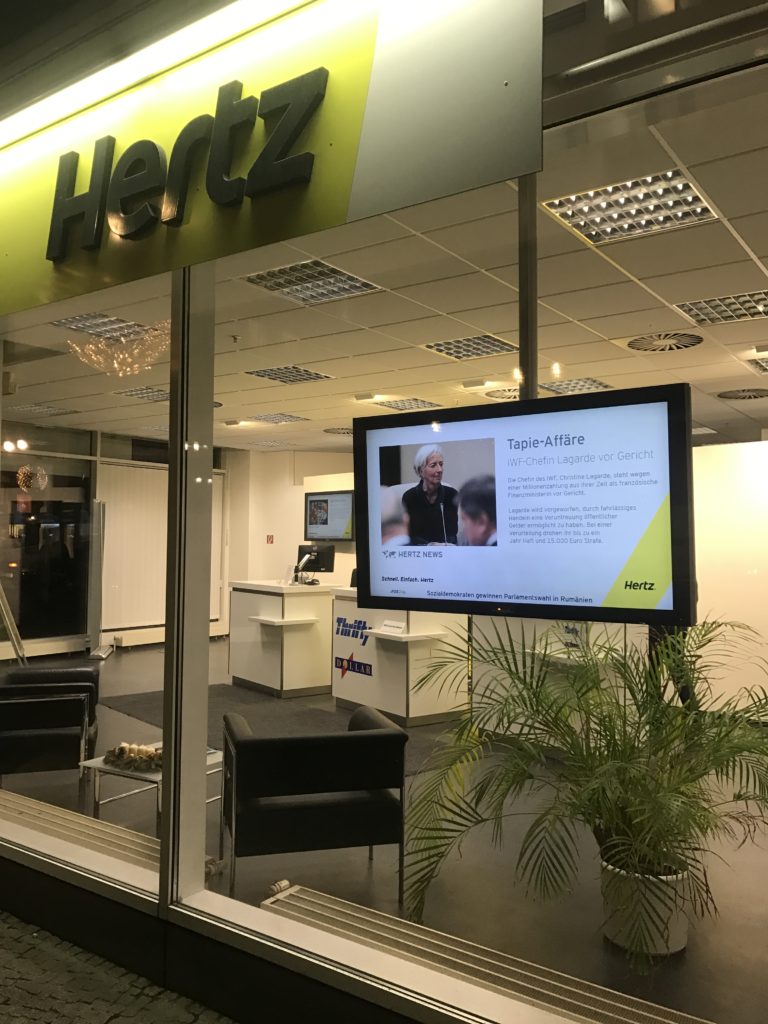 News monitor featuring the head of the IMF on the street in Berlin, Germany. EU counterparts highly concerned about IMF and Lagarde’s trial.

Nomi Prins: The IMF has been focused on a rising dollar and emerging markets not being able to pay back debts relative to a strengthening dollar.  If the Fed policy of raising rates continues to be a policy for the future and a strengthening of the U.S dollar continues, this debt burden will on EM will continue to press down on the global economy.

Christine Lagarde, the managing director of the IMF, will be found guilty for criminal charges linked to her misuse of public funds during her time as France’s finance minister.  This very well could force her out of the post that she had just entered in February for her second five-year term.  Similar to Dominique Strauss-Kahn’s scandal and resignation from the IMF, the move could prove to be a destabilizing factor to the IMF and the organization’s ability to participate in government bailout activities.

If she does step down from the head of the IMF, does the Fund select someone more friendly to U.S policy?  Does it just go away?  The coming weeks and days into 2017 will give very early signals as to what to expect.

DR: Finally, how do you see the Fed responding for 2017? After this December 2016 rate hike, where is Yellen looking?

Nomi Prins: On December 16 of last year, the financial headlines swirled that four quarter point increases would be on the horizon for 2016.  Instead, the reality was that we had one.  This time, they are saying even less.  The signaled expectation from the Fed is that three rate moves are to be anticipated.

Technically speaking, there is no reason to trust anything that they say.  After getting one rate hike from a Fed that forecast four moves, it is clear that nothing from the Fed is known.  It shows that Yellen and those running the Fed are not really sure of anything.