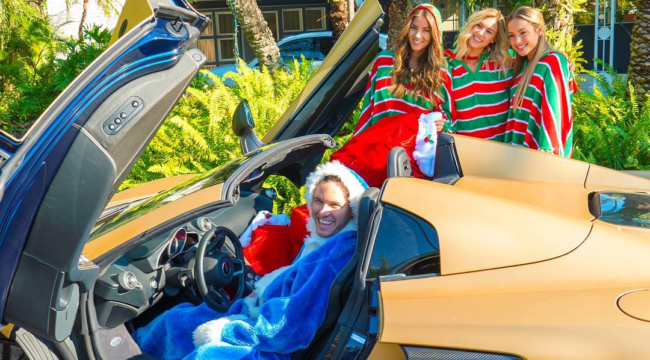 The New Most Interesting Man in the World?

It is a red-letter day here at The Daily Reckoning… a day of celebration.

For we have hooked a hefty fish.

“I know 1,000s of day traders,” begins our own James Altucher, himself a former hedge fund manager and venture capitalist.

“I know one successful day trader,” he adds…

Tim has made millions trading stocks.

He has also visited over 80 countries, “meeting and chatting with many of the world’s most interesting and successful people.”

En route, Tim has earned a reputation as a bon vivant, a man about town and yes… a rascal.

His Instagram page is a photographic journal of his life of Riley.

“Trust me,” says Tim, “you’d hate me much more if you saw my entire life.”

Here we offer a glimpse — at some risk to our wholesome Presbyterian standard: 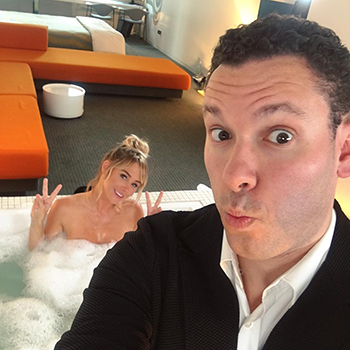 Tim’s “big mouth and brutal honesty” have made him millions.

But as he concedes, they’ve also gotten him “into a little trouble.”

More on that “trouble” anon…

Tim had the trader’s itch from a tender age… and it was soon obvious that the magic was in him.

In college, Tim took $12,415 of bar mitzvah money he acquired a few years prior… and transformed it into a $2 million jackpot.

He started a hedge fund before he even graduated.

Barclay would rank his hedge fund No. 1 in its category for three years.

Young Timothy Sykes had life by the throat.

And he was out for everything in sight — the Earth, the sun, the stars.

But like prideful Icarus of ancient Greek mythology, Tim flew too close to the sun… and it scorched his wings:

My trading strategy was never very scalable (meaning it’s much easier for me to make $100,000 than it is $100 million) and my fund lost 35% when I tried long-term investing instead of trading.

Embarrassed, depressed, but “infinitely wiser,” Tim bandaged his pride, patched his wings… and had another go of it…

Tim was soon at his old tricks again — trading — and making money.

He was featured in the hit documentary Wall Street Warriors.

Tim received hundreds of daily emails from viewers, all seeking light on the inner mysteries of his trading strategies.

He wanted to help.

Yet Tim was a hedge fund manager. And the rules prohibited him from answering them.

So with his tortured conscience shrieking in protest, Tim Sykes donned the rebel’s hat… grabbed a rifle… and took to the warpath…

“Screw you!” said Tim to what he calls the restricted hedge fund industry.

He told all in his best-selling autobiography, An American Hedge Fund.

That is not all:

Even basketball star Shaquille O’Neal sent me a cease and desist letter after I blasted him for taking shares of a penny stock pump & dump.

Let the record show that the stock in question plunged 99% — as Tim predicted.

These days Tim is still in combats with (in our view, the right) enemies in the financial world.

He is also in easy waters…

Covestor — a site that ranks traders’ performances — has rated Tim No.1 out of more than 60,000 traders.

He has appeared in every significant business and financial media outlet possible.

And Tim is still inflamed by the conscience that led him to arms against the hedge fund industry.

That is why he is eager to show regular folks how to succeed trading stocks.

Tim currently has over 3,000 students in more than 70 countries worldwide.

Many of his students, as confirmed in Forbes, “have earned hundreds of thousands of dollars using Tim’s methods.”

That is why we took Tim aboard — so you — our reader, can also profit from his trading genius.

And if it digs a thumb in the eye of the financial establishment… so much the better.