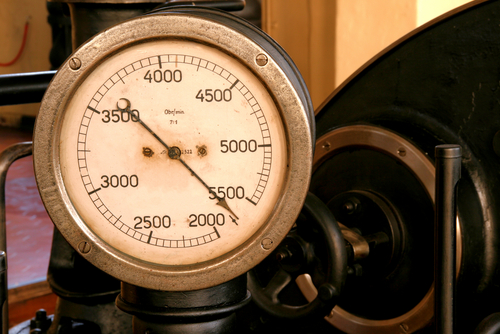 More Too Much of a Good Thing

Parley-vous francais? You can learn that much French in about 5 minutes. If you knew no French before, this represents an infinite increase. In about 5 more minutes you can learn “Je m’appelle Todd,” an increase of about 100% on what you knew before. Thereafter, the rate of return declines. By the time you are laboring over the past conditional form of the subjunctive mood or the archaic simple past form, which is used only in literature or formal writing, you will find progress hard to come by…with hours of additional time and energy needed just to make the smallest contribution to your useful lexicon.

Initial investments of energy in anything tend to produce more results than later inputs. In your first week, you learn quite a lot. Each successive week brings fewer new words. When you have become ‘fluent’ whole months can go by without learning a single new word or verb form. Of course, you can persist. You can spend all your time studying the language in all its bizarre and arcane forms, memorizing expressions of the ancient Luberon local dialect and verb forms that haven’t been used since the time of Moliere. Keep it up and your friends and family will probably think you’ve gone too far, that you’ve gone a little funny in the head.

Often, progress comes in fits and starts. You may have to put in a certain amount of energy before you get the payoff. If you are breaking into a liquor store, for example, it takes a while to jimmy open the door and cut the alarm cables. Then, you get the reward. In that sense, the input/output curve can be more of a stair-step pattern than a simple humpback curve. Still, you can easily imagine that your first B&E job will be more rewarding than your 10th….or your 100th. Or imagine that you were building a bridge. You would have enormous inputs of energy over a long time while you were in the construction phase. Then, the payoff would come in a dramatic ribbon-cutting ceremony…with a flat rate of return everafter. Your return on investment curve would be a single giant step.

We tend to think that fossil fuel is an exception to the general pattern. The more the merrier. But it is not so. Energy from coal, oil and gas follows the same lifecycle…from fast growth and strong returns in early life to slower and slower growth in mid-life. This is just a way of saying that the utility of fossil fuels declines over time, just as it does with everything else.

Energy — available, useful, effective energy — is always in limited supply. There are only so many hours in the day…only so many neurons to do their work…and only so many tons of coal in the earth’s crust. You either use them well…or you don’t. All human progress comes as a result of using energy effectively. In the hundreds of thousands of years before man was fully human, he had no more energy available to him than other animals. He ate what he could gather or grab. His brain developed, allowing him to use tools and weapons and to undertake collective projects, such as hunting, war, irrigation, public hangings, entertainment, and so forth. But this larger brain came at a cost. Brains take energy. He needed to increase his calorie intake to pay for it.

Usable energy is a function of the technology existing at the time. For at least 10,000 years men wandered the plains and scrub forests of what is today Texas. But only in the last 100 years were humans able to extract oil and do something with it. Only in the last 10 years were they able to frack out even more oil and gas. It’s not enough just to have a lot of energy available.

Over many, many years people learned to use energy from a variety of sources. Some figured out how to work metal using the heat from coal or charcoal…others learned to navigate the oceans using the force of the wind to drive their boats…still others figured out how to mill flour using the power of a waterwheel…and some even developed construction cranes powered by slaves walking on a treadmill. They invented these machines to move, grind, lift and hammer things. But they lacked a convenient, flexible and reliable source of condensed energy to power them. Using the energy and technology they had, output increased very, very slowly. This gave innovations time to spread widely and distribute themselves fairly evenly. As late as the 18th century there was not much difference in the level of wealth and standard of living between a farmer in Bengal or one in China or Virginia.

Machines burn energy; they turn it into something we can use. In that sense, even the cow is a type of machine. It converts grass — which is indigestible by humans — into milk, cheese and meat. The horse is a useful machine too — converting grass into horsepower, which can be used for transportation, war or farm labor. But the machines of the Industrial Revolution gave us the biggest boost of all. Now man could use the condensed energy from millions of years of sunlight. He could use it to make things and move them around. You can see here what this did to the human population. It permitted a staggering increase in the number of people the world could support.

This innovation is barely 2 centuries old. It is so new that it has yet to be fully exploited by much of the human population. It took a while for these engines — and the machines they powered — to be perfected, but over the 19th and 20th centuries the results were spectacular. Nothing in human history comes even close. Now, humans could burn far more energy than they had in the past. You see the consumption here:

These innovations happened so fast that not everyone was able to take advantage of them at the same rate. Not all people had the savings, the financial system, and the property rights that would allow them to exploit energy efficiently. In 1910, for example, Russia was fast applying the new technology. It had one of the highest growth rates in the world. Then, the Bolshevik Revolution stopped the process in its tracks. For the next 70 years, much of the energy put to use in the Soviet Union was wasted. Same thing in China after the triumph of Mao in 1948.

Today, the use of energy is extremely uneven. The average American uses 327 gigajoules of energy per year. In Vietnam the figure is only 22. In India it is only 21. Even in Brazil, it is just 44. All of these countries have plenty of room to grow simply by putting into place the innovations that have already been developed. By contrast, the rich countries will find it hard to put more machines into service profitably. That’s why energy use is now declining in the US, Europe and Japan; it just doesn’t pay.

That is also why the world we see in Europe and America today is so similar to the world of 50 years ago. We had much cheaper gasoline back then. But the machines we used to turn the fuel into useful output were about the same. There were automobiles, tractors, factories with assembly lines, air-conditioners, refrigerators, television, elevators, jet aircraft. In fact, it’s hard to think of anything we didn’t have — other than electronic gadgets. Even the cultural world is little changed. The Rolling Stones, for example, just celebrated their 50-year anniversary, and they’re still going strong. So too are many other musical groups from the ’60s. We still watch late-night talk shows on TV. We wear suits and ties. We turn on the A/C. And we drive down the freeway in our automobiles, listening to the “classics.” What has changed?