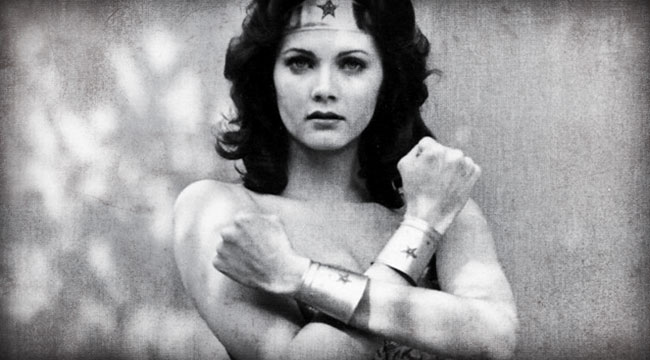 Supporters of warfare, welfare, and Wonder Woman cheered last week as Congress passed a one trillion dollar “omnibus” appropriation bill. This legislation funds the operations of government for the remainder of the fiscal year. Wonder Woman fans can cheer that buried in the bill was a $10,000 grant for a theater program to explore the comic book heroine.

That is just one of the many outrageous projects buried in this 1,582-page bill. The legislation gives the Department of Education more money to continue nationalizing education via “common core.” Also, despite new evidence of Obamacare’s failure emerging on an almost daily basis, the Omnibus bill does nothing to roll back this disastrous law.

Even though the Omnibus bill dramatically increases government spending, it passed with the support of many self-described “fiscal conservatives.” Those wondering why anyone who opposes increasing spending on programs like common core and Obamacare would vote for the bill, may find an answer in the fact that the legislation increases funding for the “Overseas Continuing Operations” — which is the official name for the war budget — for the first time since 2010. This $85 billion war budget contains $6 billion earmarked for projects benefiting Boeing, Lockheed-Martin, and other big defense contractors.

Ever since “sequestration” went into effect at the beginning of last year, the military-industrial complex’s congressional cheering session has complained that sequestration imposed “draconian cuts” on the Pentagon that will “decimate” our military — even though most of the “cuts” were actually reductions in the “projected rate of growth.” In fact, under sequestration, defense spending was to increase by 18 percent over ten years, as opposed to growing by 20 percent without sequestration.

Many of the defenders of increased war spending are opponents of welfare, but they are willing to set aside their opposition to increased welfare spending in order to increase warfare spending. They are supported in this position by the lobbyists for the military-industrial complex and the neoconservatives, whose continued influence on foreign policy is mystifying. After all, the neocons were the major promoters of the disastrous military intervention in Iraq.

While many neocons give lip service to limiting domestic spending, their main priority remains protecting high levels of military spending to maintain an interventionist foreign policy. The influence of the neocons provides intellectual justification for politicians to vote for ever-larger military budgets — and break the campaign promises to vote against increases in spending and debt.

Fortunately, in recent years more Americans have recognized that a constant defense of liberty requires opposing both war and welfare. Many of these Americans, especially the younger ones, have joined the intellectual and political movement in favor of limiting government in all areas. This movement presents the most serious challenge the bipartisan welfare-warfare consensus has faced in generations. Hopefully, the influence of this movement will lead to bipartisan deals cutting both welfare and warfare spending.

The question facing Americans is not whether Congress will ever cut spending. The question is will the spending be reduced in an orderly manner that avoids inflecting massive harm on those depending on government programs, or will spending be slashed in response to an economic crisis caused by ever-increasing levels of deficit spending. Because politicians are followers rather than leaders, it is ultimately up to the people what course we will take. This is why it is vital that those of us who understand the dangerous path we are currently on do all we can to expand the movement for liberty, peace, and prosperity.

Ed. Note: The need for reduced government spending is as paramount as it has ever been in American history. It’s at the heart of what’s wrong with the US financial system, and it threatens every aspect of your life, your prosperity and your savings. But you don’t have to take it lying down. In today’s issue of The Daily Reckoning, readers were given several opportunities to discover specific ways they can live happier, healthier and wealthier lives than ever before. If you didn’t read it, you didn’t get the full story. Make sure that doesn’t happen again. Sign up for the FREE Daily Reckoning email edition, right here.

This articl originally appeared at The Free Foundation