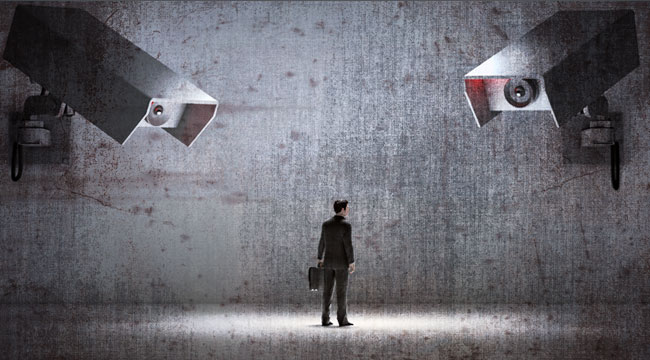 In times of war and national emergency, it’s sometimes necessary to sacrifice civil liberties to secure vital gains in public safety. In those cases, we may have to accept a loss of privacy or freedom rather than invite mass slaughter of Americans.

The National Security Agency’s domestic phone records collection is not one of those.

Never have so many Americans been brought under surveillance for such a meager payoff, actual or potential. Creating risks to privacy to save lives is one thing. Creating them to accomplish little or nothing is another.

That’s why the controversy over President Barack Obama’s proposed revision of this program, known as the Section 215 program, is largely political theater. The important question is not how to adjust it to “balance” security and privacy. It’s whether the government should be doing this at all.

The administration has strained to give the impression that the program is essential to saving lives. NSA Director Keith Alexander said its surveillance programs have helped “prevent over 50 potential terrorist events.”

That is true, just as it’s true that, between us, Tom Brady and I have three Super Bowl rings. The NSA has unearthed a lot of valuable information that has foiled numerous attacks — just not through this program.

What is overlooked in the debate is that the administration has more or less admitted this point. U.S. District Judge Richard Leon, in a ruling two months ago against the NSA, noted that “the government does not cite a single instance in which analysis of the NSA’s bulk metadata collection actually stopped an imminent attack, or otherwise aided the government in achieving any objective that was time-sensitive in nature.” In seven years, not a single instance.

When Obama appointed a task force to assess these surveillance efforts, the members questioned NSA officials on that very matter. They learned, as they said in their report, that “there has been no instance in which NSA could say with confidence that the outcome would have been different without the section 215 telephony meta-data program.”

Contrast this assessment with the task force’s view of another mass surveillance program — which lets the NSA obtain not just records of calls, but the actual content of communications of foreigners outside of the U.S. This program, said the panel, “has clearly served an important function in helping the United States to uncover and prevent terrorist attacks both in the United States and around the world.”

A new study by the New America Foundation, a centrist Washington think tank, notes that during a Senate Judiciary Committee hearing in October, Alexander said only one plot was prevented by the phone records collection — involving a San Diego cabdriver who provided funds to an al-Qaida group in Somalia.

This “plot” didn’t amount to much. “The total amount going to a foreign terrorist organization was around $8,500 and the case involved no attack plot anywhere in the world,” notes NAF.

Federal judge William Pauley III, however, sees enormous value in the NSA’s incessant vacuuming of our phone records. Had this operation been going on before Sept. 11, 2001, he said in a December opinion, the NSA might have known that hijacker Khalid al-Mihdhar was in the country and been able to notify the FBI of his whereabouts. Obama used the same example in his speech Friday.

The president is being accused of running up the white flag to al-Qaida for deciding to shift storage of these records to some non-government entity, while forcing NSA to get court approval before it conducts queries of specific phone numbers.

But transferring the records is a very modest step to prevent government abuse. Nor is requiring the FISA court to approve all queries — as Obama proposes, at least for the time being — a radical step. In fact, the FISA court imposed a similar requirement on NSA for several months in 2009 in response to the agency’s failure to follow the existing rules.

President George W. Bush, who started this program, had the excuse that it might prove to be valuable. Obama has a mass of evidence to the contrary. But that’s no reason to stop.

Steve Chapman
for The Daily Reckoning

Ed. Note: No matter how much the U.S. government makes a mockery of liberty, there are things you can do to protect your own personal freedom. Sign up for the FREE Laissez Faire Today email edition to learn specific ways to do just that. In addition to daily commentary from the world’s leading thinkers, you’ll also get specific chances to discover real, actionable investments that can help you live a happier, healthier and freer life than you ever thought possible. Sign up for FREE, right here, to get started.

In the aftermath of turbulent geopolitics, Wall Street can’t seem to make up its mind. After striking a Syrian airbase the Dow traded sideways, after the MOBA the market sold off over 130 points… And by next Monday, one failed North Korean nuclear test apparently eased geopolitical tensions enough for the Dow to bounce back 100 points. Today, Zach Scheidt shows you the best opportunity amidst a short-sighted Wall Street…

Steve Chapman is a columnist and editorial writer for the Chicago Tribune. His twice-a-week column on national and international affairs, distributed by Creators Syndicate, appears in some 50 papers across the country. He came to the Tribune from The New Republic magazine, where he was an associate editor. He has contributed articles to several national magazines, including Slate, The American Spectator, The Weekly Standard, Reason, and National Review.