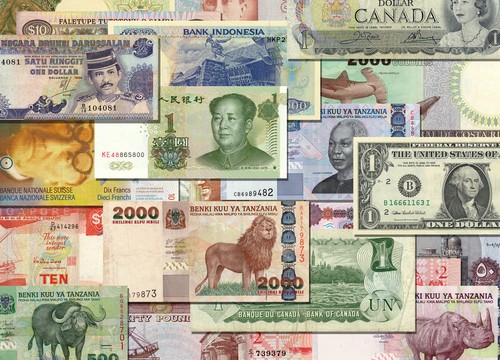 Stocks are still climbing. The Dow was up over 14,500 last we checked, buoyed, say the papers, by some encouraging jobs numbers. Here’s The Financial Times, abusing its readers with the details:

Weekly jobless claims fell more than expected to 332,000, while the four-week moving average dropped to the lowest level since 2008, indicating continued improvement in the labour market.

Gold, meanwhile, is lurking dangerously close to a two-year low. Hmmm… What to make of it all?

We don’t know any more than you do, Fellow Reckoner. If we had to guess, we’d abstain. And if pressed, we’d double down on that position. Perhaps that sounds lazy. Maybe it is. But that’s not, in and of itself, a bad thing. There are times when a lot of inaction is better than even a little over-action. Now might be one of those times…

Besides, the Feds take most of the fun out of the guessing game anyway. Those jobs numbers stink to high heaven. Here are figures that couldn’t lie straight in bed…cooked up by politicians that can’t spell the word “save” without the letters S, P, E, N and D (in caps, no less!). Invest four minutes analyzing their figures and you’ll quickly find you’ve wasted five.

Of course, the propensity to stretch the truth is not unique to US politicians. All over the world, in countries near and far, people posing as statesmen are fudging the data, massaging the message and generally picking their neighbors’ pockets. Here in South America the story is no different. Back across the Rio de la Plata, the Argentine government is doing what it does best, which is to say, it’s destroying its currency. Poor folks trying to save are forced to invent all manner of creative workarounds to escape the state’s tragic narrative. One measure is to bank outside the country, usually somewhere here in Uruguay.

Montevideo, Uruguay’s capital city, is a dump. There are some pretty, old buildings, sure…a few nice parks…a plaza or two. But overall, the place boasts a palpable paucity of attractive features. When the gods were handing out redeemable characteristics, Montevideo’s representative must have been taking a lunch break. But it does have a couple of things going for it (at least for now): a relatively safe and secure banking system and a currency that’s not yet singed around the edges. As such, wealthy porteños have been banking here for decades.

One might, if one were so inclined, hold a portion of his wealth at a bank here in Montevideo. It’s still relatively easy to open an account and, although the process is not quite “sin preguntas,” it’s much simpler than in Buenos Aires. A document proving income and a passport gets you most of the way through. Having opened an account, our hypothetical individual might choose to hold his savings here in US dollars (a relative bastion of security for those forced to use pesos). Then, once a month or so, this individual might journey to Uruguay to make a withdrawal. Returning home with a few dollars in his pocket, he might then choose to exchange them on the “blue market” at a far more favorable rate than what the government there claims as “official.”

The brecha, or spread, between the government’s 5-to-1 rate and the blue market’s near-8-to-1 is not insignificant. Those who can deal in dollars, therefore, do. Gresham’s Law: “When a government compulsorily overvalues one type of money and undervalues another, the undervalued money will leave the country or disappear from circulation into hoards, while the overvalued money will flood into circulation.” (Wikipedia)

The phenomenon can also be seen with regards to that fringy cyber currency, bitcoin. A single coin goes for a little under $50. At the official rate, that’s about 250 Argentine pesos, give or take a few notes. But the market demands 400 pesos per coin. Contrary to the government’s assertion, markets — which is to say people — know their daily needs and wants better than any policy maker ever could.