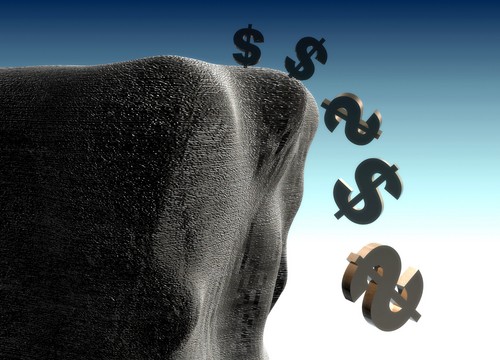 What’s going on, Fellow Reckoner? What’s happening…now that we’re through the looking glass? Stocks dawdle. Gold drags its chain. And the whole economy — to the extent that such a thing even exists — marches headlong off a cliff. That’s what we’re told. Welcome to post-election 2012…where nothing is quite as it seems.

Here’s Bloomberg News, describing “how a game of fiscal chicken could turn into a cliff dive.”

“The subtext of the fiscal cliff battle between Democrats and Republicans is a dispute between going fast and going slow.

“Democrats want to capitalize on the political momentum from President Barack Obama’s Nov. 6 re-election and reach an agreement that moves policy in their direction with higher taxes on top earners. Republicans want to avert the $607 billion cliff while extending the current lower tax rates, yet they have a good reason for waiting to endorse a deal. Every day puts the 2012 election farther away and brings the country closer to reaching the $16.4 trillion debt limit, an action-forcing event that can give Republicans a political edge.”

We’re all seeing and hearing a lot about the impending “fiscal cliff moment,” when a combination of tax break expirations and government spending cuts will combine to knock the US economy back into recession…or worse. Where will the cuts come from? Social programs and…gulp!…the nation’s euphemistically named “defence” budget.

Of course, the country could do without these cancerous growths anyway. They feed on the labors of the productive class at home and foment distrust and hatred for the US in countries around the world. “Deep cuts,” they say? Ha! What’s really needed is something closer to a bilateral amputation.

In any case, the papers assure us the lawmakers in the nation’s Capitol are hard at work, hammering out deals of vital national importance, racing against the clock like a foaming warren of Ritalin-fed White Rabbits.

For how long can this go on? Just how much track is left before we’re over the “fiscal cliff”?

In truth, the government does have a debt limit…but it’s not the self-imposed “ceiling” that inspires in politicking Washington stiffs no ends of affected indignation. According to the Congressional Research Service, the debt ceiling has been raised 74 times since March of 1962. And it will, after much posturing and hawing and hemming, no doubt, be raised once again.

The entire discussion of whether or not to extend the limit of one’s own credit card is, in and of itself, absurd. A distraction at best. “Gee…will we vote to allow ourselves to spend more…or not?”

There is only one vote that really counts in the debt ceiling debate: the vote of foreign creditors. The debt will ultimately come due, in other words, when the kindness of strangers expires.

“The only thing we know for certain about our looming fate,” observed Eric Fry in this space during the furor of the Obamney-Robama distraction, “is that we cannot afford it.”

Americans can’t count on their own politicians to do the right thing. That’s certainly true. But in the end, they won’t have to. Eventually, their government’s hand will be forced, the blue pills will suddenly wear off…and what is, won’t be any longer.