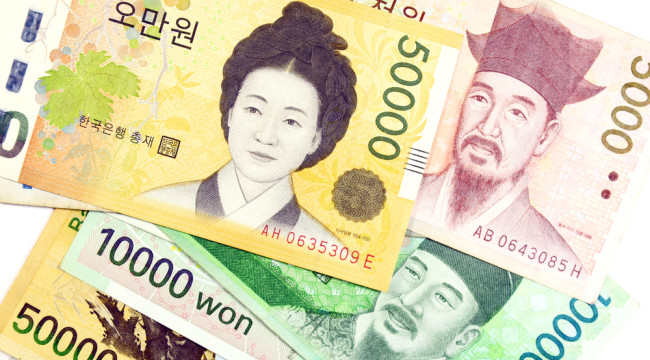 Korea Is Collateral Damage in the Currency Wars

All wars have major powers, minor powers, and peripheral players affected by the actions of the larger powers. Currency wars are no different.

In the ongoing currency war that began in 2010, the major powers are the U.S., China, Japan, and the eurozone. The progress of the currency war can be tracked by looking at cross-rates among the currencies issued by those players.

Now, in late 2015, we’re back to the weak yuan again. And so it goes. Currency wars have no logical conclusion until there is either systemic reform or systemic collapse. Right now, no serious effort at reform is underway. Systemic collapse remains a possibility.

Along with these major powers comes a long list of minor powers that also participate in the currency wars. These include developed countries such as the U.K., Switzerland, Australia, and Canada that get caught in the crossfire and have to adjust their foreign exchange and interest rate policies in order not to be disadvantaged by what the big players are doing.

The best approach for Switzerland would be to print francs and buy gold until they hit a target level for the franc. That way they could cheapen the currency and keep the gold. Don’t expect them to do that.

They spent the last 10 years selling thousands of tons of gold to suppress the price. If Switzerland turned around and bought back the gold, the central bank would be ridiculed. Still, it is the most sensible path given their circumstances.

Australia and Canada have been busy slashing rates and cheapening the Australian dollar and the Canadian dollar, (affectionately known as the “Loonie”) to record low levels. This will do nothing to help stimulate their economies, but it will produce inflation. This is already beginning to show up in asset bubbles in real estate. Consumer price inflation due to the higher cost of imports will not be far behind.

This brings us to the peripheral players, the emerging markets and small developed economies. This group includes important economies such as Korea, Indonesia, Malaysia, Turkey, South Africa and others. These countries are important for what they produce, but they are not particularly large by the standards of China, the U.S. and Japan.

Their currencies are not widely used in trade and are not considered reserve currencies by the IMF. They have independent central banks and can pursue their own interest rate and foreign exchange policies. But their tendency is to be reactive to what’s going on in the U.S. and China. These countries are the collateral damage – the road kill – in the currency wars.

Korea is a case in point. Economically, it is a success story. It is one of only nine countries in the world (out of 167 tracked by the IMF), and only two in Asia (the other being Taiwan) that have escaped the “middle-income trap” and made it to developed economy status.

It has done this with a high savings rate, good education system, and a focus on high-value added exports in microchips, telecommunications equipment, shipbuilding, automobiles, and optics. That’s the good news. 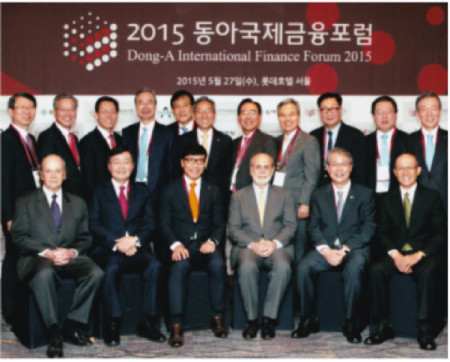 The bad news is that Korea competes head-to-head with Japan, Taiwan, and China in many export markets. About 30% of Korean exports go to China and another 15% go to Japan, Singapore or Hong Kong. A strong currency has been hurting Korea in export markets.

When foreign buyers look at possible exports from Korea, Taiwan or Japan, the strong Korean won makes their goods less attractive. Japanese cars look cheaper than Korean cars to a buyer in Australia, so Japan gets the sale and Korea does not. Likewise, Chinese buyers paying in yuan will think twice about buying from Korea when the strong won makes the price that much higher to the Chinese consumer.

This strong currency problem applies not just to tangible exports but also to services and tourism. Recent growth in China has seen a boom in Chinese middle-class tourists eager to see the world. Despite Korea’s geographic and cultural affinities to China, tourists are avoiding Korea in favor of destinations such as the Philippines and Vietnam because Korea’s strong currency makes it too expense relative to alternatives.

I heard these complaints loud and clear when I was in Korea in May of this year with Ben Bernanke. We were both speakers at a conference on currency wars sponsored by the leading financial publisher in Korea, Dong-A.

Among those present at the conference were officials of the Korean central bank, the Seoul Stock Exchange, securities regulators and officials from the Ministry of Finance. They were all seeking advice on what to do about the strong won.

What I learned in Korea is the kind of first-hand information that is so valuable to our analysis. We start with a good model of the dynamic forces at play in the currency wars, and then continually update the output of the model based on new information. There is no better way to get valuable insights than to meet in person with the policymakers actually in charge. That was the opportunity I had in Korea.

While Bernanke and I were on the ground there, Korea suffered another setback. It was reported that a patient with highly fatal Middle East Respiratory Syndrome, MERS, had been misdiagnosed and had infected many hospital staff before the mistake was spotted.

The infection soon spread and fatalities rose sharply over the course of June and July. Tourism from China was already on the skids, but the MERS outbreak was enough to bring the Chinese tourist trade almost to a complete halt.

Korea did take steps to cheapen the won in the weeks after Bernanke and I departed. But that tentative progress was completely reversed when China reentered the currency wars and broke the peg of the Chinese yuan to the U.S. dollar by 6% over the course of three days, from Aug. 11-13. Now Korean exports to China are reeling again. Korea will suffer even more if the U.S. goes to a cheap dollar policy as I expect in 2016.

Eventually, Korea will find its way, but for now their markets are still adjusting and have a considerable way to fall.

Jim Rickards’ open letter to President Trump on the threat of new world money, known as special drawing rights. Here’s the full draft to the President…