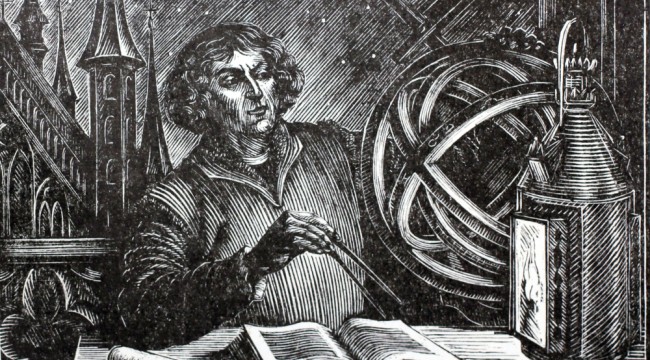 Keynes and Copernicus: The Debasement of Money Overthrows the Social Order

The United States Senate moves toward the confirmation of Janet Yellen, now posited for next January 6th, as chair of the Federal Reserve System. Let us in this moment of recess reflect on eerily similar observations by two of history’s most transformational figures: John Maynard Keynes and Nicolas Copernicus.

One of Keynes’s most often-cited observations, from his 1919 The Economic Consequences of the Peace, chapter VI, contains an indictment of policies very like those which the Federal Reserve System has been implementing for the past dozen, and more, years. These policies in slow motion are, in the opinion of this columnist, at the root of the very political, social, and cultural dysphoria — uneasiness or generalized dissatisfaction — predicted by Keynes:

Lenin is said to have declared that the best way to destroy the capitalist system was to debauch the currency. By a continuing process of inflation, governments can confiscate, secretly and unobserved, an important part of the wealth of their citizens. By this method they not only confiscate, but they confiscate arbitrarily; and, while the process impoverishes many, it actually enriches some. The sight of this arbitrary rearrangement of riches strikes not only at security, but at confidence in the equity of the existing distribution of wealth. Those to whom the system brings windfalls, beyond their deserts and even beyond their expectations or desires, become ‘profiteers,’ who are the object of the hatred of the bourgeoisie, whom the inflationism has impoverished, not less than of the proletariat. As the inflation proceeds and the real value of the currency fluctuates wildly from month to month, all permanent relations between debtors and creditors, which form the ultimate foundation of capitalism, become so utterly disordered as to be almost meaningless; and the process of wealth-getting degenerates into a gamble and a lottery.

Lenin was certainly right. There is no subtler, no surer means of overturning the existing basis of society than to debauch the currency. The process engages all the hidden forces of economic law on the side of destruction, and does it in a manner which not one man in a million is able to diagnose.

An almost identical point was made almost four centuries before Keynes by iconic savant and polymath Nicolas Copernicus.

Copernicus commenced a study composed for the Prussian and Polish governments around 1525, On the Minting of Money, with these words:

ALTHOUGH THERE ARE COUNTLESS MALADIES that are forever causing the decline of kingdoms, princedoms, and republics, the following four (in my judgment) are the most serious: civil discord, a high death rate, sterility of the soil, and the debasement of coinage. The first three are so obvious that everybody recognizes the damage they cause; but the fourth one, which has to do with money, is noticed by only a few very thoughtful people, since it does not operate all at once and at a single blow, but gradually overthrows governments, and in a hidden, insidious way.

This does not imply plagiarism by Keynes. The coincidence between Keynes’s “[To debauch the currency] engages all the hidden forces of economic law on the side of destruction, and does it in a manner which not one man in a million is able to diagnose” and Copernicus’s “[The debasement of coinage] … is noticed by only a few very thoughtful people, since it does not operate all at once and at a single blow, but gradually overthrows governments, and in a hidden, insidious way” is, however, striking.

Keynes, like Copernicus a paradigm-shifter, was himself extraordinarily erudite. It is not impossible the young Keynes came across Copernicus’s work (which reportedly was first actually published in 1826). The question as to whether Copernicus’s Essay may have inspired Keynes’s observation must be left to authentic scholars such as Lord Skidelsky.

The similarity may be merely that of “great minds working alike.” This columnist has found but one direct reference by Keynes to Copernicus.

Keynes (whose thinking was mostly, although not exclusively, opposed to the gold standard) was fascinated by one of Copernicus’s most accomplished scientific successors, Sir Isaac Newton. Newton, also, achieved iconic status, both for his contributions to physics and, as Master of the Mint of Great Britain, as the architect of the modern classical gold standard. Newton’s gold standard was designed along Copernican principles of close correlation toward nominal and intrinsic value. It served the world very well for almost 200 years.

Keynes was to have addressed the Royal Society of London’s gathering to celebrate the tercentenary of Newton’s birth, an event delayed by the war. Keynes died a few months before he could present his remarks. Maynard’s remarks, Newton, the Man, were presented by his brother Geoffrey (and thus might even be characterized as Keynes’s last words). A brief excerpt:

Why do I call [Newton] a magician? Because he looked on the whole universe and all that is in it as a riddle, as a secret which could be read by applying pure thought to certain evidence, certain mystic clues which God had laid about the world to allow a sort of philosopher’s treasure hunt to the esoteric brotherhood.

[H]e became one of the greatest and most efficient of our civil servants. He was a very successful investor of funds, surmounting the crisis of the South Sea Bubble, and died a rich man. He possessed in exceptional degree almost every kind of intellectual aptitude – lawyer, historian, theologian, not less than mathematician, physicist, astronomer.

As one broods over these queer collections [of Newton’s alchemical writings, which Keynes collected], it seems easier to understand – with an understanding which is not, I hope, distorted in the other direction – this strange spirit, who was tempted by the Devil to believe at the time when within these walls he was solving so much, that he could reach all the secrets of God and Nature by the pure power of mind Copernicus and Faustus in one.

As for Copernicus, On the Minting of Money has been translated into English several times yet those translations remained difficult to obtain for students of the monetary arts and sciences. It has remained mostly the property of elite historians. Scant and intriguing references were limited to all-too-brief articles such as “Treatise On the Minting of Coin and Copernicus views on economics” by Leszek Zygner of Nicolaus Copernicus University.

The full text of Copernicus’s fascinating and invaluable essay remained elusive, that is, until last month.

Laissez Faire Books published a meticulous and fresh English translation from the Latin, with prefatory remarks, bibliography, and invaluable critical apparatus by classicist Prof. Gerald Malsbary. (The volume was co-edited by this columnist and by his fellow Forbes.com columnist Charles Kadlec, with a foreword by Reagan Gold Commissioner Lewis E. Lehrman, whose eponymous Institute this columnist professionally serves).

From Prof. Malsbary’s Prefatory Remarks to Copernicus’s Essay on Money:

NICOLAS COPERNICUS the astronomer embodies the modern scientific ideal: the revolutionary revealer of a new, verifiable scientific theory that shocks our conventional perceptions. However, it is not very widely known, outside of Eastern Europe at least, that Copernicus also spent about twenty years working on economic theory. His treatise On the Minting of Money (Monetae Cudendae Ratio), was first printed in 1826, three hundred years after its composition in 1525–1526. At the time, the semi-autonomous ecclesiastical region between Poland and Prussia where he lived (Varmia) was undergoing a political and economic metamorphosis, and his judgment and expertise (a fruit of the best late Scholastic and Humanist learning) was summoned by the Prussian and Polish governments to help stabilize an inflated currency. Was his insight into monetary matters as revolutionary as his astronomy?

Keynes: “The process [of debauching the currency] engages all the hidden forces of economic law on the side of destruction, and does it in a manner which not one man in a million is able to diagnose.” Copernicus: “[The debasement of coinage] … is noticed by only a few very thoughtful people, since it does not operate all at once and at a single blow, but gradually overthrows governments, and in a hidden, insidious way.”

Malsbary: “Was [Copernicus’s] insight into monetary matters as revolutionary as his astronomy?” In a word, yes.

Madame Yellen? Whether one follows Keynes or Copernicus … it is time to return to the principle of meticulous monetary integrity — as exemplified by the classical gold standard — to restore legitimacy both to to the social order and to government.

Note: This originally appeared in Forbes.

Ed. Note:When the party starts winding down, you don’t want to be one of the stragglers left behind. Best to leave early, on a high note, while everyone else gets trashed. Sign up for The Daily Reckoning email edition, for FREE, right here, and start getting the whole story.