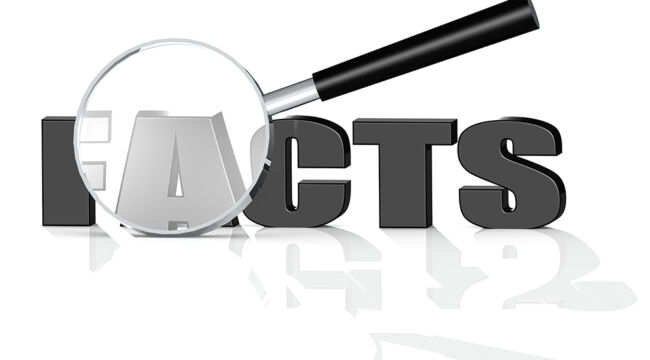 I’ve been warning about a central bank digital currency (CBDC) for a long time — or as I like to call it, “Biden Bucks.”

That’s because Biden fast-tracked its development. He’s been responsible for implementing CBDCs at a very quick tempo in the U.S.

They could actually end up as his most enduring legacy, believe it or not.

“Respectable” economists and financial commentators derided me as a conspiracy theorist and kook for talking about it..

Well, it looks like I was right after all. A U.S. central bank digital currency is not a plan anymore — it’s here. It’s now gone from what I would call the research phase to an implementation phase.

Global banking giants are starting a 12-week digital dollar pilot with the Federal Reserve Bank of New York, the participants announced on Tuesday.

Citigroup Inc., HSBC Holdings Plc, Mastercard Inc. and Wells Fargo & Co. are among the financial companies participating in the experiment alongside the New York Fed’s Innovation Center, they said in a statement. The project, which is called the Regulated Liability Network, will be conducted in a test environment and use simulated data, the New York Fed said. The pilot will test how banks using digital dollar tokens in a common database can help speed up payments.

This might be just a pilot program, but you can bet that the real McCoy will be here before you know it. They just have to work out the kinks and whatever plumbing issues they run into before rolling out the finished version.

It’s just a matter of time.

Here’s what you need to know, in a nutshell: The U.S. dollar will be replaced by a new currency, the digital dollar, with the full backing of the Federal Reserve.

Assume you buy gasoline at your local gas station (hopefully not diesel — have you seen diesel prices recently?).

You pay with a credit card, which begins a payment process involving maybe five separate parties.

These include the merchant from whom you bought the gas, the credit card company, the bank and an intermediary called a merchant acquirer (no need to explain what a merchant acquirer does for today’s purposes, but just realize that it’s part of the payment system).

Ultimately the bank that issues your credit card sends you a bill, which you pay. You also pay a fee, maybe 3%, all to buy the gas.

But with a central bank digital currency, you could simply pay for the gas with an account you have at the Fed.

You would get rid of all the middlemen. You could bypass the merchant acquirer, the banks and the credit card company. A digital dollar would also eliminate many of the fees we currently face.

So yes, the payment system will be faster, cheaper, easier, more streamlined and more secure. What’s not to like as far as you’re concerned?

And that’s exactly how they’ll sell the new digital dollar system to the public. Here’s what they won’t tell you, as I’ve argued over and over again…

The digital dollar — again, what I call Biden Bucks — would basically end privacy as we know it.

Every purchase you make would be tracked by the government, including purchases they don’t like.

Biden Bucks would create new ways for the government to control how much you could buy of an item, or even restrict purchases altogether.

What if you’re in a bookstore and buy a book written by Donald Trump or a book by some author who supports Trump, Ron DeSantis, Rand Paul or any of Biden’s political enemies?

With the digital dollar they can tag you and potentially label you a domestic terrorist or some such. And what if you make a political contribution to a candidate the administration doesn’t like?

Well, now you could really be in trouble. You bought a pro-Trump book. You gave money to a pro-Trump political candidate. You’re on a list. And they know this because of the payment system.

And if you buy a gun? Now you’re a real threat.

Who Needs FBI Agents When They’ve Got Biden Bucks?

That’s the point of it all. Obviously, they can have an FBI agent follow you around and see what you bought at the book counter or at the gun show, but they don’t have enough FBI agents for that. But if they’re using central bank digital currencies in an account that identifies you, then they can pigeonhole you.

Remember these 87,000 IRS agents they want to hire? Well, maybe your name will pop up on one of their lists, just by chance of course, and they’ll audit you. We’ve already seen how the IRS can be used to target political opponents. Does the name Lois Lerner ring a bell?

Imagine that type of abuse on a massive scale, all because the government can use Biden Bucks to track your every purchase. But before they can truly implement Biden Bucks the way they want, they need to eliminate cash.

Getting Rid of the Competition

If you didn’t like the central bank digital currency system for privacy reasons, you might say, “Wait, I feel like I’m under surveillance here. This is intrusive. I just don’t trust this thing. Where’s my alternative?”

Let’s go back to your theoretical purchase of gasoline at the local station. Particularly if they eliminate the traditional credit card payment system, you might buy your gas with cash. But if you’re the government and you want the central bank digital currency to succeed, you have to eliminate cash because it’s your competition.

The government hates cash because it’s not traceable. If you buy the gas with cash, they can’t track you. They can’t put you under surveillance with cash.

Yes, I realize that sounds like a conspiracy theory to some. That’s fine. But more and more these days, conspiracy theories have a funny way of becoming fact a short time later.