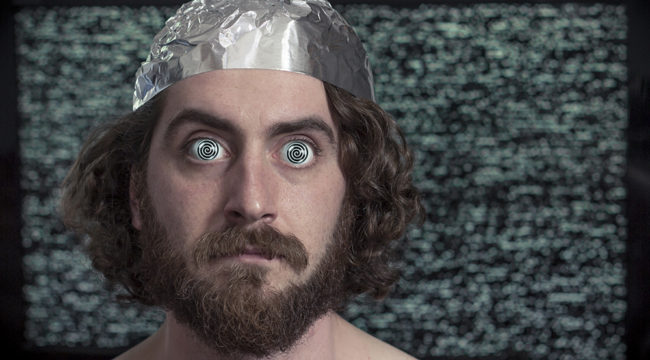 Deranged Lunatics Have Taken Over the World

Is the Fed out of ammunition?

That’s the legitimate fear when the next crisis rolls in.

Basically, the answer is a resounding yes.

There’s no magic bullet in the Fed’s six-shooter that will fix their ineptitude when the next meltdown arrives.

The problem is that Yellen and Co. don’t believe that analysis. Neither do the inept academics running the other major central banks. They’re all too “smart.”

You see, they’re already planning the next great monetary experiment for the next rescue. And it just may blow the global economy to smithereens.

To get a sense of how unhinged and reckless central banking has become, consider what the Bank of Japan (BoJ) has launched …

It didn’t work. So while keeping ZIRP in place, they continued Dr. Frankensteining the Japanese economy…

How? The BOJ “invented” quantitative easing (QE) programs in 2001, through purchases of government bonds, asset-backed securities and commercial paper.

That sad-sack effort came to an end in March 2006, as deflation and stagnant growth remained a nightmare for average Japanese investors and savers.

Normal people learn lessons from abject failure, but central bankers are an arrogant, incestuous breed. They kept plowing ahead, certain of their rectitude, in the face of their own incompetence.

So yet another BoJ QE program was implemented in October 2010, and that morphed into an even more aggressive QE in April 2013. Those all bombed.

More failure, of course, led to more experiments. So the BoJ went all in…

In April 2014, it launched the single largest QE program in history, with a program to buy roughly $730 billion in government bonds each year.

That failed spectacularly too. So did the adoption of negative interest rates in January 2016 — perhaps its most perverse move of all.

All the while, the Bank of Japan has been buying $70bn of bonds each month, essentially monetizing Japan’s entire budget deficit. It now owns 33% of Japan’s $9.3 trillion public debt.

And now, since it’s running out of government bonds to buy, the BoJ has turned to buying stock ETFs and other equities in what will be a futile bid to defibrillate the Japanese economy.

“Already a top-five owner of 81 companies in Japan’s Nikkei 225 Stock Average, the BOJ is on course to become the No. 1 shareholder in 55 of those firms by the end of next year, according to estimates compiled by Bloomberg from the central bank’s exchange-traded fund holdings.

Where does this insanity end? When the BoJ buys up all stocks and bonds in Japan? It sounds certifiably crazy. But that’s the trajectory in which they’re headed.

And if you think this type of monetary madness will never happen with the Fed, you should take the straightjacket off and stop licking lollipops.

Since the start of the 2008-9 financial crisis, the Fed has followed the BoJ’s lead with their own zero interest rates and quantitative easing.

And numerous Fed members, including Chair Janet Yellen, have admitted that negative interest rates are on the table, ready for deployment.

But that’s just the beginning of “fun with your money”…

On Wednesday, I told you about the little-known mathematical formula tucked away in a footnote of Yellen’s recent Jackson Hole speech.

Many believe this “magic formula” is what the Fed will eventually use to automatically determine future interest rates. And, of course, Yellen cited the formula lovingly in the small print.

Here’s why that should scare the hell out of you…

If the Fed had been following this formula during the last meltdown, they would have dropped rates to -9%. That’s -9%!

Consider that negative rates of just -0.4% in Europe are destroying the big banks and causing the Swiss and Germans to make a run on safes to hoard their cash.

Just imagine what –9% rates will do. That’s the level of psychopathy we’re dealing with here.

The bottom line is that we have unconstrained and unelected central bankers fundamentally rewriting economics, finance and basic human liberty — with zero oversight.

These insane asset purchases can go on forever. They can drop rates way lower than anyone ever imagined possible. And nobody will stop them.

The real problem isn’t that central bankers are out of ammunition. The problem is they have the patient tied to the operating table, with zero anesthesia, using Civil War-era surgery techniques — knowing full well that the odds of the patient surviving suck. Never, ever, underestimate how crazy things will get.

Why do I worry about such projections? Just trade the trend, right? Ignore the fundamentals and ride the winners, right?

You bet. That’s the plan for investing.

But I also care about seeing the right thing done. Not everyone will be a trend following trader in time. Many good and hardworking people will be burned… never to recover.

Please send your comments to me at coveluncensored@agorafinancial.com. Let me know what you think of the Fed’s latest scheme.