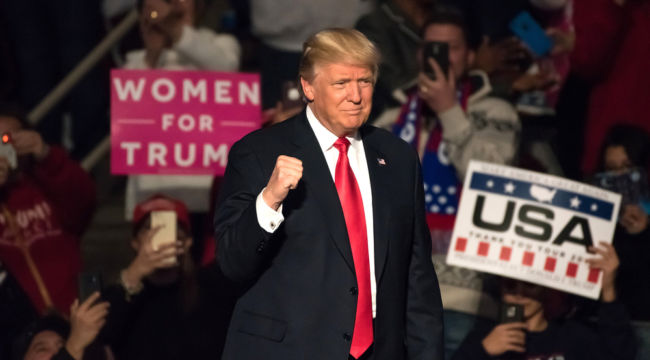 The trade war is taking a heavy toll on China. Chinese growth slowed to 6% in the third quarter, slower than expected and the slowest growth rate since 1992.

That 6% growth represents a sharp drop from the 6.8% growth China registered in the first quarter of 2018. China’s growth still exceeds developed economies by far, but it is notably weak relative to China’s past performance and relative to expectations.

China is the world’s second-largest economy (after the U.S.) and produces over 16% of global output. A 0.5% decline in Chinese output slows global growth by 0.08%, which is nontrivial considering that global growth is expected to be only 3% in 2019, according to the IMF.

About 45% of Chinese GDP is “investment” (compared with about 25% for a developed economy), but 50% of that investment is wasted on white elephant projects and ghost cities that will not earn returns. If that wasted investment were subtracted from GDP, China’s actual growth rate would be 5.8%.

Other adjustments for overlooked bad debts and “smoothing” of official figures would put China’s actual growth closer to 4% or even lower.

China’s economy is a house of cards and even government figures are beginning to show that’s true. The real figures are worse. China’s best case is a possible recession and its worst case is a full-blown financial panic.

China is losing the trade wars, losing the public relations wars and beginning to show cracks in the foundation. All are good reasons for investors to keep away.

The news might be bad for China. But it’s good for President Trump, despite the latest impeachment nothingburger.

The economy will be the deciding factor in next year’s election.

The 1992 Bill Clinton election campaign war room had a sign that said, “It’s the economy, stupid.”

That was intended as a constant reminder to campaign staff that they were to focus on U.S. economic performance almost exclusively in their efforts.

Clinton had come from nowhere to become the Democratic nominee and challenge George H. W. Bush, who was running for reelection. Bush’s approval ratings in 1991 were over 90% after he led the successful campaign to oust Saddam Hussein from Kuwait.

He looked unbeatable for reelection in 1992, which is one reason so few Democrats jumped into the race. Yet Bush had an Achilles heel, which was the economy.

The U.S. had a fairly mild recession from July 1990–March 1991. The recovery was weak and most Americans believed we were still in recession in 1992 even though the recession was technically over by then. Jobs are a lagging indicator and many workers who were laid off in 1991 still had not returned to work by 1992.

Clinton’s strategist, James Carville, understood that jobs were more important than foreign policy triumphs. He urged Clinton to run on the economy, and Clinton won.

In fact, presidents running for a second term almost always win reelection unless there is a recession late in the first term. That’s what cost Bush and Jimmy Carter their reelections.

Otherwise, it’s smooth sailing for second-term victories. The good news for Trump is that he fits the mold of presidents heading for reelection.

A new projection by Moody’s shows Trump winning as many as 351 electoral votes (only 270 electoral votes are needed to be president). Moody’s analysis is based on state-by-state economic conditions and historic voting patterns, not polls.

Trump should win all of the swing states (Pennsylvania, Ohio, Florida, Michigan, Wisconsin) and pick up new states won by Hillary Clinton in 2016 (Minnesota, New Hampshire, Virginia). It looks like a victory of historic proportions for Trump — as long as he avoids a recession.

Below, I show you how Trump’s tariff policies have simply resurrected an old American tradition that served the country well for nearly 200 years. Read on.