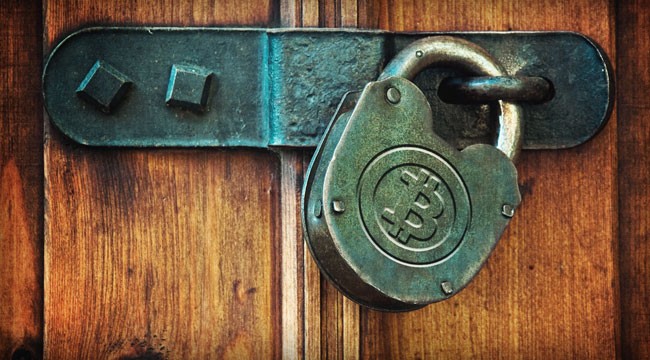 The Islamic State, Bitcoin and You

Recently I traveled to Tampa, Florida to meet with senior officers of the U.S. Special Operations Command (USSOCOM) in a secure location near their headquarters at MacDill Air Force Base. USSOCOM includes the Navy SEALS, DELTA Force, Green Berets, and other highly trained and specialized units operating under joint military command to carry out the most difficult combat and intelligence missions. They conduct these missions both alone, and in conjunction with CIA paramilitary units depending on the theatre of operations.

The particular unit of USSOCOM that sponsored our meeting was “J36,” the Transnational Threats Division. J36 is commanded by U.S. Army Lt. Col. Joshua J. Potter, and is assigned the task of detecting, disrupting and defeating threat networks that transcend geographic and regional boundaries. Such networks are both criminal and terrorist in nature, and may be involved in narco-terrorism and terrorist finance among other activities.

Our meeting was attended not only by USSOCOM operators but also by members of other combat commands including CENTCOM and AFRICOM, and other government agencies including the U.S. Treasury, CIA and the Federal Reserve. Our purpose was to consider ways to disrupt financial support for the Islamic State and other transnational actors.

In particular, the Islamic State and associated terrorist groups have the ability to use crypto-digital currencies such as Bitcoin to transfer funds from wealthy Saudi Wahhabi supporters to arms dealers and other suppliers of provisions and services. We had assembled financial and computer experts to work with the USSOCOM operators to disrupt the use of Bitcoin by terrorists.

The particular counter-threat techniques we discussed cannot be disclosed because it would give an advantage to enemies of the U.S. But the session was an excellent opportunity to consider just how far the crypto-currency community has come in a relatively brief period.

Our purpose was to consider ways to disrupt financial support for the Islamic State and other transnational actors.

So-called crypto-currencies such as Bitcoin have two main features in common. The first is that they are not issued or regulated by any central bank or single regulatory authority. They are created in accordance with certain computer algorithms and are issued and transferred through a distributed processing network using open source code. Any particular computer server hosting a crypto-currency ledger or register could be destroyed, but the existence of the currency would continue to reside on other servers all over the world and could quickly be replicated. It is impossible to destroy a crypto-currency by attacking any single node or group of nodes.

The second feature in common is encryption, which gives rise to the “crypto” part of the name. It is possible to observe transactions taking place in the so-called block chain, which is a master register of all currency units and transactions. But, the identity of the transacting parties is hidden behind what is believed to be an unbreakable code. Only the transacting parties have the keys needed to decode the information in the block chain in such a way as to obtain use and possession of the currency.

It’s worth pointing out that the U.S. dollar is also a digital crypto-currency for all intents and purposes. While we may keep a few paper dollars in our wallets from time to time, the vast majority of dollar denominated transactions, whether in currency or securities form, are conducted digitally. We pay bills online, pay for purchases via credit card, and receive direct deposits to our bank accounts all digitally. These transactions are all encrypted using the same coding techniques as Bitcoin. The difference is that ownership of our digital dollars is known to certain trusted counterparties such as our banks, brokers and credit card companies, whereas ownership of Bitcoin is known only to the user and is hidden behind the block chain code. Another difference is that dollars are issued by a central bank, the Federal Reserve, while Bitcoin is issued privately.

The future of Bitcoin and other crypto-currencies is uncertain. One problem is that the value of a Bitcoin is not constant in terms of U.S. dollars. In fact, that value has been quite volatile, fluctuating between $100 and $1100 over the past two years.

This gives rise to tax problems. For example, if you acquire a Bitcoin for $200 and later exchange it for $1000 of good or serveries, you have an $800 gain on the purchase and sale of the Bitcoin itself. From the perspective of the IRS, this gain is no different than if you had purchased a share of stock for $200 and later sold it for $1000. You have to report the $800 as a capital gain.

It seems unlikely that most Bitcoin users are reporting these gains. Those who do not may be involved in tax evasion. The IRS has broad powers to investigate evasion, and may require counterparties to reveal information, including computer keys, which can lead to discovery of the transacting parties. Given the fact that the IRS has engaged in selective enforcement against Tea Party activists and other political opponents in recent years, this is a serious potential problem for libertarian users of Bitcoin.

Another problem is that Bitcoin and the other crypto-currencies have not survived a complete business and credit cycle yet. Bitcoin, the first crypto-currency, was invented in 2009. The global economy has been in a weak expansion since then, but has not experienced a financial panic or technical recession. Investors have some experience with how stocks, bonds, gold and other asset classes might perform in a downturn, but we have no experience with Bitcoin. Will liquidity dry up and prices plunge? Or will investors consider it a safe harbor, which will lead to price increases? We don’t know the answer.

In the end, it may be the case that Bitcoin will fade as a currency, but survive as a technology. The encrypted block chain technology is useful for a variety of asset transfers beside currency. It can be used to transfer title to land, securities, and other assets in secure, inexpensive ways. It is this technology potential, more than the currency itself that has attracted the interest of investors such as the Winklevoss twins and Marc Andreesen. While start-up companies in Bitcoin may be highly speculative for the time being, there may be attractive investment opportunities in this arena in the years ahead.

My day with the operators, as the Special Forces are called, was a fascinating blend of technologists, commandos, and economists working together to counter a threat to U.S. national security from the use by terrorists of crypto-currencies to finance terror. I have participated in such collaborations before and it’s always heartening to encounter the brilliance of our military leaders and elite forces. Many of the colonels and generals whom I meet have graduate degrees in demanding technical fields, speak multiple languages, and have deployed in diverse civilizations and cultures on every continent. The U.S. has the finest military in the world capable of defeating any threat including new threats arising from the blend of technology and finance.

In addition to being a threat, Bitcoin and its crypto cousins also represent an opportunity. It is still too early for investors to hold Bitcoin in their portfolios due to excessive volatility and unresolved tax issues. But the time may come, sooner than later, when some Bitcoin technology companies might warrant investor interest based on their possible role in the future of payments and in other forms of wealth transfer. Companies such as Western Union and PayPal dominate the private payments systems space today. They may have company from crypto-currency start-ups soon.