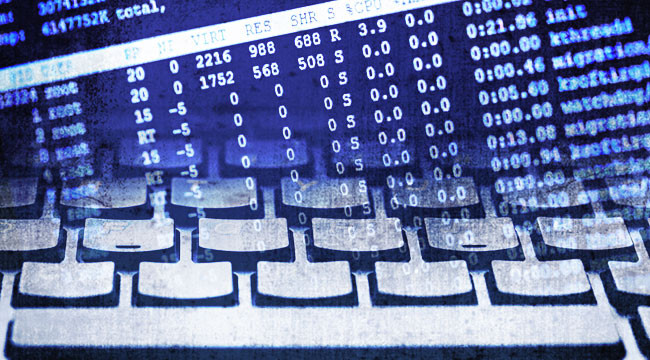 Is Bitcoin Real or Not?

A frightening story this week in The New Yorker tells of a Texas couple that headed toward the Texas-Louisiana border to buy a used car. They were carrying all their savings in cash. They were stopped by the police. The police found cash and a tiny pipe, and arrested them both.

Then the police made a deal. They could go to jail and have their kids put in foster care or fork over all the cash they were carrying with them. Yes, it’s legal and ever more common under civil asset forfeiture law. In fact, this law has become a huge revenue source for government (the Justice Department collected $4.2 billion in 2012 through such seizures).

Now consider a different scenario. The couple was stopped and had no cash at all. Instead, they were carrying a different kind of currency that lives inside a smartphone. When they made it to their destination, they cashed out this currency and bought their used car.

It does raise the question: Is Bitcoin a possible defense against civil asset forfeiture?

Consider the case of Argentina, which right now has extreme capital controls, price controls, and serious inflation. It also happens to be the country with the highest rate of Bitcoin adoption of any country on the planet. Everything including rents and land prices is being quoted in Bitcoin. It is being bought in order to be held, and only later used for more purchases.

In other words, it is being used as money. This is new territory for regulators. Most all dollar transactions today are digital — just ledger entries, not physical. But people think of the dollar as physical because of its history and roots in real stuff.

Bitcoin, on the other hand, began as a protocol written in computer code. In some ways, it is no more or less a piece of math than the dollar is. But it is much harder to wrap your brain around whether and why it could function as money.

This poses a real problem for government regulators. The Bitcoin economy is growing and expanding by the day, with ever more of a commercial infrastructure. Government can ignore it and pretend it is not an emerging money. This path is one of denial. It states, without evidence, that only the government can make money, and all other attempts are invalid. This strategy is rather dangerous, because the growth of “crypto currency” appears all but unstoppable.

The other path is to admit it is money and is being used as money. At least this way the regulators and government can preserve their role as sovereign overseer. But this path too is dangerous, because admitting the monetary properties of Bitcoin offers a path of legal legitimacy that can end only in helping promote further adoption and use.

This was the problem that confronted the federal judge in the case of the well-known scam “Bitcoin Savings and Loan.” From 2011-12, Trendon Shavers took in hundreds of thousands of Bitcoin, promising a 7% return, but just ended up spending it. (It’s hard to believe that anyone really got taken in by this guy, whose pseudonym was “pirateat40.”

In any case, in his own defense, Shavers argued that Bitcoin was not really money. He was receiving code and nothing more, so he can’t really be regulated by the Securities and Exchange Commission or be subjected to taxes and other requirements. The federal judge disagreed, and in doing so, provided Bitcoin the most decisive statement yet on its moneyness.

“Bitcoin was designed to reduce transaction costs, and allows users to work together to validate transactions by creating a public record of the chain of custody of each Bitcoin. Bitcoin can be used to purchase items online, and some retail establishments have begun accepting Bitcoin in exchange for gift cards or other purchases. The value of Bitcoin is volatile and ranges from less than $2 per Bitcoin to more than $260 per Bitcoin….

“It is clear that Bitcoin can be used as money. It can be used to purchase goods or services, and as Shavers stated, used to pay for individual living expenses. The only limitation of Bitcoin is that it is limited to those places that accept it as currency. However, it can also be exchanged for conventional currencies, such as the U.S. dollar, euro, yen, and yuan. Therefore, Bitcoin is a currency or form of money, and investors wishing to invest in BTCST provided an investment of money.”

So there you have it, a federal judge clearly stating what is a rather obvious reality, but not one anyone could have foreseen in years past. Because it has ideal properties we associate with money, it has taken on value as money through gradual adoption from 2009 to the present.

In one amusing part of his statement, the judge writes: “Bitcoin is an electronic form of currency unbacked by any real asset and without specie, such as coin or precious metal.”

I wonder if he knows that this statement could be applied word for word to the dollar itself.

Every time I speak to people about this issue of crypto currency, people say that government is certainly going to destroy it through high regulations, taxations, and the like. But let’s make some distinctions here. Certainly government can regulate exchange between government currencies and Bitcoin. It already does that, and that regulation can only intensify. It can also regulate income in Bitcoin the same as with other currency. This is not some tax-free nirvana in the making. The government can also oversee contractual regulations and securities activities in Bitcoin.

However, Bitcoin itself is a peer-to-peer system of cryptographically guarded exchange, and it lives on a distributed server model. It is not a company. It is not a stock. It is not a product. It is a ledger that no one in particular runs or owns. In this sense, it is not possible for Bitcoin as such to be destroyed any more than government can destroy algebra.

It is for this reason that many people in the Bitcoin world are more welcoming of government regulation that you might expect. These people are very confident that statements such as that of the federal judge above, as well as intensifying regulations over exchanges and the like, are actually bullish signs that help legitimize this money and payment system. Fundamentally, at its very root, the currency unit itself is invulnerable. So the hope for government involvement is really expression of confidence in the underlying code.

Meanwhile, the academic monetary economists can continue to debate this thing called Bitcoin. The market has already decided, and the black-robed judges can only defer to the new reality that crypto currency is a growing part of economic life in the digital age.