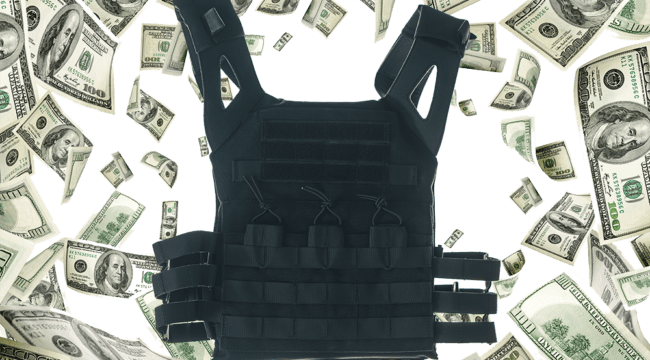 Investors are ignoring the worst economic and earnings data since 2008. They’ve piled into risky assets in the hope that conditions will soon be back to normal.

But as much as we all hope for restoration to pre-coronavirus economic conditions, there are many reasons why the environment for stocks won’t be back to normal for much of 2020.

The first reason is that corporate balance sheets were weak going into the coronavirus crash. Large corporations have taken full advantage of the Fed’s emergency actions in March to issue a tidal wave of new corporate bonds in April and May. This raised liquidity and staved off bankruptcy for many companies.

Most companies won’t be using the money they raised from corporate bond sales to expand facilities or hiring. Rather, they’re hunkering down for a long downturn by raising liquidity on favorable terms.

Corporate cash balances may be higher, but so are corporate debt balances. Companies that take such corporate financing actions tend to remain defensive for years afterward as they shift to balance-sheet-repair mode.

A second reason why conditions for risky assets won’t be back to normal for much of 2020 is that a cycle of corporate defaults has begun. Household names like J.C. Penney and Hertz have already defaulted. But more defaults are on the way.

With so many insolvent companies in the oil, retail, restaurant, hospitality, airline and (eventually) high-rise office building sectors, the corporate default rate will remain very high in the months ahead.

This environment warrants lower-than-normal valuations in the stock market. But instead, bull market sentiment is as euphoric as ever, and valuations have ramped up to near all-time highs just as the earnings stream that supports the market has collapsed.

Investors feel bulletproof yet again, extremely confident that the bear market is over because “the Fed has their back.”

But what entity is really supporting investors? What has their back?

Lately, much media attention has been lavished on a new generation of day traders who use modern versions of the 1990s internet “chat boards” to share trade ideas.

The quality of these ideas is extremely low, as shown by the recent frenzy for bankrupt stocks like Hertz that are clearly worth nothing and distressed stocks like American Airlines that could easily be worth nothing by late 2020.

Nonetheless, a temporarily popular idea (no matter how poorly researched) can have outsized effects on market pricing.

I suspect it’s a combination of shallow depth in the order books for many stocks and the high-frequency trading (HFT) shops that are the first to pick up on a retail trader frenzy.

When online brokerages shifted to a commission-free business model, following pioneer Robinhood, the pace of mini-spikes and crashes in individual stocks seemed to multiply. That’s because HFTs pay the no-commission brokerages for “order flow.”

Payment for order flow not only results in HFT front-running of retail investor orders; it also delivers market intelligence to HFT shops and other algorithm-based traders.

This generation of retail day traders might be exerting a much more powerful influence on stock prices than is widely assumed. The buying power of retail traders has been multiplied by the way the trading system has evolved.

Said differently: The market prices of many stocks are being set by the least-informed, least-experienced investors because their buying power is being magnified by HFT buying.

Combine this phenomenon with the passive-investing trend (indexing and ETFs) and we have a market that’s being mostly driven by ill-informed investors.

A long list of short sellers have argued convincingly for years that Wirecard is an accounting fraud. Yet it took a specific set of catalysts (including Wirecard’s auditor finally doing its job) to reveal the fraud that lay beneath the surface.

The whole time, retail investors, institutional investors, index investors and even German government regulators chose to either not understand the stock they owned or defend it against valid criticisms from short sellers.

At the stock’s all-time high in September 2018, German-listed Wirecard had a market cap of €23 billion. It’s likely to be worth zero in the near future.

I mention this case not to imply that Wirecard-style accounting frauds are everywhere but to highlight this point: When a critical mass of investors are all thinking the same way, a company perceived to be worth billions one day can be perceived as nearly worthless the next.

At its peak, Wirecard could do no wrong in the eyes of its shareholders and defenders. Confidence surely grew when shareholders saw that German financial regulators “had their back” against the claims of supposedly evil short sellers.

The tragic case of Wirecard applies to today’s day trader-driven market for many individual stocks because so many popular stocks have been pumped up by echo-chamber sentiment. A near-universal belief that the Fed “has my back” is part of the echo chamber.

But again, the only real entity that has their back (for now) is the supply of new money that comes from other bullish investors. Yet that supply, which includes buying pressure from HFTs, can turn on a dime once momentum shifts.

This is a message I’ve relayed before, but it bears repeating: Stock market bulls tend to think similarly. They move in sync. So when the mood shifts abruptly and bulls turn cautious, prices can fall sharply.

In his book Aftermath, Jim Rickards explains the concept of “hypersynchronicity.” It’s a state of the market in which most of the players have similar strategies and expectations in the months leading up to crashes.

Groupthink and herd behavior are pervasive near a market’s peak. An unstable number of investors has herded into an asset class. These investors are hoping to sell to other investors who may have a similar philosophy but have an even greater risk appetite.

An efficient, stable market for stocks requires a set of actors with diverse philosophies and viewpoints. If most market participants have piled into similar strategies and trades, you can end up with a market that is setting new all-time highs yet becoming increasingly fragile.

“Markets now confront a lethal brew of passivity, product proliferation, automation and hypersynchronous behavioral responses,” Jim writes in Aftermath. “This accumulation of risk factors is entirely new and outside the experience of any trader or quant.”

Traders and quants have no historical analogue that can plug neatly into their automated trading models. Most quants recognize this dearth of historical analogues, so they make up for it by constantly tweaking the inputs to their models to match what worked in recent history.

With so many quants flocking to trends that are “working,” the end result is groupthink on a mass scale. Groupthink reaches a critical state once investors have dangerously similar strategies and expectations.

If some surprising new factor — a second wave of coronavirus cases or a monetary system earthquake like a Chinese currency devaluation — causes expectations to suddenly change in a hypersynchronous market, then we should not be surprised to see a crash.

The seemingly relentless bid under most stocks can suddenly relent. Although it feels wasteful at times to implement bearish trades, I’m confident they will be valuable in hedging your portfolio against losses if a hypersynchronous market morphs from a bubble into a crash.

And that looks increasingly likely.