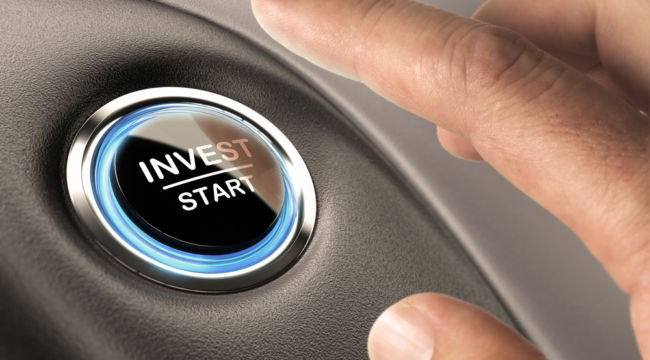 The raging pandemic has served one high and worthy purpose:

It has made obvious — to all with open eyes — that the stock market is a crook’s game, a vast swindle.

How else could the stock market regain so many of its initial pandemic losses… while 16 million Americans file unemployment claims… and second-quarter GDP may contract 40%?

The Federal Reserve has expanded its balance sheet some $1.6 trillion these past four weeks.

There is your answer.

All vestiges of fair and honest markets have gone whooshing down the chute.

The Federal Reserve heads a tremendous gambling racket. It deals dishonest cards. It weights the dice. It tinkers the slots.

Anything and everything it will do to rook bears out of their rightful jackpots.

And so we ask:

Where would the stock market presently sit without the Federal Reserve’s massive fixing?

The numbers men at One River Asset Management have tackled the question.

First we look in on the blackjack table…

A Touch of Reality

We learn this morning that March retail sales plunged a savage 8.7% — a record jolt to business. No previous figure approaches it.

That represents its steepest monthly fall since January 1946… not long after the nation began beating its belligerent swords into peaceful plowshares.

Meantime, earnings season is once again upon us. And corporate earnings are presently dropping away…

If this is a precursor to what we can expect throughout the U.S.… there’s no word for it. This reflects the complete shutdown of the economy.

Yes it does. Yet the abysmal numbers were all but guaranteed. And still the stock market jumped for weeks.

Yes, the market was down today.

Yet we suspect further pledges of Federal Reserve trickery will coax stocks up again — for a time at least.

BlackRock is the largest asset manager on Earth. It is also in command of the Federal Reserve’s asset-purchasing program.

This is the program that is lifting creaky debt off corporate balance sheets… and dropping it into taxpayers’ laps.

And what is BlackRock’s present investment strategy?

We will follow the Fed and other [developed market] central banks by purchasing what they’re purchasing, and assets that rhyme with those.

That is, the central banks will ultimately select BlackRock’s investments. What kind of capitalism is this?

And is there not something uniquely swinish about this arrangement… perhaps even unlawful?

BlackRock is directly involved in the Federal Reserve’s asset purchases. It therefore knows which assets will get a lift. It can place its wagers accordingly — before all others.

Where is the Securities and Exchange Commission to investigate insider trading?

But markets are “ecstatic,” says Rabobank’s Michael Every.

That is because they need only lean back on their oars… and drift with the Federal Reserve’s gravitational tide:

Markets are ecstatic because there is no need to actually do any thinking at the moment. The Fed has made clear that there are to be no losers — or at least that one does not have to bother trying to pick the winners.

And so the Federal Reserve has quieted capitalism’s mighty gales of creative destruction. These are the gusts that push progress along, that push society along.

They blow away the inept and inefficient… and sweep in the new and improved.

But the Federal Reserve has hushed them down.

Each intervention piles up additional debt within the system. Thus the system sags under the added weight.

Progress slows as the laggards absorb capital that could have flowed into worthier hands. Yet the inefficient know they will not sink under. They realize the authorities will keep them up.

The authorities have been so reluctant to see the creative destruction that’s so important to successful capitalism that they had to make another stunning major intervention.

Ever since the Fed of the late 1990s decided to bail out the financial system post the Long Term Capital Management collapse, we’ve had rolling state-sponsored capitalism and large moral hazard. This has meant that each subsequent default cycle (or mini market cycle) has been less severe than the free-market parallel-universe version would have been and has left increasingly more debt in the system as a result and meant that the intervention necessary to protect the system has got greater and greater. In my opinion, it also helps lock in lower productivity as you keep more low/no growth entities alive.

This fellow cites productivity. Productivity is the source of authentic long-term prosperity…

No Productivity, No Growth

Productivity growth averaged 4–6% for the 30 years after WWII. But average productivity has languished between 0–2% since 1980.

Meantime, labor productivity averaged 3.2% annual growth from World War II through the end of the 20th century. But since 2011?

The United States government borrowed perhaps $12 trillion since the financial crisis — even before the latest debt delirium.

Where Will Productivity Originate?

We presently confront spiraling debt… and diminishing growth. The unfolding cataclysm will only deepen the trend.

If we only knew the source of that productivity.

But we conclude by returning to our question of the day:

Where would the stock market presently sit without the Federal Reserve’s mammoth manipulations?

One River Asset Management has taken up the question. Here is their answer: