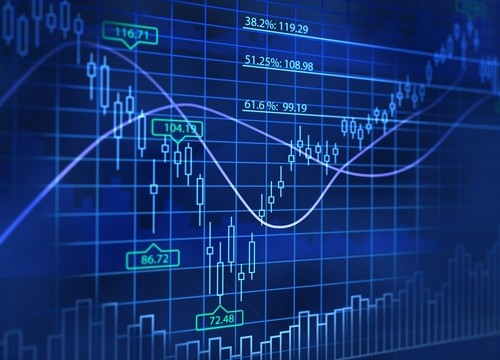 Lakshmi Mittal is the head of the largest steelmaker in the world, ArcelorMittal. It is a company he built up through many savvy acquisitions. As a result, Mittal is one of the richest men in the world. He also has a global perspective second to none, having run businesses in many different countries.

So when he said he may invest in a steel plant in Alabama, I listened. “Mittal Upbeat on U.S. Growth Prospects,” a Financial Times headline reads. This is man who could put a steel plant almost anywhere in the world. For him to say the U.S. is among the most appealing is saying something…

In an interview with that paper, Mittal said: “There’s an improved picture for housing starts, and automotive demand seems to be rising. If you look at the U.S. economy in general, then you see a good story.”

The FT sums up:

“U.S. manufacturing is poised to reap the benefits of cheaper energy, propelling the world’s largest economy into a growth phase, according to Lakshmi Mittal… [He] said that the new shale-based deposits in the region made him ‘much more optimistic’ than he was two years ago about the prospects for the U.S. economy.”

These are themes we have touched on before. Just before Thanksgiving, I wrote a piece to you called “Four Reasons To Remain Optimistic,” which talked about good stories developing in the U.S. economy. I got quite a few emails pushing back on that idea.

On my recent trip to Nicaragua, I spoke at my publisher’s Rancho Santana Sessions conference. I trotted out the more optimistic theme there too. I talked about the ongoing housing and banking recovery. I mentioned the energy revolution and nascent manufacturing revival. I got push back in Nicaragua, too. Lots of people seem to want to believe the country is screwed and, well, forget it.

Investors don’t think that way. No one ever created a fortune thinking that way. There are always opportunities. Always.

Now, I want to be careful here, because it is easy to get pinned as some sort of flag-waving idiot that doesn’t get what is going on. I get it. I get the debt levels, the fiscal crisis, the creeping socialism (and creeping fascism) and all the rest. Still, to use that as an excuse for not investing is, as oil tycoon Paul Getty once said, “only an excuse for not trying.”

We have been through worse.

Take the 1950s. I’ve been reading The Best of I.F. Stone. Izzy Stone (1907-89) was a great journalist and editorialist most famous for his influential newsletter, I.F. Stone’s Weekly. In the 1950s, the threat of nuclear war hung over the landscape like a bright moon on a starless night, and Stone has several editorials on the issue. At the time, mainstream papers talked about what to do if such an attack occurred. U.S. News & World Report carried a story, “If Bombs Do Fall.” Life magazine ran a story, “How You Can Survive Fallout.” It must’ve been pretty tough to think about investing with all that going on.

We could roll back further, let’s say to 1939. What a disaster the world looked like then. War in Europe. A Great Depression at home. Yet as we now know, many fortunes had their seeds in the ground before or during this time. Stone’s editorials, which span three decades, show how this ball of ours has always been full of serious troubles. And yet…

During my talk, I quoted from an entertaining little book called The Very Very Rich and How They Got That Way by Max Gunther. I like it for its pugnacious attitude toward those wet blankets who want to quash any idea of getting rich. I like Gunther’s punchy prose, though his book is a superficial book on many levels. Anyway, Gunther writes:

“The men in this gallery… made their colossal fortunes in our own economic era or in recently phased-out eras that were not grossly different from our own. Each took the economic environment as it existed in his day and instead of letting it walk on him as most of us do, he grabbed it by the neck and beat it into submission… The supremely wealthy have always done that and always will. No matter what the environment was like, some men have figured out how to beat it. There is, it turns out, always a way.”

Keep in mind Gunther published this book in 1972 — which again, was another one of those periods with lots of macro worries. And Gunther makes a good point here why you want to invest with those proven owner-operators I love to talk about so much. The owner-operators are the ones who tend to figure out a way. They are the ones you want to invest alongside. (It doesn’t work all the time, of course. Nothing does. But I’d rather play the game this way than invest in some faceless company run by suits who own no stock save what they get through stock options.)

There are always big problems, too. But if you never play the game, you have no chance. My friend Eric Fry, who is co-editor of The Daily Reckoning and also spoke in Nicaragua, used the analogy that investment ideas are like trains — “They arrive and they depart,” as he said. Some arrive on time, some late. Some never arrive, or depart.

I’m not saying life and investing are going to be easy. (And I’m not bullish on the stock market overall, only on specific opportunities. I’m agnostic on the market as a whole.) In the end, there is no escaping another crisis of some sort.

Timing is the thing. And if you take the long enough view, the survival rate for everything drops to zero. At some point, the sun will burn out and that will end the story here for good. But I’ve never seen the point of taking such an apocalyptic — and paralyzing — worldview.

I am reminded of that witty investor Marty Sosnoff. “This is like Venice slipping gently but proudly into the mud over 400 years,” he wrote. “In the end, the mud wins, but there have been some memorable masked balls in between.” (This is from Humble on Wall Street, a true pleasure to read and one of my favorite finance books). Or as the great speculator Jesse Livermore once said: “It’s true you can’t take it with you, but you can sure as hell use it until you go.”

So to finish where I began: If you told me I could pick only one country to invest in, I’d pick the U.S. (Fortunately, I don’t have to make that choice, and there are plenty of wonderful places to invest overseas, too, as I’ve written much about.) I’m with Lakshmi Mittal. There are some good stories emerging here in the US of A, despite the problems.

Jeff Desjardins compares 10-year-old oil and gas company data with today’s information for a better perspective. Plus: He ranks the world’s top oil producers based on barrel production per day…