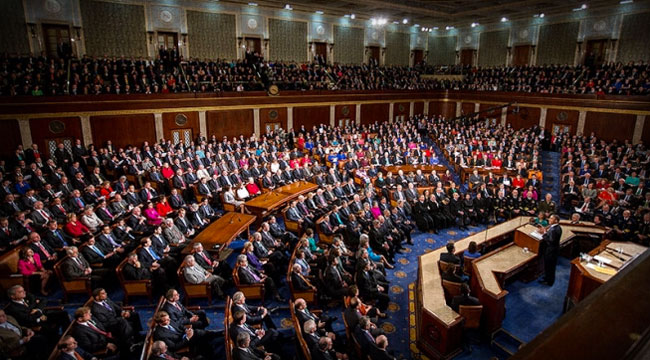 Hooray? The Internet sales tax appears to be dead, if not entirely buried. Somewhere, Amazon CEO Jeff Bezos is mourning in his beer.

A measure requiring all online retailers to collect state and local sales tax passed the U.S. Senate last year. But if this morning’s Financial Times is to be believed, House Speaker John Boehner won’t advance the bill in the House before the lame-duck 113th Congress wraps up its business for the year. Presumably, it won’t stand a chance in a Republican-controlled Senate next year.

Somewhere, Amazon CEO Jeff Bezos is mourning in his beer.

We’ve been following the progress of the proposal going back to the 112th Congress three years ago. The rationale is it would “level the playing field” between Internet retailers on the one hand and brick-and-mortar businesses on the other. And feed another $12-24 billion a year into the coffers of state and local governments. Can’t forget that.

Assuming it’s really a dead letter, we proceed to pick winners and losers…

The clear winner will be mom and pop online retailers. Score one for the small entrepreneur. For once.

Imagine someone selling trinkets online from her dining room table… having to sort out which of 9,600 combined state and local tax rates to apply when someone places an order. (And why, if she’s in Virginia, for instance, should she be collecting sales tax on behalf of the state government in California? She doesn’t “benefit” from any of California’s “services.”)

As it happens, Amazon threw its weight behind the Internet sales tax proposal. Of course, AMZN has the resources to sort out those 9,600 tax rates that the small fry doesn’t. But Amazon had also developed proprietary sales-tax software it would’ve been happy to provide the woman selling trinkets online from her dining room table.

For a 2.9% surcharge of each transaction.

Now Amazon won’t be collecting that vigorish… so we chalk it up as a clear loser.

Amazon never broke out its projected revenue from the sale of that software to mom and pop entrepreneurs. But it’s revenue that won’t be rolling in now… and Amazon’s most recent quarterly “earnings” report showed no earnings at all, but rather a loss. When it does make money, it sports a price-earnings ratio somewhere in the 500s. (A P/E of 20 is considered pricey.)

Wall Street finally lost patience earlier this year with Amazon’s propensity for expansion — forever growing its sales, never mind its costs keep growing faster. The share price is down 25% from its 2014 highs back in January.

there’s a new way to profit from the traditional shopping mall.

Amazon is responding with revenue-raising measures that aren’t exactly endearing themselves to customers. Want the free super-saver shipping? You need a minimum order of $35 now. Used to be $25.

In light of the news this morning, don’t go picking a bottom in AMZN now. Heh…

Meanwhile, there’s a new way to profit from the traditional shopping mall.

Brick-and-mortar retailers are still hurting. Mall vacancies are stuck at 2009 levels, matter of fact. But venues that once housed department stores are now home to Internet servers and routers, reports The Wall Street Journal: “As America’s retailers struggle to keep up with online shopping, the Internet is starting to settle into some of the very spaces where brick-and-mortar customers used to shop.”

From Jackson, Mississippi, to Fort Wayne, Indiana, to our own home base in Baltimore… data centers are taking up former retail space. The tech consultancy 451 Research projects revenue from the biggest data center operators will rise 15% this year.

As you may now (if you’re a 5 Min. Forecast reader) 95% of all the data saved on computer networks were created in only the last two years. All those data need to sit somewhere — even if it’s mall space that traditional retailers have given up for dead.

P.S. In today’s issue of The 5 Min. Forecast I gave readers a chance to get in on an incredible penny stock research service… one that has already shown readers a certain stock in the data-storage space that’s up 24% in less than a month. To be able to access unique opportunities like this, click here to sign up for The 5 Min. Forecast, right now.