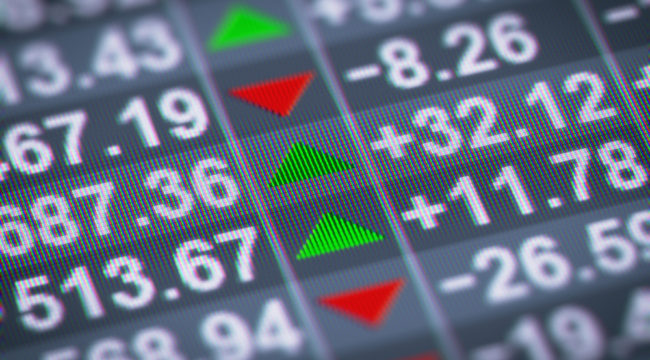 An Industry Growing Faster Than Tech In the ‘90s

As suspected, Trump’s choice for attorney general seems unlikely to destroy a $6.7 billion business with a growth trajectory bigger than that of the tech industry in the late 1990s.

After several years of skepticism about “pot stocks,” we came around to the possibilities of marijuana investing during 2016. Then in November, the president-elect picked Sen. Jeff Sessions (R-Alabama) to be his attorney general. Sessions is an unreconstructed drug warrior. As recently as last summer, he waxed nostalgic about the days of Nancy Reagan and “Just say no.”

The fear was that because pot remains illegal on the federal level, Sessions would unleash militarized federal law enforcement on the states that have nullified federal law.

We suggested those fears were overblown. Sessions has limited time and energy. He has to pick his battles with the “blue states.” He’s much more likely to go to the mat over immigration than over marijuana. Immigration, after all, was one of Trump’s signature issues.

Sessions himself said as much during his confirmation hearing yesterday.

“I won’t commit to never enforcing federal law,” he said. “But absolutely it’s a problem of resources for the federal government.”

Later in the hearing, he said, “The U.S. Congress has made the possession of marijuana in every state, and distribution of it, an illegal act. So if that’s something that’s not desired any longer, Congress should pass a law to change the rule.”

Heck, President Obama said much the same thing when he justified his administration’s refusal to take pot off the government’s “Schedule I” blacklist.

Bottom line: Sessions “was given the opportunity to take an extreme prohibitionist approach and he passed on it,” says Robert Capecchi of the Marijuana Policy Project.

“There are two sides of Sessions,” adds our resident trend forecaster Gerald Celente.

“When you look at Jeff Sessions’ track record, he’s one of the few people in Congress opposed to these stiff sentences imposed upon people for dealing drugs.”

“Sessions is going to be carrying out the orders of the president. I mean, Trump’s a guy from New York. You think his kids ever got high or Trump’s ever been around people smoking a joint? This isn’t foreign to him. Let’s grow up about this. So Trump is looking at this again.

“Let’s go back to the facts. Remember when gambling was illegal? As soon as they legalized it down in Atlantic City, in Jersey, what do you have? Trump casinos. He’s in the business. Trump’s a businessman, and so we believe the marijuana business is going to flourish and grow under a presidency where the business of America is now back to business.”

We haven’t forgotten the part about pot having more growth potential than tech during the dot-com boom.

Arcview Market Research — which tracks the weed industry as closely as anyone — is out with new figures saying legal sales of marijuana in North America totaled $6.7 billion in 2016. That’s a 30% increase over the year before.

Little wonder, when sales in Colorado, Washington and Oregon — where recreational pot is legal — jumped 62% between September 2015 and 2016. And soon California, home to one in eight Americans, is coming on board. Arcview projects 25% annual growth through 2021, making for $20.2 billion business.

“To put this in perspective,” writes Debra Borchardt at Forbes, “this industry growth is larger and faster than even the dot-com era. During that time, GDP grew at a blistering pace of 22%. Thirty percent is an astounding number, especially when you consider that the industry is in early stages.”

“It’s as big as the end of Prohibition,” Gerald Celente adds.

“Think of when Prohibition ended in the United States. 1933. What’s going on in 1933? The Great Depression. They needed money, so they decriminalized alcohol, and they took control of it, so you could, when we buy the booze, they get their share of the taxes.

But beware: “As the industry grows, there are going to be a lot of false promises about where the money is in the marijuana industry. I have the inside scoop on the industry and just how big… how far reaching… how life changing it will be.”