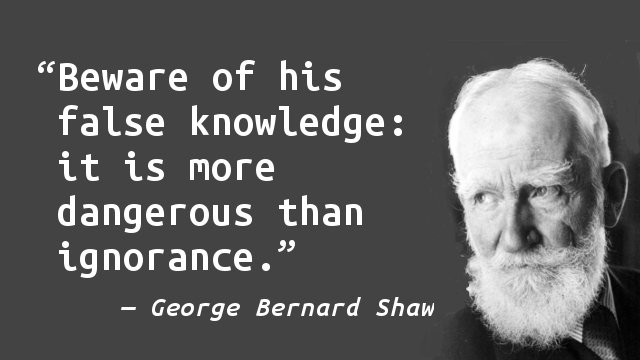 Michael Smithson, a social scientist at Australian National University uses this analogy about knowledge and ignorance:

“The larger the island of knowledge grows, the longer the shoreline – where knowledge meets ignorance – extends. The more we know, the more we can ask. ….Answers breed questions. Curiosity isn’t merely a static disposition but rather a passion of the mind. ….Mapping the coast of the island of knowledge, to continue the metaphor, requires a grasp of the psychology of ambiguity.

The ever-expanding shoreline, where questions are born of answers, is terrain characterized by vague and conflicting information. The resulting state of uncertainty, psychologists have shown, intensifies our emotions: not only exhilaration and surprise, but also confusion and frustration.”

Matthew Winkler, Editor-in-Chief Emeritus at Bloomberg, opines that, “Markets, represent the judgment of buyers and sellers of what’s valuable. By that yardstick, shareholders already have decided that Obamacare is a boon for the American economy.”

The facts, however, seem to repudiate Winkler’s views. According to Bankrate.com, which conducted a survey of 1,000 adults, nearly one in three (29%) American adults (that’s roughly 70 million) have no emergency savings at all – the highest percentage since Bankrate began doing this survey five years ago. What’s more, only 22% of Americans have at least six months of emergency savings (that’s what advisers recommend) – the lowest level since Bankrate began doing the survey.

These findings mirror others – all of which paint a rather unambiguously abysmal picture of Americans’ ability to withstand an emergency. Greg McBride, the chief financial analyst for Bankrate.com, says these low savings reflect that households haven’t seen their incomes ramp up and thus ‘household budgets are tight.’ Plus, he adds ‘people don’t pay themselves first – they wait until the end of the month to save what’s left over and then nothing is left over.’

I wish my American readers a wonderful Thanks Giving Day, and please remember with respect to the coming elections that, “There is nothing more frightful than ignorance in action” [Johann Wolfgang von Goethe].

With kind regards, yours sincerely,

Marc Faber
for the Gloom, Boom and Doom Report

Since the New Year, Ukraine’s currency – the hryvnia – has collapsed, losing 51 percent of its value against the U.S. dollar. Professor Steve Hanke explains why it may go down in history as the world’s 57th episode of hyperinflation.