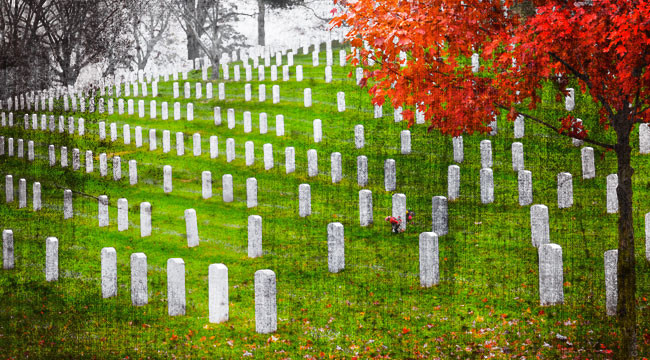 "Hurry up and Die"

Japan’s “universal” health care system, like all such systems the world over, is in trouble, with costs rising and the population aging. Nearly 25% of Japanese are over the age of 60, a proportion expected to increase to 40% over the next 50 years. Since the old generally require more — and more expensive — medical treatment than the young, the increasingly aged population is putting a severe strain on Tokyo’s health care budget. End-of-life care, which can last for months at great expense, is especially problematic.

One Japanese politician, however, has come up with a solution: Just let the elderly die, instead of treating them.

“Heaven forbid if you are forced to live on when you want to die. I would wake up feeling increasingly bad knowing that [treatment] was all being paid for by the government,” finance minister Taro Aso said during a meeting of the national council on social security reforms. “The problem won’t be solved unless you let them hurry up and die.” (Emphasis added.)

Aso’s remarks constitute a classic gaffe, defined by journalist Michael Kinsley as a mistake that occurs “when a politician tells the truth — some obvious truth he isn’t supposed to say.” (As befits such a gaffe, Aso was forced to backtrack; outright lying, on the other hand, seldom gets a politician into serious trouble.)

The truth in Aso’s statement is that denying health care to the most vulnerable is the inevitable outcome of socialized medicine: By making health care seem free, universal health insurance increases the demand for medical services. That drives up the price of the services, putting the squeeze on the government’s budget.

At first, the government will raise taxes to cover the extra costs; indeed, Japan has already set in motion an eventual doubling of its sales tax for just that reason. After a while, however, the people resist having more and more of their wealth confiscated, leaving the government no alternative but to cut services; and the people who use those services the most will be the first to feel the pinch.

That is, in fact, what is already happening in Great Britain, a country that has suffered under socialized medicine for 65 years. There, under a program of sedation and dehydration called the Liverpool Care Pathway (LCP), National Health Service (NHS) hospitals euthanize about 130,000 people a year, most of them elderly and many of whom, doctors argue, could go on to live significantly longer. The LCP is known also to be used to kill children and babies who are deemed beyond help. Hospitals are paid handsomely by the NHS for meeting goals for use of the LCP. According to Dr. Patrick Pullicino, a British neurologist, one reason for the increased use of the LCP is “pressure on beds” — the shortage of care that always occurs under socialized medicine.

Despite Aso’s lack of tact — he also referred to elderly patients who cannot feed themselves as “tube people” who each cost the government “several tens of millions of yen” per month — he does seem to understand the underlying problem with his country’s health care system. He did, after all, say that he would feel bad about forcing taxpayers to foot the bill for his own end-of-life care, and later added that he had instructed his family to refuse such long-term care for him.

Five years ago, when he was prime minister, he complained of having to pay ever-increasing taxes to cover health care for people in his own age group “who dodder around and are constantly going to the doctor” while he “[walks] every day and [does] other things” to stay healthy. That, in a nutshell, is the problem with socialism: It forces some people to subsidize others — even when those others act irresponsibly.

Unfortunately, Aso did not draw the correct conclusion from his insight. He assumed that socialized medicine must continue, and declared that denial of care, the denouement of every universal health care system, must follow in order to keep the system afloat. He should, instead, have called for an end to Japan’s failing experiment in bucking the law of supply and demand and for a return to a free market in health care.

A free market would provide high-quality health care at low prices, making it accessible to the overwhelming majority of Japanese. For those unable to afford it, some providers would offer care at reduced rates or even for free. And knowing that government wasn’t going to look after people, charities, religious organizations, and mutual-aid societies would rise to the occasion and ensure that the remaining people got the care they needed.

Lest anyone think that is a utopian fantasy, let it be known that that is exactly how health care was handled in the United States prior to the mid-20th century, and Americans weren’t then known to die in the streets from lack of care. Yes, some probably fell through the cracks and died even though medical treatment could have saved them, but under universal health care, some people die when bureaucrats make deliberate decisions to deny care to them because it costs too much. That can hardly be considered an improvement.

9 of the Best Retirement Locations in the US

Michael Tennant is a software developer and freelance writer.