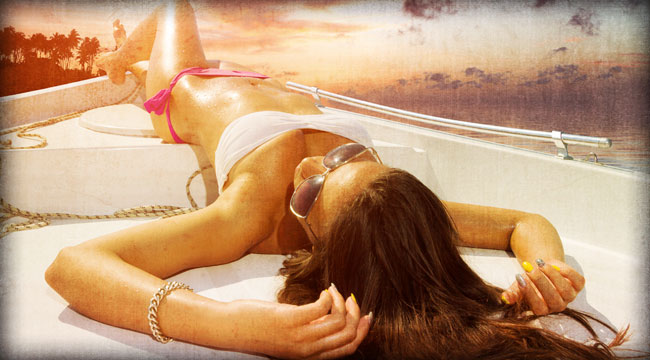 What do 8 of the 10 wealthiest people in the U.S. have in common?

Aside from being able to fly in private jets, the common thread is that each of them has made their fortune thanks to a start-up.

From tech titans like Bill Gates and Larry Ellison (founders of Microsoft and Oracle, respectively), to retail magnates like the Walton family (Wal-Mart), it’s the equity in their businesses that has created such vast wealth.

And while it’s hard to picture these colossal businesses as the “start-ups” they once were, the fact is, they had humble beginnings — in many cases, just two or three people in a room with an idea.

…the very best professional investors are wrong 70% to 80% of the time — and they still make a fortune!

Investors known as venture capitalists (or “VCs” for short) — like John Doerr from Kleiner Perkins, or Michael Moritz from Sequoia Capital, to name just two — have become billionaires by backing small companies.

And thanks to a revolutionary new law, everyday investors like you can invest in the same deals as these VCs.

As one study recently showed, you could potentially triple your money in the next 5 years by creating your own “personal venture capital fund.” Let me explain…

Venture capitalists raise money from investors — usually large pension funds, family offices and other large institutions. The VCs will then spend 3 to 5 years investing that capital into a portfolio of early-stage companies. They hope to start seeing money flow back to them in 5 to 7 years.

This is important. It means that even the very best professional investors are wrong 70% to 80% of the time — and they still make a fortune!

The reason is simple: a successful investment can result in massive gains. For instance, Google’s earliest investors earned 3,000% on their investment in only 5 years.

In other words: those investors could have written $10 million checks into 10 different companies, had 9 of those investments go to zero (losing $90 million!) — and still they would have earned a $200 million profit. And that’s with only one winner.

Obviously, investors seek more than 1 winner out of 10, but it illustrates two important facts about early-stage investing:

1. You need to be prepared to be wrong more often than not.

2. Given the likelihood of being wrong, you need to diversify!

This brings me to a very interesting study I came across.

The Kauffman Foundation — a not-for-profit organization dedicated to studying and fostering entrepreneurship — publicly released a database of historical data they had gathered. The study captured more than a decade of early-stage investing activity.

The study I’m referring to, which I’ll link to below, took the Kauffman data and ran some statistical tests on it. The goal was to determine the number of investments needed in order for an angel investor to double or triple their money.

In brief, the study concluded that if an angel were to invest in at least 20 companies, there would be a 98% chance of at least breaking even.

But if that investor backed 75 companies, there would be a 98% chance of at least doubling their money.

And if they made 500 investments, there would be a 96% chance of tripling their money.

Those are the statistics you need to keep in mind as you create your own portfolio of early-stage investments — your own personal “venture fund.” Which you can now do thanks to the JOBS Act — a law passed by the Obama administration that allows individual investors to fund private companies online. This type of investing is called Equity Crowdfunding.

To be clear, deciding on 75 or 500 investments is no easy task; it’s hard enough to choose one! But keep in mind this is a portfolio you’ll be building, and it will be constructed over the course of several years — similar to a traditional venture fund.

So when you, as an individual investor, decide to enter the world of equity crowdfunding, you should approach it like a venture capitalist — and be thinking along similar time horizons.

1. These types of investments are highly risky and speculative. Therefore, you should allocate only a small portion of your investable capital towards them.

2. In most circumstance, the shares you buy in early-stage companies are highly “illiquid” — meaning, there is no market for them, and you can’t convert those shares to cash. You need to have your eyes open to the fact that you won’t see that money again unless the company is acquired by a larger company, or goes public on the stock market.

Now that we’ve written about some of the risks and potential rewards, we’ll wrap up by saying that we’re big supporters of early-stage investing and equity crowdfunding. Before the JOBS Act, it would have been financially impossible for everyday investors to create a portfolio of 75 angel investments.

Now that you can invest as little as a few hundred dollars into a start-up and participate in the upside, a “personal venture fund” has become a reality.

Ed. Note: The profit potential of equity crowdfunding is astounding. And over the next few months, you’ll begin to see a variety of ways to take advantage of it. One of the best ways to stay up on this and other great opportunities is to read Laissez Faire Today. Ever day, this free service gets sent straight to your email inbox, and comes full of news, knowledge and at least 3 chances to discover real, actionable investment opportunities. So what are you waiting for? Sign up for Laissez Faire Today, for FREE, right here.