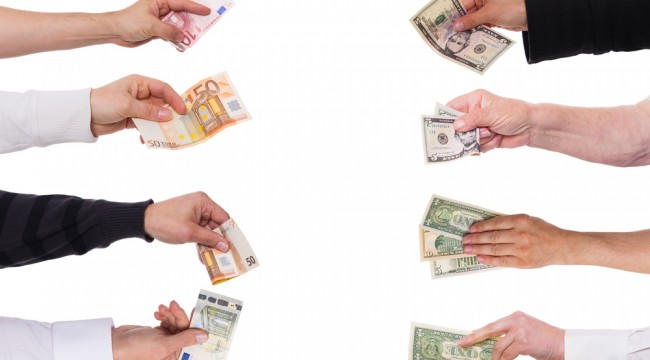 How to Create Your Own Consumer-Based Empire

On Friday, we spoke briefly about a “hidden” economy where you can test your product (and even sell it) for free…

In this “new economy,” you can even sell your product or business idea before you create it.

What we’re used to doing is spending tens (or hundreds) of thousands of dollars on creating a product and then… well… praying to the heavens.

Much of the time, unfortunately, our prayers fall flat. We end up with storage spaces full of unsold product…and ears full of the typical mantra from “mean-well” family members…

But that’s not the name of the game anymore. What you’re about to discover is a revolution in business and product creation.

It’s the beginning of what’s called the Economy 2.0. Which simply means supply and demand will soon start to match up in ways you might not even believe is possible.

Which, in turn, means we’re at the beginning of more wealth…less waste…and more fun.

Learn this simple strategy now, and you’ll be light-years ahead of industry mammoths.

Before we get into that, though, let’s build some context. Let’s dive into why this revolution is happening right now…

What we’ve uncovered may surprise you.

“We know that power is shifting from brawn to brains,” The End of Power author Moises Naim writes, “from north to south and west to east, from old corporate behomoths to agile startups, from entrenched dictators to people in town squares and cyberspace.

“But to say that power is shifting from one continent or country to another, or that it is dispersing among many new players, is not enough.”

The obsession on who is declining (namely the U.S.) and who is rising (namely China), for example, is, according to Naim, “a grand and perilous distraction.”

“Power is undergoing a far more fundamental mutation that has not been sufficiently recognized or understood. Even as rival states, companies, political parties, social movements, and institutions or individual leaders fight for power as they have done throughout the ages, power itself — what they are fighting so desperately to get and keep — is slipping away.”

Power, says Naim, is being flattened out.

And as a result, the old order is desperately clinging on for dear life. In the death throes, we see what appears to be instability, disorder, and paralysis all around us.

But, underneath the surface, something entirely different — and extremely exciting — is taking place.

And it has much to do with you…

While “Big” becomes passe, it’s easier now than ever for individuals to gain power for themselves…

As you read this, big players all around us are losing their footing.

They’re not nimble enough to keep up in this new landscape. As a result, there are “power gaps” going unclaimed…just waiting to be channeled into your product or idea.

It’s a market void. A want and/or a need. Just waiting for you to fill it with your product, art, or project. (The simple technique to spot these gaps and channel them into your product will be the topic of a future conversation.)

Though these gaps are nearly imperceptible, if you catch hold of one you’ll gain ENORMOUS upper hand in your chosen market.

They are just sitting there…waiting for innovative thinkers like you to come in and forge new paths…provide value…and leave the old, threadbare ways in the dust.

And unlike any other time in history…

“Small players” no longer require size, scope, history, or entrenched tradition to make their dent in the universe.

Whether you’re looking for a little extra income, or want to build your own mini-empire, it’s possible.

As I said on Friday, anyone can do it. And we’ll prove it. Right after this short break…

The revolution begins with an idea called crowdfunding.

Maybe you’ve heard of it.

It’s similar in concept to what I’m doing my FREE Laissez Faire Today e-letter. Each day, we ask for your feedback. Your voice, along with the voices of your fellow readers, influences the shape and tone of your daily issues.

This is called crowdsourcing.

The only difference between crowdsourcing and crowdfunding is…

With crowdfunding, cash is king.

You pitch an idea on a crowdfunding platform and people vote with their dollars. If they want to see your product or idea made real, they’ll give you the money you need to create it. And in return, you’ll give them your product once it’s finished.

Don’t worry if this sounds like a lot of work to set up. It’s actually really simple.

Ed. Note: Chris Campbell wants to teach you how to launch your product for pennies on the dollar (oftentimes it can be done for free) through crowdfunding. This technique will work, by the way, if you’re writing a book (you can use it to test the market’s “pulse” before you even write your first page)… developing a breakthrough product… or raising money for a special project. Sign up for Laissez Faire Today for FREE to be a part of the conversation and learn more about how to get your product off the ground.