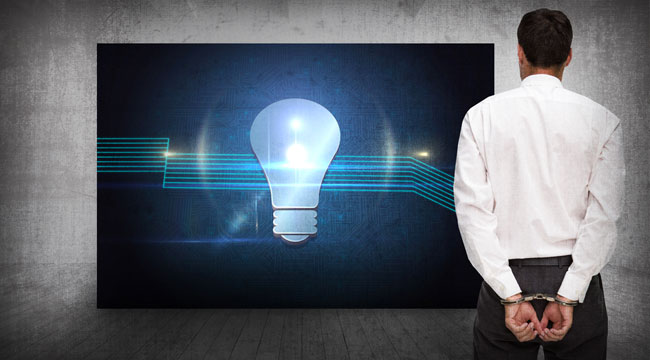 Regulation is getting really complicated. Don’t expect it to get easier any time soon.

Countless articles have been written lately about the very real business challenges created by the onslaught of new regulation in everything from finance to technology to health care. The gripes are justified. Ten years ago, there were two or three major regulators that most big companies had to deal with; now there are hundreds, creating a global patchwork of complex, often contradictory corporate compliance hurdles for multinational companies.

Why is this happening? One easy answer is that too-big-to-fail has led to a regulatory free-for-all that’s too-complex-to-manage. Sure, cash-strapped governments around the world see some new regulations as an opportunity to generate revenues and others as good sense guidelines to reduce the risk of another credit crunch. But there’s more to it than that. When you look closely at this golden age of regulatory scrupulosity, the real driver is innovation.

Right now, companies are innovating much faster than regulators can keep up with them. Take Michael Lewis’ controversial new book Flash Boys, for example. It chronicles the experiences of a group of high frequency traders as they find ways to exploit stock market inefficiencies by trading on information just fractions of a second faster than the competition.

To put that in a regulatory perspective, consider that the Wall Street Reform and Consumer Protection Act — commonly known as Dodd-Frank — was passed in July 2010 with the lofty goal of stopping abuses on Wall Street and protecting investors — and it’s still only half-way done.

As of April 1, just 52% of the 398 rules mandated in Dodd-Frank have been completed. This ominous stat was released last week by the law firm Davis Polk & Wardwell as an illustration of just how complex — and hard to implement — the law really is.

So, as regulators continue sorting through the intricacies of the last financial crisis, a book about the technology revolution that could cause the next one has arrived on the bestseller list.

This isn’t just happening in finance. In virtually every industry around the world, technology is disintermediating traditional supply chains and, in turn, upending decades-old regulatory structures that have been built around a certain way of doing business.

Even taxi cabs. Internet- and app-based Uber has completely turned the livery service business model upside down by exploiting tiny holes in the regulatory framework of the taxi industry. In New York, yellow-cab medallions are required to give drivers the right to operate a taxi and pick up street hails legally. At a medallion auction this past week, winning bidders paid as much as $965,000 for a single medallion.

To operate in New York, Uber side-stepped the medallion process altogether by using the Internet and mobile phone apps to replace the street-side hail, thereby classifying themselves as a radio dispatch car service instead of a yellow cab. You can see how that kind of disruption to an age-old marketplace can have big impacts on the way things need to be regulated.

A similar situation is unfolding in New Jersey as Tesla appeals a ruling that would force it to stop selling cars in the state. The issue for Tesla is that it is illegal to sell cars direct to consumers in New Jersey because it bypasses the traditional car dealer model that was created a century ago to keep auto manufacturers from having to invest capital in setting up networks of dealers.

At the time, laws were made to protect the growing network of dealerships from manufacturers setting up their own direct sales approach and undercutting dealer prices. Based on these laws, New Jersey has banned Tesla from providing sales and test drives from its two parent company-owned retail locations in the state.

That may have made sense in 1950. But, as I’ve written before, Tesla is not your father’s Oldsmobile, and neither is its approach to sales. Sure, there are showrooms where you can see the car and take a test drive. But that’s where the similarities end.

There is no haggling, no “let me go ask my boss” or “what can I do to put you in this car today?” You look; you drive; you scroll through the list of options and then you end up buying the car online, either from the dealership or from the comfort of your home. Unfortunately, that’s currently illegal in New Jersey.

A similar situation recently unfolded in New York, but Tesla was able to negotiate a compromise that kept its existing retail locations open. However, they are not allowed to open any new ones unless they are operated as franchised dealerships.

You could argue that examples like this could have an adverse effect on innovation. Google’s general manager of access, Kevin Lo, made that point loud and clear in a speech at the Broadband World Forum a couple of years ago, when he said:

“Regulation can get in the way of innovation. Regulations tied to physical infrastructure sometimes defer the investment altogether.”

Lo was talking, of course, about Google Fiber, the ambitious project his company has undertaken to roll-out super-fast fiber optic Internet throughout the country. The effort has been met with all sorts of regulatory hurdles from access to public rights-of-way and ability to use utility poles to municipal zoning restrictions.

The point of friction in all of these instances — whether it’s high frequency traders, taxis, Tesla or broadband Internet — is that technology has removed the middleman and, in so doing, created headaches for a regulatory system that’s been rooted in physical supply chain touch points for a hundred years.

What we are witnessing is nothing short of a new industrial revolution driven not by manufacturing, but by technology and its amazing ability to streamline old fashioned systems and processes.

Will regulation ever fully catch up? If history is any guide, what we can expect for the next decade or so is a period of intense growing pains as the transformation of the global economy continues to evolve with ongoing technology development.

We’re going to see more ironies like New York forcing Tesla to operate old-fashioned car dealerships as it simultaneously launches a statewide tax incentive program to bring innovative start-up businesses to the state. And we’re going to continue to see headaches as businesses figure out how to meet these challenges while still keeping the flame of innovation alive.

For those of us tasked with helping our businesses navigate this constantly changing landscape, it’s going to be an incredibly interesting ride. And surely one in which compliance with seemingly endless new regulatory changes is going to be a fact of life.

Joe Harpaz
for The Daily Reckoning

Ed. Note: Every so often, readers of the FREE Laissez Faire Today email edition get access to exclusive offers for Agora Financial products, such as Michael Lewis’ Flash Boys. But they don’t last forever. They’re often time sensitive or have only a limited number of spots available. To make sure you get first dibs on the next Laissez Faire Today opportunity, sign up for free, right here.

The Looming Crisis You’re Not Hearing About

All the talk about Russian tampering with the 2016 presidential election, which is vastly overstated by the way, diverts attention from the more fundamental problem: The vulnerability of America’s critical infrastructure to cyberattack by hostile actors.

Joe Harpaz is the head of the Corporate Market for the Tax and Accounting business at Thomson Reuters. He also serves on the board of a growing medical technology start-up. His writing analyzes the connections between economics and business opportunities, highlighting examples of where tax helps or hinders growth.